The stakes for refugees in the U.S. election

The International Rescue Committee calls on all candidates running for public office to highlight challenges and provide solutions to three important issues in the 2020 election.

Closing borders will not protect the United States from COVID-19. In fact, the refugees, asylum seekers, and other newcomers we welcome are part of the solution. Offering them protection can both save lives and make our communities stronger. And as the coronavirus reaches war zones and other countries where health systems have been weakened by crisis, it's more important than ever for the U.S. to play a leadership role in the global response.

All candidates running for public office in 2020, including Vice President Joe Biden and President Donald Trump, should address three key issues that affect millions of lives at home as well as the nearly 80 million displaced people around the globe.

Editor’s note: The U.S. election has been called for former Vice President Joe Biden. Learn more about what a Biden presidency means for refugees and asylum seekers.

For decades, refugee resettlement in the U.S. has had bipartisan support. Political leaders of both parties have recognized that the program saves lives and represents the best of the values the U.S. strives to uphold: the right to equal treatment; the commitment not to discriminate; and the determination to uphold human dignity. 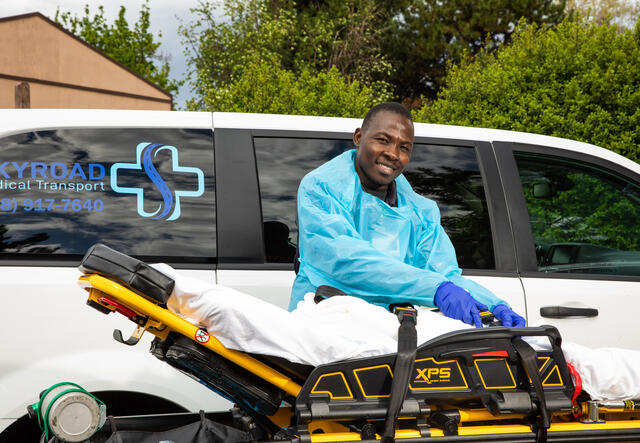 But despite the global need and overwhelming evidence that refugees enrich their new communities, the U.S. administration has set the cap on refugee resettlement in Fiscal Year 2021 at just 15,000. That is the lowest number during the modern resettlement program dating back to 1980; prior to the current administration, the average was 95,000.

Resettlement is a lifesaving solution only for those who are unable to safely return home or integrate into the country to which they originally fled: Less than one percent of all refugees are resettled each year. Many are in need of safety because they have been persecuted for their religion or their ethnicity. Some are widows, orphans or victims of rape, torture, political oppression or terror. Others are interpreters in danger because they worked alongside American troops in their countries.

In the U.S. refugees are often the people performing essential services during the pandemic, even as their communities are disproportionately impacted by the virus. Over 15 percent of refugees work in the health care industry, and many others hold essential roles in food processing, grocery stores, and restaurants.

In addition, hundreds have sought to undertake critical work in testing, contact tracing, or health care through Refugees.Rescue.org, the IRC’s platform for trained health care professionals who have been credentialed abroad but lack certification in the U.S.

The evidence is clear: welcoming refugees is lifesaving for people in desperate need, it is good for our country and our communities, and it is the right thing to do.

We’re asking all candidates running for office to call for the rebuilding of the U.S. Refugee Admissions Program and for the country to commit to welcoming at least 95,000 refugees annually.

Protecting the rights of asylum seekers

People request asylum because they are fleeing violence or persecution and need to ask for protection in another country. Seeking asylum is legal—even during a pandemic. No one should be criminalized or punished simply for exercising this right. 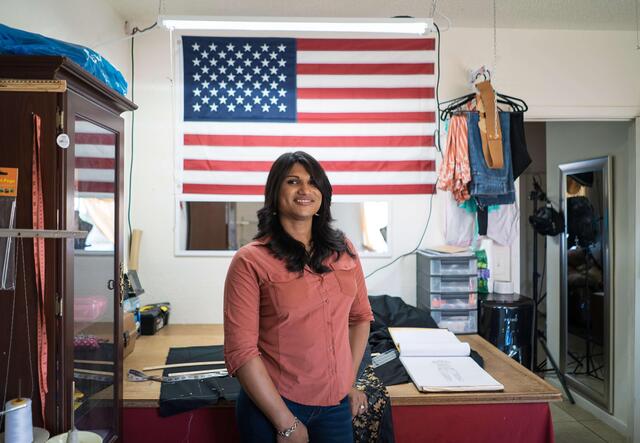 "Refugees and asylum seekers are a big group of people with dreams and hopes and one goal," says Lincy Sopall, a transgender woman and asylee living in the U.S. after enduring abuse in Honduras. "We come with the goal of helping the country that opens its doors to us and our families."
Photo: Andrew Oberstadt/IRC

Today, many asylum seekers at the U.S. border are traveling to escape violence in northern Central America: Honduras, Guatemala and El Salvador. Gang violence is rampant in the region. Women and girls are frequent targets of threats, punishments and extortion, common tactics used to control families.

Current U.S. policies turn asylum seekers away and send them back into danger. Prior to COVID-19, the administration’s Migrant Protection Protocols policy (MPP) forced asylum seekers to wait in Mexico to make their case. Then, in March, the U.S. administration moved to turn away all noncitizens at the border—with no opportunity to request sanctuary. Several months later, officials introduced a rule blocking asylum seekers who have passed through any country with COVID-19 cases. Although they justify the rule on “public health” concerns, it could allow for the deportation of health workers with pending asylum cases—even if they were never infected with the virus.

Blocking asylum seekers from entering the U.S. to seek protection is in violation of domestic and international laws.

Blocking asylum seekers from entering the U.S. to seek protection is in violation of domestic and international laws, even in these unprecedented times.  Local communities in northern Mexico have made valiant efforts to welcome those turned away at the border, but services are overwhelmed and asylum seekers often find themselves at on-going risk of violence and persecution.

Asylum seekers who do make it into the U.S. are often held in detention centers with track records of neglect for sanitation, medical care and personal safety. While US Immigration and Customs Enforcement (ICE) is likely underreporting COVID-19 infection rates in these detention centers, data suggests that over 20 percent of those tested are coming back positive for the virus.

U.S. policy decisions during the pandemic should be informed by public health best practices. Current asylum policies do not pass that test. Instead, they put asylum seekers in additional danger while doing nothing to make the U.S. safer.

We’re asking all candidates running for office to call for the U.S. to uphold asylum protections in accordance with domestic and international law and public health guidance, and to refocus U.S. efforts to support Central American countries to reduce the violence that is driving people from their homes, to respond to their needs, and to eventually make life safe and livable in northern Central America.

Leading the global response to COVID-19

As the coronavirus extends its reach, we need U.S. global leadership and aid more than ever.

The virus does not respect borders, and the need for cooperative action is especially important to countries with health systems that are less prepared to combat the disease. 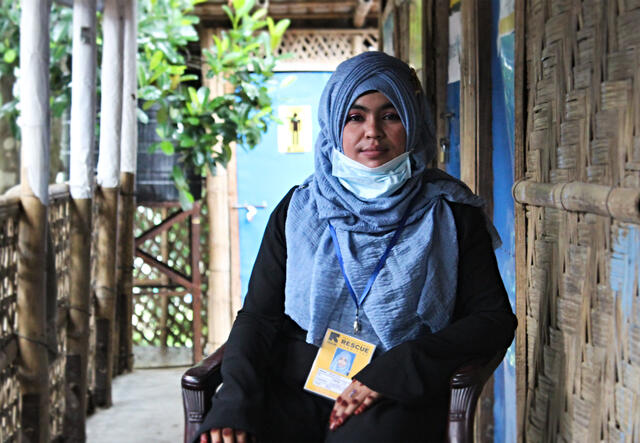 "The camp is a very crowded place and there isn’t enough soap,” says Yasmin, a a community volunteer and Rohingya refugee living in Cox’s Bazar refugee camp in Bangladesh. “There’s no electricity, so we can’t take baths properly. We’re in a very risky situation, living like chickens in a cage. It’s very tense—but we have to control our fear."
Photo: Maruf Hasan/IRC

To date, the COVID-19 crisis has lacked an effective global response in terms of funding, diplomatic engagement and global collaboration, in large part due to the failure of the U.S. to mobilize and lead. In previous crises, the U.S. has acted as the global convener, bringing together governments and the resources of the United Nations to agree to work together and meet their responsibilities to solve global problems.

In order to stop a virus like COVID-19 in an interconnected world, it must be defeated everywhere.

The U.S. must also work with the international community now to strengthen our global health pandemic response, working collaboratively to address the immediate and longer-term humanitarian and economic consequences of COVID-19. It is in America’s interest to lead the world towards stability and to double down rather than undermine the role of multilateral cooperation. Creating a stable world where fragile regions prosper helps keep Americans safe and America’s economy strong. After all, in order to stop a virus like COVID-19 in an interconnected world, it must be defeated everywhere.

Finally, we must ensure that even when we are not facing a global pandemic, we are working with the international community to strengthen health systems in vulnerable countries for the benefit of everyone.

We’re asking all candidates running for office to call for improvement in the U.S. response to COVID-19 in countries facing crises. We are asking them to embrace  fast, sustainable and flexible financing to frontline humanitarian responders. The U.S. must play a leading role in building a coherent global response, seeking to prevent conflicts, promoting humanitarian access and addressing other humanitarian needs.

A record number of Americans have turned out to vote in the U.S. election, and today, the country remains as deeply divided as ever. We all need to stand up and fight for the world’s most vulnerable, as Americans have for generations. We cannot allow refugees, asylum seekers, displaced people, and new Americans to pay the price of more divisive politics.

Join our advocacy community to show your commitment and help protect asylum seekers in harm’s way at the U.S. border, resettled refugees and other new Americans, and refugees and displaced people in crisis around the world.