There are now 100 million people displaced worldwide as a result of the Ukraine war and new waves of conflict and violence in countries including Burkina Faso, Myanmar, Yemen and Venezuela. Here's what you need to know.

The Ukraine war has pushed the number of people forced to flee conflict, violence and persecution over the staggering milestone of 100 million.

There were 89.3 million people already displaced around the world at the end of 2021, according to the United Nations High Commissioner for Refugees (UNHCR). In addition to the war in Ukraine, the number of forcibly displaced people worldwide is being propelled by new waves of violence or protracted conflict and crises in countries including Burkina Faso, Myanmar, Yemen, Venezuela, Ethiopia, Afghanistan and the Democratic Republic of Congo.

Overall, the number of displaced persons has more than doubled in the last ten years alone.

One hundred million people represent 1 percent of the global population and is nearly equal to the populations of the United Kingdom and Canada combined. The number includes refugees and asylum seekers as well as the more than 53.2 million people, and over 7 million Ukrainians, displaced inside their own country. 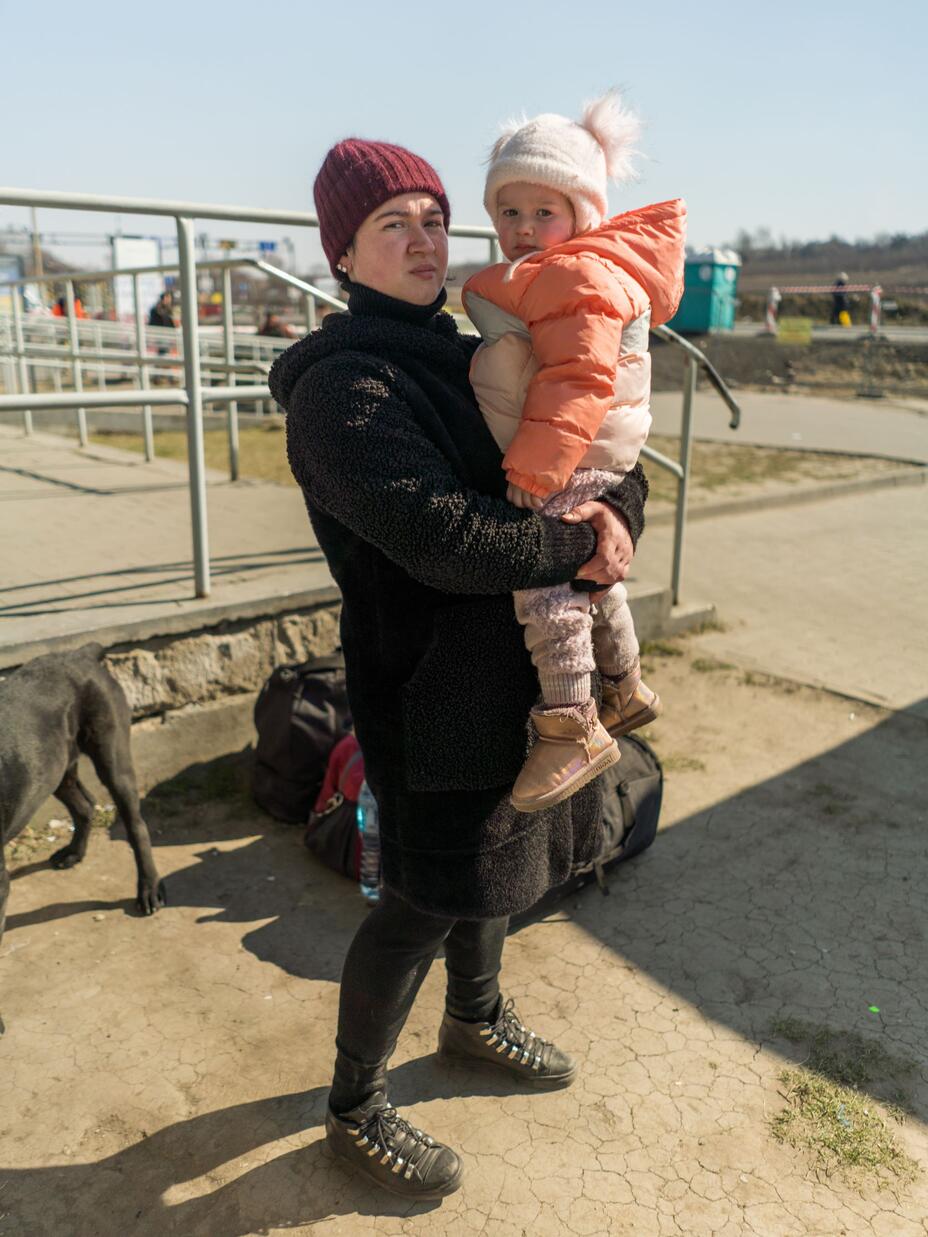 Maria waits for transportation with her daughter Daryna and dog Tyson outside of a supermarket in Poland, just a few hundred metres from the Ukrainian border crossing. At the time of this photo, they had just crossed into Poland from their home in Ukraine. "It was time to leave. I was also concerned about my child. I wanted her to stay alive, that no bombs would fall on us."
Photo: Andrew Oberstadt/IRC

Here’s what you need to know about this unprecedented humanitarian crisis:

What is the definition of a refugee?

A refugee is someone who has been forced to flee his or her home and cross an international border because of war, violence or persecution, often without warning. They are unable to return home unless and until conditions in their native lands are safe for them again.

An official entity such as a government or the U.N. Refugee Agency determines whether a person seeking international protection meets the definition of a refugee, based on well-founded fear. 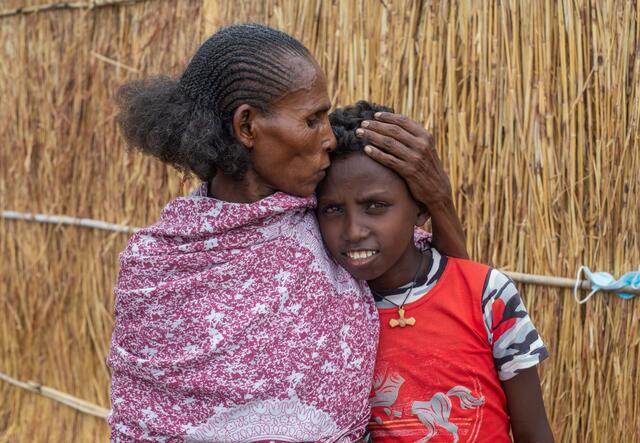 Wahid and her son Hafton fled Ethiopia after their homes were burnt down. Hafton participated in the IRC child safe spaces programme in Tunaydbah Refugee Camp in eastern Sudan.
Photo: Khalid Alarabi / Supported by the European Commission&#039;s Department for Humanitarian Aid and Civil Protection (ECHO)

Those who obtain refugee status are given protections under international laws and conventions and lifesaving support from aid agencies, including the IRC. Some may be eligible for resettlement in a third country, such as the United States.

An asylum seeker is someone who is also seeking international protection from dangers in his or her home country, but whose claim for refugee status hasn’t been determined legally.

Asylum seekers must apply for protection in the country of destination—meaning they must arrive at or cross a border in order to apply. Then they must be able to prove to authorities there that they meet the criteria to be covered by refugee protections. Not every asylum seeker will be recognised as a refugee. 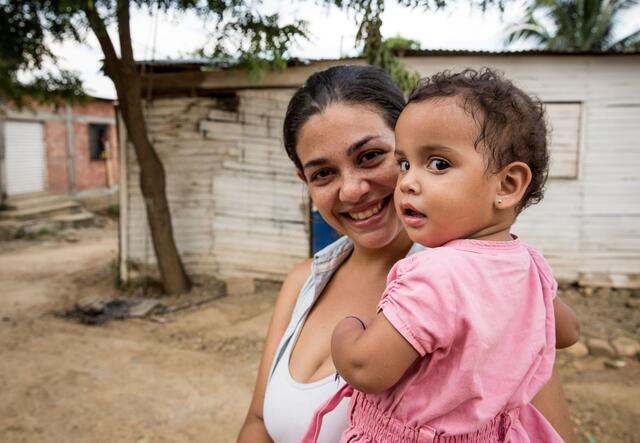 Andrea and her family fled Venezuela and live in an informal neighbourhood in Cucuta, Colombia. They share their home with another family, totalling eight people in one small house.
Photo: Andres Brenner/IRC

Today, many families escaping violence and persecution in Guatemala, Honduras, El Salvador, Haiti, Venezuela, Cuba, Nicaragua, and other countries in crisis have undertaken a dangerous journey to seek safety at the U.S.-Mexico border. It is important to know that crossing a border to seek asylum is legal, and protected by international law. People asking for asylum have often already tried to find safety in their country, but have encountered conditions similar to those they fled.

An internally displaced person is someone who has been forced to flee his or her home because of war, violence or persecution, but who has not crossed an international border. Instead, they are forced to move to a different place within their own country.

You can read more about the difference between migrants, asylum seekers, refugees and immigrants here.

Where do most refugees and displaced people come from?

In 2022, the war in Ukraine displaced more than 8 million people within the country and forced more than 6 million to leave the nation.

Decades of violent conflict and natural disasters in Afghanistan have created one of the world's largest refugee populations—and humanitarian needs have only skyrocketed since the shift in power in 2022. Over 681,000 people were internally displaced in Afghanistan last year alone. 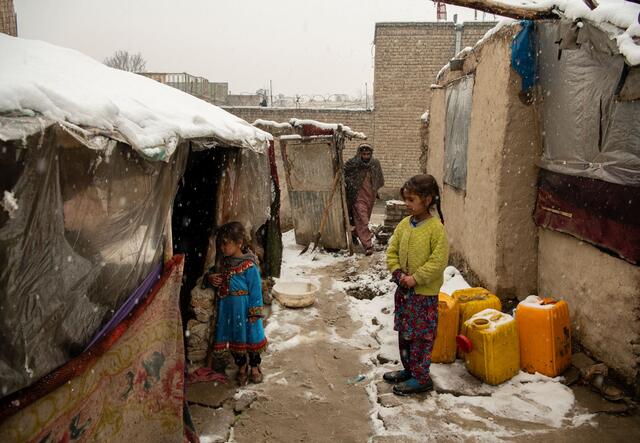 Mohammad Wali and his daughters stand outside their family's makeshift home in Kabul, Afghanistan, which endured a brutal winter.
Photo: Kiara Hayeri/IRC

Since conflict exploded inside Syria in 2011, millions of people have fled their homes. In 2021, there were 6.7 million refugees and asylum seekers from Syria around the world–more than from any other country.

Yemen has also been embroiled in a bitter war that has left 80 percent of the population in need of aid–and 3.6 million people internally displaced.

Somalia has been plagued by ongoing conflict and life-threatening droughts for decades, while climate change and conflict have displaced millions in Ethiopia. Both countries are currently facing a devastating hunger crisis intensified by drought, ongoing conflict, swarms of desert locusts, and surging food prices due to the war in Ukraine. 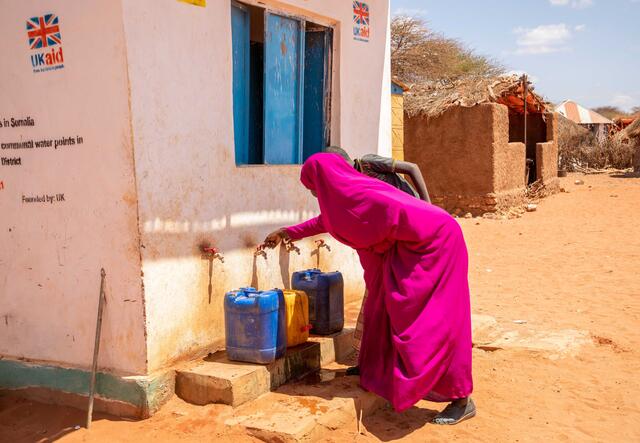 Fadumo's community in Somalia faced a severe water shortage during the drought as people risked dying of thirst. The IRC drilled a well, providing life-saving water amid Somalia's worst drought in forty years.

Many of those crossing the U.S. border from Central American countries—El Salvador, Guatemala and Honduras—are often referred to as migrants, but they are, in fact, asylum seekers. They have a well-founded fear of persecution if they were to return home.

Years of conflict have also displaced nearly 5 million people in South Sudan, 1.7 million in Myanmar and 5.5 million in the Democratic Republic of Congo.

Where do most refugees go?

The vast majority of refugees are stuck in protracted limbo. Less than 4 percent of displaced people returned home in 2020. Many lack access to basic services and are not allowed to work.

Less than 4 percent of displaced people returned home in 2020.

Low and middle-income countries host the vast majority of the world’s refugees: countries that account for just 1.3 percent of the global GDP are hosting 40 percent of all refugees. Many of these countries themselves are experiencing civil unrest.

Prior to the war in Ukraine, just three countries—Turkey, Colombia and Pakistan—hosted nearly a quarter of the world’s refugees. Conflict and crises in neighbouring nations, including Syria, Venezuela and Afghanistan, have forced millions to cross into these countries to seek safety.

The IRC launched an emergency response to the crisis in Ukraine in February 2022 and has been working directly and with local partners to reach those most in need. We are in Poland and Moldova delivering vital services including cash assistance, mental health support, medical supplies and equipment, and specialised social-service support for children and survivors of violence. 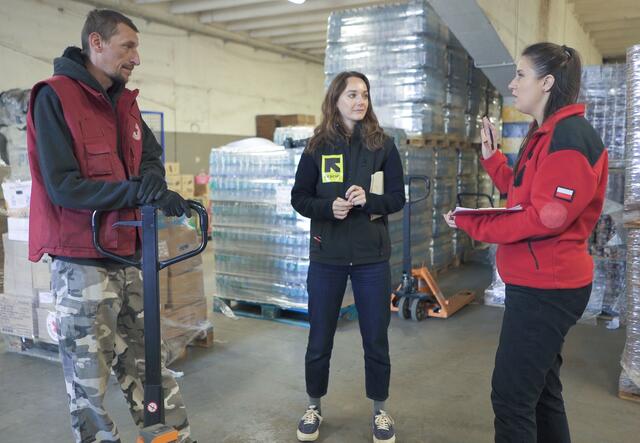 The IRC is partnering with the Polish Red Cross to make sure that people trapped inside Ukraine can have access to things like first aid kits, stretchers, emergency blankets and bandages.
Photo: Andrew Oberstadt/IRC

The IRC has worked inside Afghanistan for nearly three decades and currently reaches millions of people in thousands of communities, focusing on community-driven reconstruction projects and education. We support over 60 health facilities and provide information and training sessions about COVID-19. In recent years, the IRC has become a leader in women’s protection and empowerment in Afghanistan.

The IRC reaches communities in the Horn of Africa and the Central Sahel that are affected by conflict and natural disasters with support that includes water and sanitation, education, health care, economic livelihoods, and emergency support and protection. 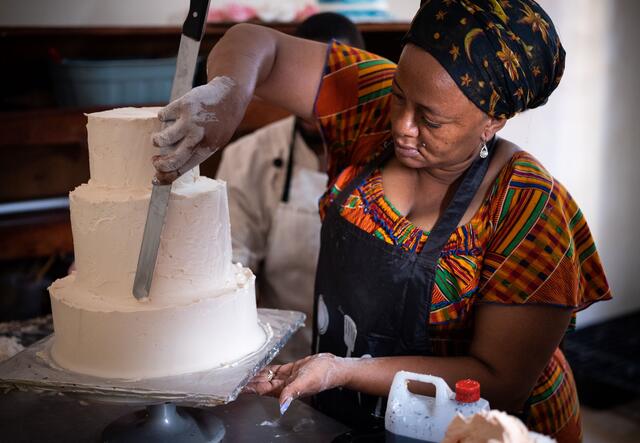 Suzane took part in the Financial Integration in Displacement (FIND) project, an IRC programme in partnership with Tufts University and the Open Society Foundations that helps refugees and migrants overcome barriers to financial stability. The programme placed them in four-month mentorships with local Ugandan business owners.
Photo: Nichole Sobecki/IRC

In Europe, the IRC was one of the first aid organisations to assist thousands of refugees arriving on Lesbos in 2015. IRC aid workers continue to work around the clock in Greece, Serbia and Italy to provide essential services, including clean water and sanitation, to families living in terrible conditions. And we are helping new arrivals navigate the confusing transit process and understand their legal rights. In Germany, we are helping refugees integrate into their new communities.

Last year the IRC started programming in the UK for the first time, working in partnership with local councils to provide integration support to refugees in Southeast England. The IRC's Refugee Integration in Southeast England (RISE) programme hosts a range of activities such as; group cultural orientation training to give refugees the knowledge and skills to navigate local services, employment counselling and peer mentorship schemes.

In the United States, we have more than 20 offices across the country that resettle refugees. We are also assisting families seeking asylum at the southern U.S. border.

The IRC is responding across the arc of the crisis in Latin America: helping people impacted by the Venezuela crisis in Colombia, Ecuadorand Peru as well as through local partners in Venezuela; supporting people at risk in northern Central America (Guatemala, Honduras and El Salvador) and along the main migration corridors in Mexico, from the southern to the northern borders. Additionally, after the earthquake that hit Haiti in August 2021, the IRC provided funding to support the work of FOSREF, FADHRIS and Kay Fanm, all local organisations implementing activities to satisfy priority needs.

Make a monthly donation to support refugees and other people affected by humanitarian crises. Your gift will help us provide food, medical care and emergency support services to families whose lives are shattered by conflict in countries around the world.