"Nobody is ever just a refugee. Nobody is ever just a single thing." At a speech at the United Nations in 2016, author Chimamanda Ngozi Adichie used the platform to recognise that refugees - like all of us - can’t be defined by one label. Whether they are mothers, fathers, brothers, sisters, teachers, nurses, or much else besides, everyone has a story to share.

Authors like Chimamanda are able to capture this complexity in powerful ways.

To mark World Book Night, we have asked five writers, literary agents, magazine editors and festival directors from the US, the UK and Germany to recommend books and magazines that offer new perspectives and help break stereotypes about refugees: 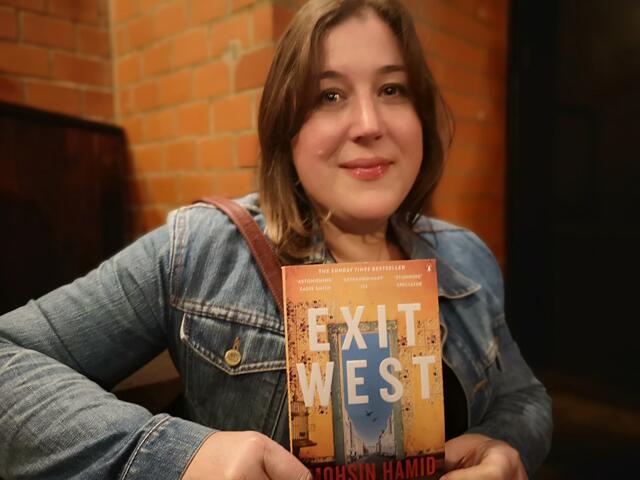 Recommended by Victoria Gosling, a British German writer and founder of the literary hub ‘The Reader Berlin’ and the international Berlin Writing Prize. Her debut novel ‘The Mysteries’ will be published by Serpent's Tail in summer 2020.

‘Exit West’ by Mohsin Hamid is a hugely exciting read. Romantic, playful, devastating and ambitious in scope, the novel tells the story of lovers Saeed and Nadia as they embark on an odyssey from an unnamed state on the brink of civil war to Mykonos, London and San Francisco - exploding stereotypes and subverting expectations along the way. A response to the refugee crisis, ‘Exit West’ isn't afraid to ask the big questions. Hamid's vision of the future, even though it takes place in a world more magical than our own, where people move via shadowy portals, is not un-hopeful. Urgent, angry, and pretty much un-put-down-able, ‘Exit West’ makes the reader wonder what they would do if they found themselves in Saeed and Nadia's shoes. 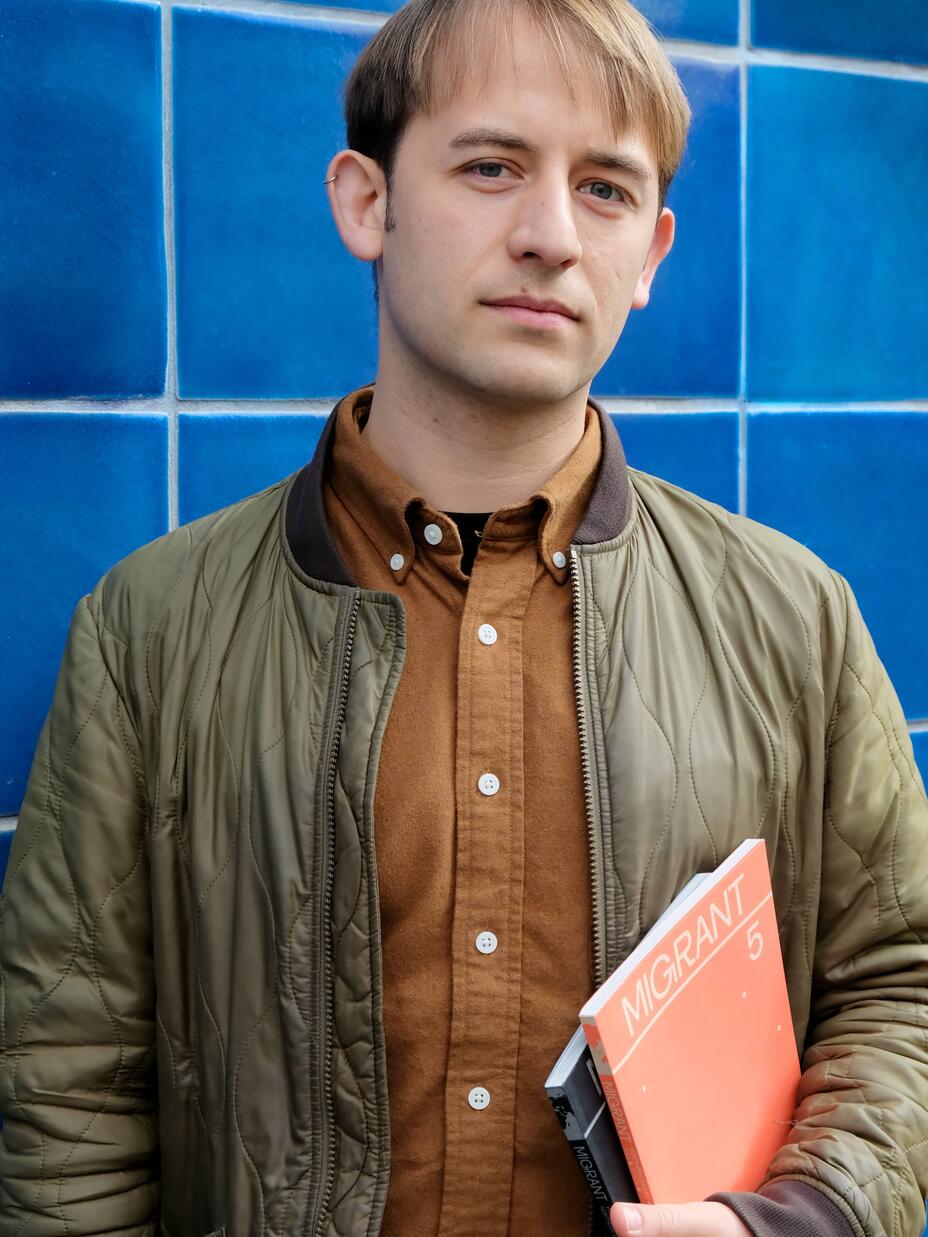 Recommended by Jake Schneider, the Editor-in-Chief of the literary and arts journal SAND.

People often imagine borders like dams – massive barriers calibrated in some control room – and forget that wind and water flow over them freely, as should empathy. ‘Migrant Journal’, a six-issue publication, understands the numerous currents around our planet and treats human migration as one layer among many. The gorgeously designed issues (concluding this May) explore “the circulation of people, goods, information, fauna and flora around the world and the transformative impact they have on space.” For example, we learn about the border fences around Ceuta, a European Union enclave in North Africa, but also about the tunnels of CERN’s particle accelerators, in which protons zoom across another E.U. border thousands of times per second. 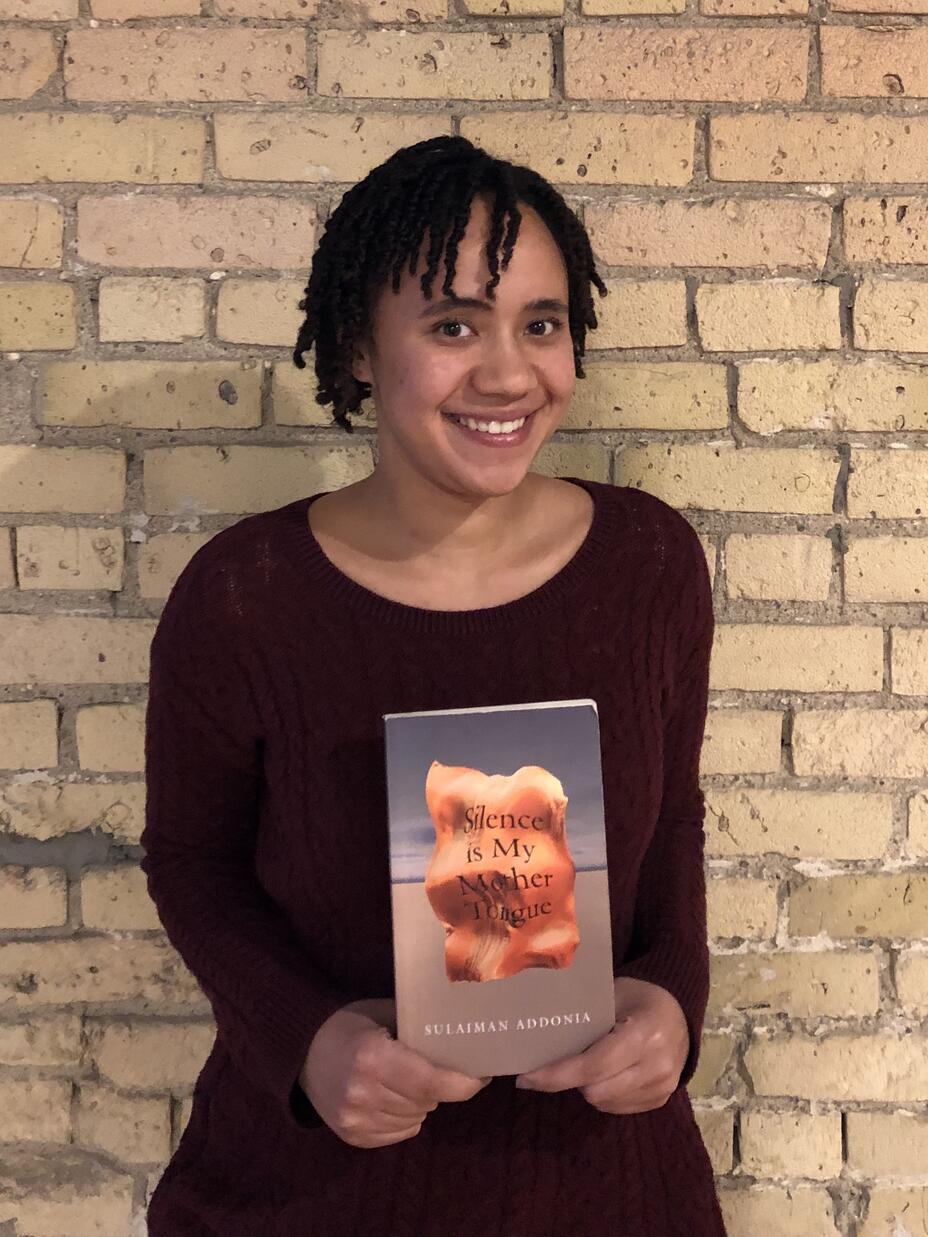 ‘Silence Is My Mother Tongue’ by Sulaiman Addonia

Recommended by Yana Makuwa who was raised in Harare, Zimbabwe, before moving to the United States to study literature at Cornell University. She currently works at Graywolf Press as an assistant editor, and lives in Minneapolis, Minnesota.

‘Silence Is My Mother Tongue’ tells the story of resourceful, self-possessed, and dedicated Saba, her sensitive, caring, and mute brother Hagos, and the East African refugee camp where they live after fleeing war. I was moved by Addonia’s dedication to a full and intimate portrayal of daily life in the camp, by how he transforms the typical refugee narrative. Although there’s no shortage of violence and struggle, the drama and attention of the book is focused on the characters’ most interior motivations. More than a novel about the conditions of exile and privation, it’s a story about love and desire, and what it means to discover one’s voice. 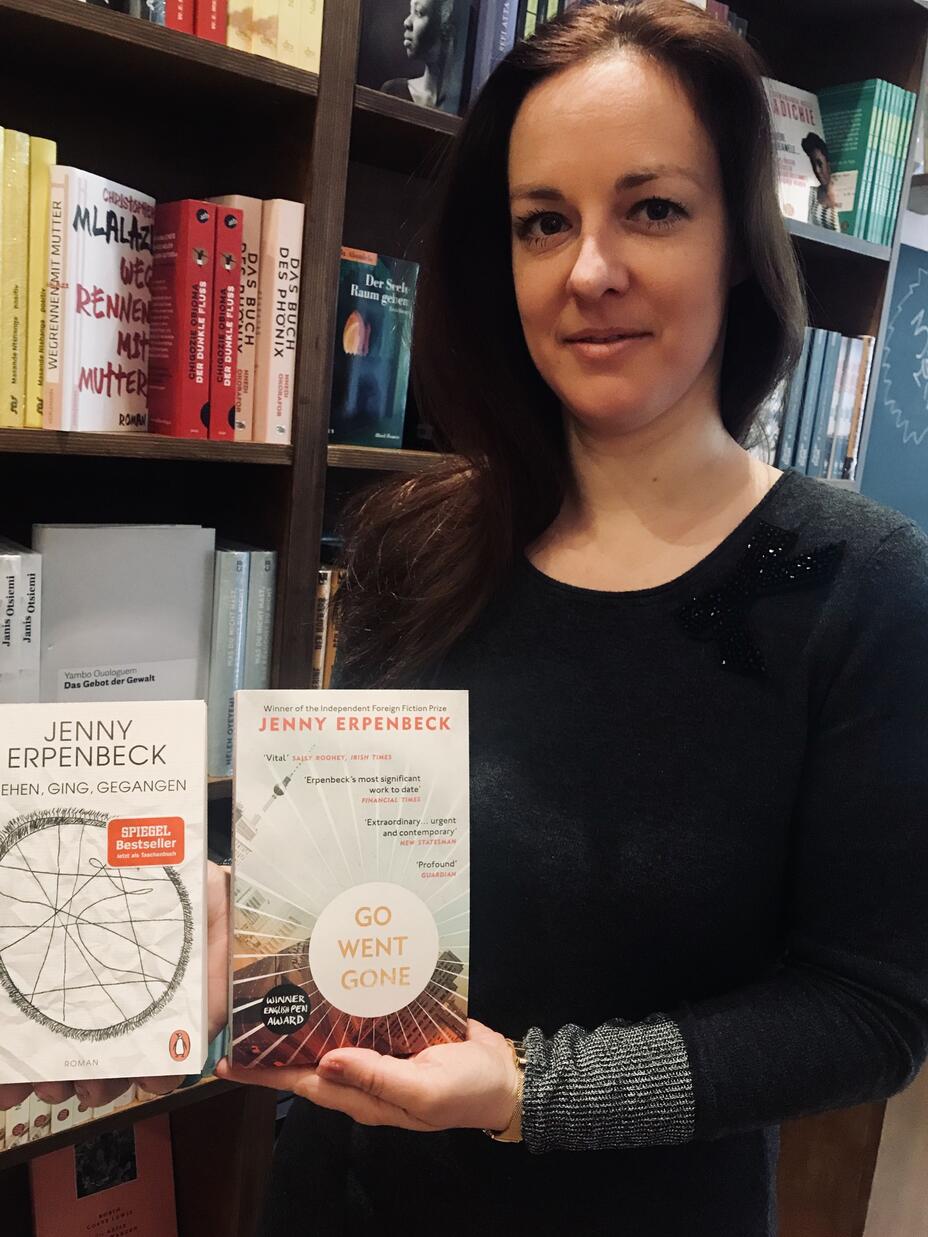 Recommended by Stefanie Hirsbrunner who is one half of InterKontinental, the literary agency behind Berlin’s African Book Festival which this year focused on the theme of ‘Transitioning from Migration’.

The novel ‘Go, Went, Gone’ was shortlisted for the German Book Prize in 2015 and its translation into English made the Man Booker Prize longlist in 2018. It is the seventh book by Jenny Erpenbeck, an award-winning director and writer born in the former East Germany in 1967. At the time this book was published, it was just as controversially discussed as its thematic focus, flight and migration. By using documentary passages, ‘Go, Went, Gone’ raises the question of who is actually referred to when people use the generalising term ‘refugee’. Although the book, with a white old man as the main character, has its limitations in regard to political and literary perspectives, it is not without its own relevance. Erpenbeck takes us to Berlin’s most central point Alexanderplatz, to the heart of Germany’s society, capital, republic, and provides a thought-provoking impulse that is well worth reading. 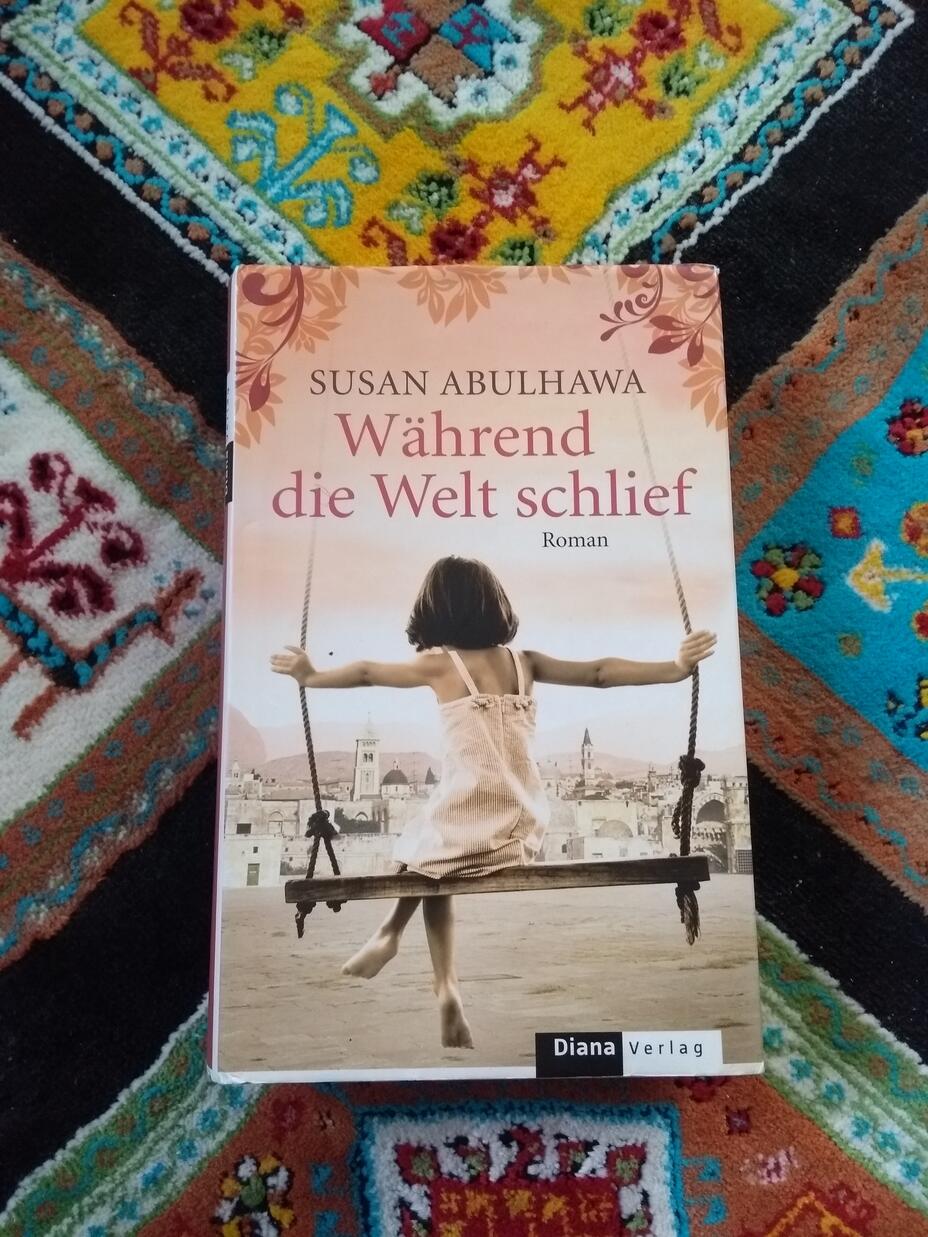 ‘Mornings in Jenin’ by Susan Abulhawa

Recommended by Nina Alerić, who as a young child fled with her family from Bosnia to Germany, pursued a career in teaching and is now working for the IRC as a Regional Education Officer in Mannheim.

‘Mornings in Jenin’ tells the story of a Palestinian family that was moved into the Jenin refugee camp. It is a novel about flight and displacement but also about everything that follows. The story suggests that escaping violence might not be the toughest of all the challenges facing refugees in a world where many people don’t share your experiences and have different concerns, being misunderstood by those around you can be just as challenging. ‘Mornings in Jenin’ also deals with the search for inner peace that is weighed down by hate and grief. This novel provides complex insights into four generations of a family that were forced to flee their home, opening up new perspectives.