The International Rescue Committee provides vital support to South Sudanese who are struggling to recover from decades of civil war and life-threatening food shortages.

Learn more about crises on the 2023 Watchlist.
Donate now

The region of southern Sudan had spent decades in the grip of ongoing conflict before South Sudan gained independence in 2011. The IRC provides lifesaving assistance and humanitarian aid to vulnerable South Sudanese who are trying to rebuild their lives and restore peace.

What caused the current crisis in South Sudan?

After decades of civil war, southern Sudan seceded from Sudan in 2011. The new country, South Sudan, enjoyed two years of fragile peace before political rivalry erupted once again into open conflict in 2013, leaving an estimated 380,000 dead and 2 million displaced. 2.2 million people have been forced to flee to neighbouring countries. 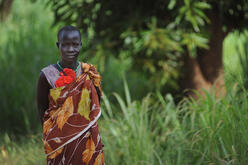 Today, while more than half of the population is facing crisis or worse levels of food insecurity, the omnipresent threat of violence has made it dangerous for aid groups to reach those most in need. Flooding has wiped out farmers’ harvests as well as basic infrastructure and health facilities.

A peace deal signed in October 2018 remains fragile and even if it holds, localised conflict will continue. A new unity government that took office in early 2020 faces the challenge of leading the country’s recovery from civil conflict amid unrelenting violence, an economic crisis, and now an unprecedented pandemic in one of the world’s weakest health systems.

What are the main humanitarian challenges in South Sudan?

South Sudan remains one of the poorest and most undeveloped countries in the world. Persistent conflict, desert locust swarms, an economic crisis, recurrent flooding and COVID-19 are increasing the risk of famine in 2021.

There is also a severe shortage of health care services and professionals. Medical facilities are under-equipped and unhygienic. Since many South Sudanese do not have access to clean water, deadly diseases such as malaria continue to spread. COVID-19 threatens to exacerbate the country’s health crisis.

Women and girls, in particular, are affected by the crisis, many facing violence, abuse and exploitation daily.

How does the IRC help in South Sudan? 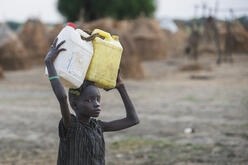 A boy fetches water in a camp in Ganyliel. Clean water is scarce in the area.
Photo: Peter Biro/IRC

The IRC has been one of the largest providers of aid in southern Sudan for over 30 years, offering emergency assistance throughout decades of war and supporting vulnerable populations in hard-to-reach areas. With 75 percent of our efforts focused on health care, our response includes capacity building in state clinics, training of local health workers, nutrition programmes, and sanitation services.

As South Sudan struggles to build a lasting peace, the IRC is focusing our efforts in the Central Equatoria, Northern Bahr el Ghazal, Unity and Lakes states by: 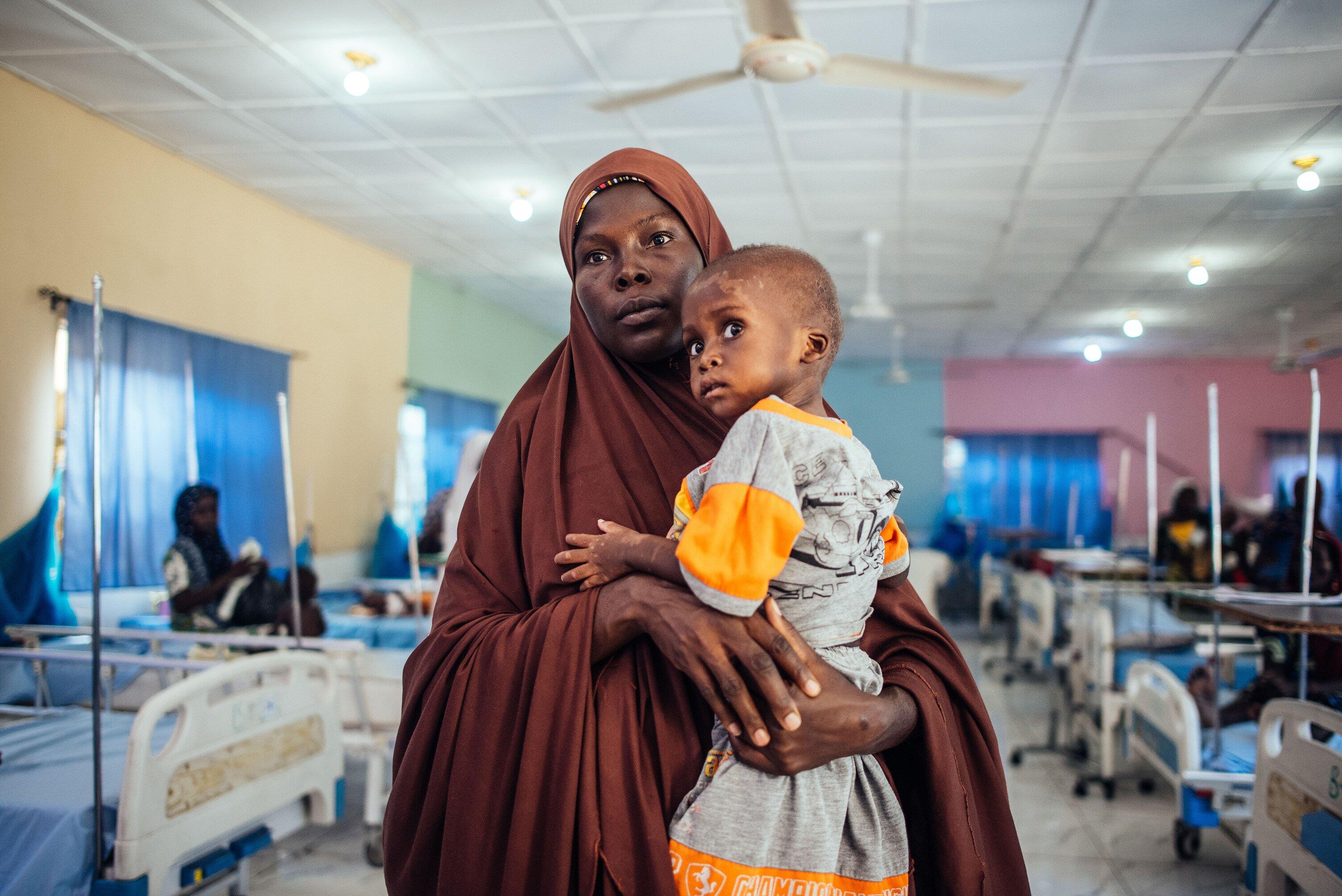 30-year-old Naima lost everything when the insurgencies happened in northeast Nigeria. Her family were left without enough food and her youngest child Hadi fell ill. Naima took her son to the IRC's mobile clinic where she was referred to the IRC’s stabilisation centre. Naima stayed at the centre with her son, caring for him in partnership with our trained staff, nursing him back to full health.
Her Story
Naima
Mother in North-East Nigeria
Crisis Watch
Our efficiency
Donate
Follow us
Rescue Websites:
IRC-UK is a registered charity, number 1065972.
Copyright © International Rescue Committee, 2023.
×