After the fire in Moria, it is hope that keeps Rahima alive

“People used to tell me, I wish I had your strength,” Rahima says. “I’ve been through a lot of hardships in my life, even if I fall down a hundred times, I’ll get back up again.”

Rahima is tough and she’s had to be. The 47-year-old has worked as a prison manager in Kabul, escaped death threats from the Taliban, survived a huge fire that destroyed an entire refugee camp -- all whilst bringing up her five children on her own. 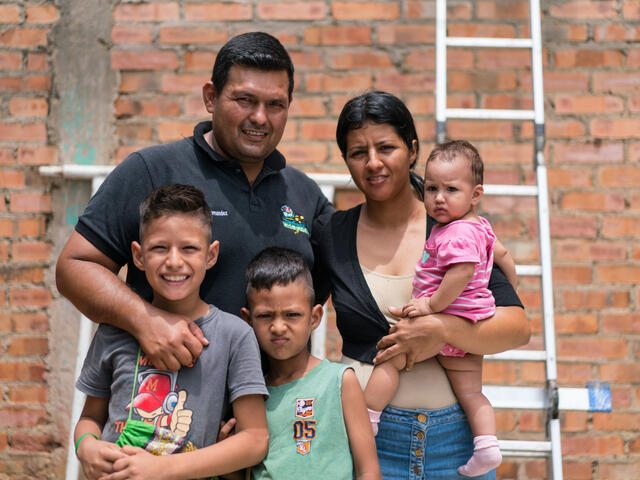 “For sure, it’s difficult to be a woman alone raising a family,” Rahima says. “The reason I left Afghanistan is that it isn’t safe – especially in Kabul. The Taliban would threaten us, our lives were always in danger. I wasn’t afraid of losing my life, but I was afraid of losing my children.”

Rahima and her children travelled from Afghanistan, through Iran, Turkey and then finally to Lesvos, Greece, where she still lives today. On route, they were lied to by smugglers and all their belongings were robbed, they also had to risk their lives crossing the Aegean in a dinghy. 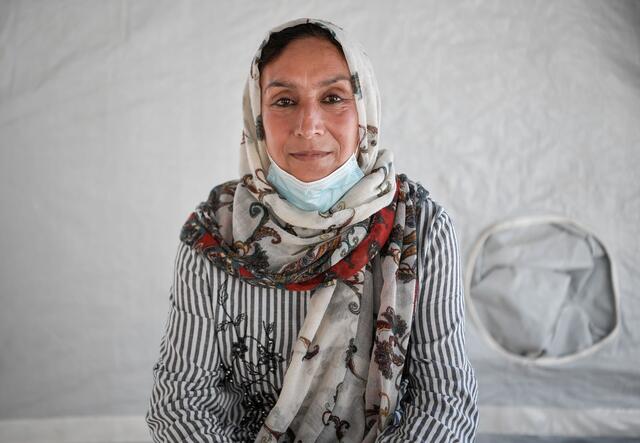 Rahima has escaped conflict in Afghanistan and made it to Greece with her five children, she’s shown utter determination to get where she is today and won’t give up on her family.
Photo: Louisa Gouliamaki/IRC

“We came here thinking that we would stay for no longer than two months on the island, that we would get our documents and interviews and leave. Go somewhere, anywhere, else,” Rahima says, who has been living in Lesvos since December 2019.

When Rahima first arrived in Lesvos she was moved to Moria camp, home to more than 19,000 refugees at the time, yet built for just 3,000. “We had to wait for one or two hours to get a shower, sometimes we would stay for three hours to get food. It wasn’t safe, for single women with children it was very hard, they wouldn’t sleep at night for fear of being attacked.”

A few months ago, Rahima was forced to uproot her life once more when an enormous fire destroyed Moria. “The night of the fire, I was asleep,” Rahima says. “When my children saw it they started screaming that there was a fire in the camp – it was very windy and all of the neighbours were running away and telling us to get out of our tents. We didn't even have time to get our passports or documents.” 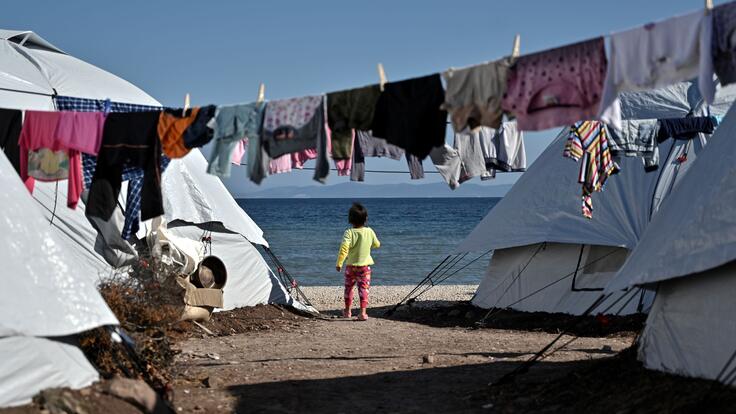 The new camp that Rahima’s been relocated to has its own problems - her tent was flooded when it rained and she’s nervous about what winter may hold.
Photo: Louisa Gouliamaki/IRC

The fire destroyed everything they owned. Rahima and her family spent a week sleeping on the streets before they were moved to a new camp.

But things have remained difficult, their new tent leaks when it rains and the queues for food remain painfully long. “The winter is cold, but we’ll have to endure it,” Rahima says, her resilient attitude unwavering.

It is this resilience that has led her to volunteering to help raise awareness about COVID-19 and how people in the camp can stay safe from the virus. She goes tent-to-tent giving advice she’s learnt from the IRC and distributing hygiene kits that have soap, shampoo and toothpaste inside. 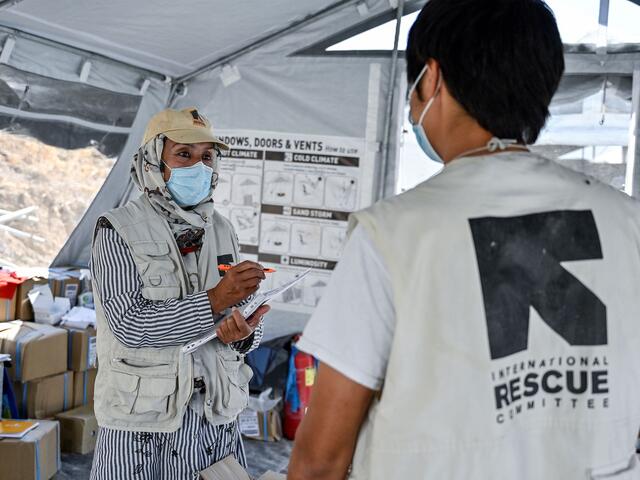 Rahima volunteers with the IRC - she’s helping to combat the spread of the coronavirus in the new camp by getting information and soap out to other refugees.
Photo: Louisa Gouliamaki/IRC

“I love to be able to help people, do good,” Rahima says of the volunteering. “I am happy to be working, no matter where I end up – I’ll always keep working.” 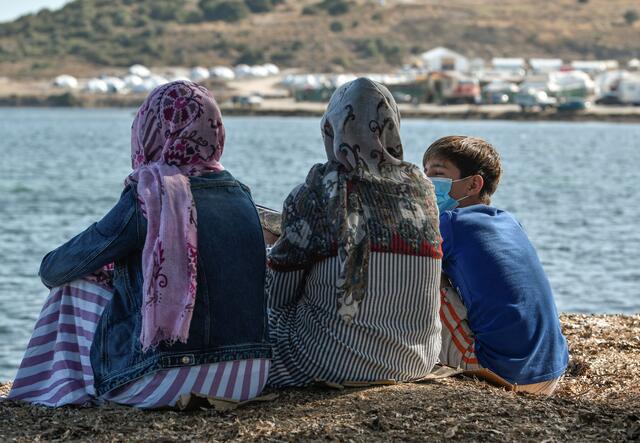 After nearly a year of living in camps on Lesvos, Rahima hopes the day will come soon when they’ll finally hear about whether they can move on.
Photo: Louisa Gouliamaki/IRC

“We cannot keep living like this on the island. I feel very tired but I have hope in life. It’s hope that keeps us alive.”

Rahima supports the IRC's work to help raise awareness about COVID-19 in the camps on the Greek islands. In Lesvos, we're also providing toilets, clean water and doing waste mangement to keep people safe. Understand more about the crisis in Greece.