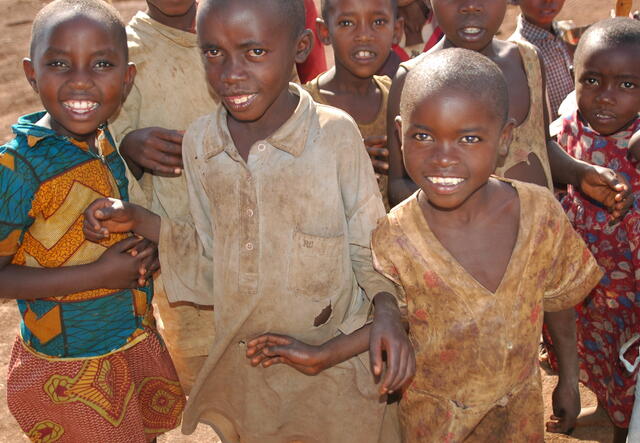 An aid worker reflects on the 20th anniversary of Rwanda's genocide

This post first appeared on Slate: Where Were We When Rwanda Needed Us Most?

It’s hard to talk about Rwanda. It is, for one thing, hard to get the timing right. We are commemorating the 20th anniversary of the genocide that killed a million people, mostly Tutsis, but there are differing accounts of when the genocide started. Most sources cite April 7, 1994, as the day that killings began on a mass scale. But some Rwandans point out that the murders actually began on April 6, the day that former President Juvénal Habyarimana’s plane was shot down. That was the event that served as the pretext for the initiation of a genocide that had been in the planning for years. Others still argue that the genocide began decades earlier, with periodic waves of mass killings tolerated by the government.

But mostly it’s hard to talk about Rwanda because what Rwanda has to teach us is uncomfortable. It’s uncomfortable to think that evil of this magnitude lurks in the hearts of people. And it’s even more uncomfortable, particularly for those of us in the humanitarian world, to think of ourselves as anywhere but with the good guys. I grew up in postwar France, the younger relative of men and women who risked their lives—and in some cases died—fighting against an evil foe, even when all seemed lost. My uncle Anne-Pierre d’Harcourt wrote a modest and moving account of his time in the resistance and his struggle for survival in Buchenwald. Hard as his book is to read—and his personal diaries even more so—it is, if I am to be honest with myself, comforting to think that I am his kin, on his side. I, like many in my generation, liked to think that, were we similarly tested, we would have risen to the occasion. But Rwanda suggests otherwise. Many people like me, well-intentioned Europeans and Americans who no doubt felt the same things I do—that they loved Africa, that they counted many Africans as friends—fled when things got tough, leaving Rwandan friends and colleagues to face grave danger alone.

My discomfort grew even greater when I went to Rwanda for the first time, to start up the International Rescue Committee’s first child survival programme, five years after genocide. Hearing stories from a wide variety of people, I was overwhelmed by two conflicting realisations. On one hand, the reality of what happened became more intense. No book or movie can match what it’s like to hear two survivors, seeing each other for the first time since the genocide, tell each other the story of how they survived—and how close they came to death, and what happened to their families. It makes me feel a mixture of grief, shame, and the utter irrelevance of aid work: Where were we when we were needed most?

On the other hand, I also became aware of something one almost never hears in connection with Rwanda: moral ambiguity. It’s easy to classify, morally, someone who was involved in planning and carrying out the genocide. Easy to classify a pregnant woman, hiding in the banana grove from the murderous pack that just killed her husband. Easy to classify Mbaye Diagne, the Senegalese army captain who saved hundreds of lives in Kigali before being killed by a mortar shell. But what about someone who spent some time at roadblocks where Tutsis were killed, but was shielding Tutsis in his home? I have heard more than one survivor say, “More Hutus were involved in killing than not.” That may be the case, but that still leaves many people who were in the middle, many of them having done things that make them both proud and ashamed.

The international aid community has moved to a more comfortable narrative. The story goes something like this: While the rest of the world idly watched, something horrible happened in Rwanda, perpetrated by evil people, spurred on by a racial ideology supplied by Belgium. Now, thanks primarily to the government, with the help of aid partners, Rwanda is on an entirely different path. Many Westerners fled when things got tough, leaving Rwandan friends and colleagues to face grave danger alone.

There’s much to be said for this account, and much of it is accurate. The progress in Rwanda is real, and in some cases it is spectacular. The decline in child mortality is stunning. Carrying the memory of the infant who arrived in critical condition from malaria to my office in 1999, I am heartened to think of the many mothers who were spared what I saw that mother go through. And the government indeed deserves the lion’s share of the credit, as I and many others working in rural areas in Rwanda saw firsthand: Government officials talking about HIV prevention at every opportunity; local health officials planning to get insecticide-treated bednets into every home. I saw the IRC’s staff in Rwanda work with their government counterparts, institutional hats off, focusing on the objective: attempting to get every Rwandan access to preventive public health services.

But this narrative, like any story—particularly comforting ones—glosses over some inconvenient facts. Do we believe that the grieving has ended for those who lost parents, siblings, spouses, or their entire family? Do we believe that the development work being done in Rwanda today erases the moral failing of the international community in 1994? If we’re so redeemed, why are we repeating the same failure elsewhere? Twenty years after the genocide in Rwanda began, we are once again watching and doing nothing as organised mobs kill helpless citizens guilty only of being born in the wrong group. This time it’s in the Central African Republic, and the hunted group is Muslims.

The sad reality is that nothing we can do or say will change what happened, what was done and not done. And for that we must grieve. So on this day, I would like to express, to all Rwandans, especially those who lost loved ones, our deep condolences. But I would also like to be able to tell them that we are trying to prevent history from repeating itself. Now is a time to act, urgently, in the Central African Republic and elsewhere. That is the only way to redeem ourselves, even partially, for the mistakes we have already made.

Read more about our work in Rwanda.