Miburo,* 35 years old, worked as a farmer and her husband as a bicycle repairman in Burundi, where a political crisis turned deadly has forced nearly 200,000 people to flee their homes this year. When neighbours from her village began talking about threats of violence in June, she and her family fled to Tanzania—to a sprawling, densely populated refugee camp that recently has become the third largest in the world.

“I want to be anywhere but in Burundi,” she explains.

Life in the camp is hard. It pains Miburo to watch her three young children sleep on the dusty, red ground every night. She struggles to feed them. She worries that they will catch a disease.

Life has changed drastically from a year ago, when she and her husband decided to have a fourth child. 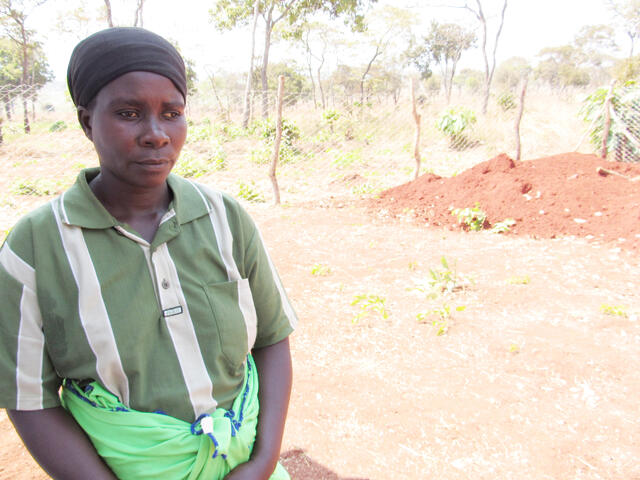 Miburo, 35, was pregnant with her fourth child when she and her family fled to Tanzania after violent political unrest broke out in their home country, Burundi. She worries about what the future will bring for her unborn baby.
Photo: Anna Kim/IRC

But there is hope.

Today, she sits inside the bustling reproductive health clinic opened by the International Rescue Committee (IRC) in the Nyaragusu refugee camp. A nurse assures her the stomach pains she suffered during her long journey to the camp do not indicate harm to her pregnancy.

“I wanted a child, of course,” Milburo says. “But I’m not excited about this baby anymore because of this life we find ourselves in. It is hard enough for us to survive in this camp.”

Still, she feels, for the moment, peace of mind, knowing the clinic will be available when her baby is born. But the future remains uncertain.

“Only God knows what me and my baby’s future will look like,” she laments.

“Many of us don’t have relatives to help us with children,” one recently widowed mother told her. “We want to be able to provide food and clothing for the children, but we are just refugees on the run.”

Reproductive health services — including access to family planning, as well as care for pregnancy, miscarriages, unsafe abortions and rape — are especially vital in areas affected by crisis. 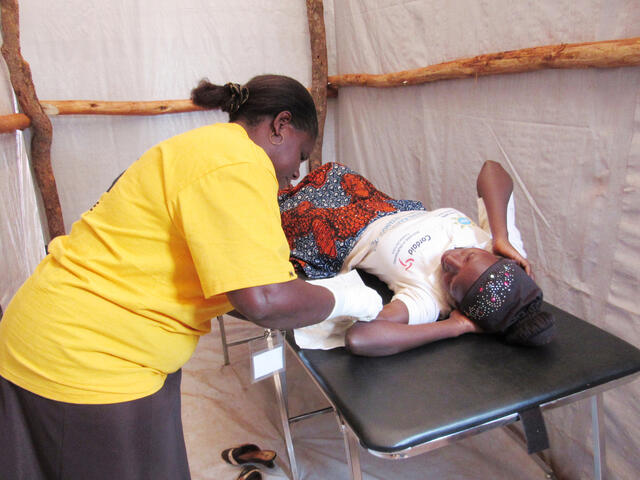 A Burundian woman receives her first contraceptive implant at the IRC-run health clinic in Nyaragusu. Many families in the camp who are grappling with the uncertainties of refugee life are taking precautions to prevent pregnancy.
Photo: Anna Kim/IRC

Family planning is the most effective way to reduce the number of unsafe abortions and maternal deaths. And studies show that 60 percent of maternal deaths, that can be prevented with proper services, occur in crisis settings.

Nyambu oversaw the July opening of the busy three-room clinic, which had to expand its waiting area twice before the IRC was able to open a second reproductive health clinic and a maternity ward in August.

The camp’s population is already more than double the number it was intended to hold, and at least 200 refugees continue to arrive every week.

More than 2,100 women in the camp have enrolled to receive specialised care during their pregnancies, and 400 have received family planning support. A small team that includes 14 nurses and one clinical officer is struggling, with limited resources, to continue to meet the growing demand.

To relieve the overcrowding at Nyarugusu camp, 50,000 Burundians will be relocated next month to two new refugee sites, which are 18 miles away from the nearest maternity ward. Esther worries that this means those 50,000 people will no longer have ready access to life-saving services.