In Congo, finding promise in a therapy that brings women together to heal 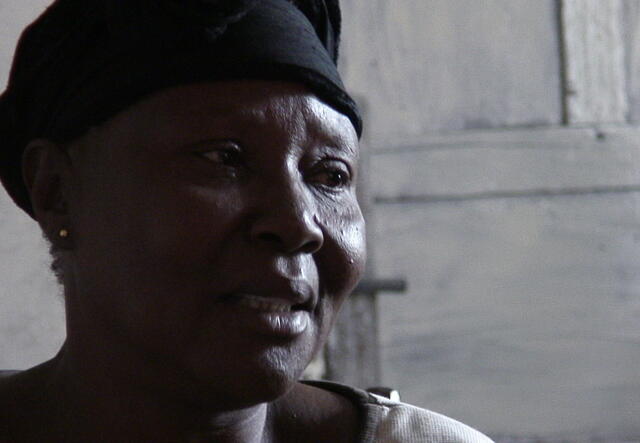 Women in the DRC who are survivors of sexual violence often live with feelings of fear and isolation. Photo: Kevin Sites

For over ten years, the International Rescue Committee has provided holistic support to survivors of sexual violence in the Democratic Republic of Congo, delivering health care, legal assistance and emotional support. Recently, the IRC collaborated with Johns Hopkins and the University of Washington to introduce and evaluate another form of therapy for women in need of additional, specialised support, called Cognitive Processing Therapy (CPT). Here, Jeannie Annan, the IRC’s director of research and evaluation, answers questions about the therapy and how it is helping women in Congo.

Q. What was the driving force for the IRC team to introduce Cognitive Processing Therapy in Congo?
A. Counselors were telling us that a majority of the women they were providing individual support and referral services to seemed to be getting better — were able to take the support that was given and reengage in their communities — and that this support was really helpful to them. But, they said, there was another group of women with high levels of traumatic symptoms or symptoms of depression even after receiving the support. They told us, “We really need something else for these women. We need other types of training because they keep coming back and we don’t feel like we’re really able to help them at all.”  So providing survivors with the support they needed was the impetus for introducing more specialised mental health treatment, and for working with Johns Hopkins and University of Washington to introduce the [CPT] therapy and then rigorously test it, as well, to make sure it was effective.

Q: Can you describe the evaluation that you’ve just recently published?
A. The evaluation was a randomised controlled trial, which is the type of study usually done in medicine to test whether a particular drug works or not. In this case instead of randomising people to receive a medication, we randomised villages into two groups: villages where women received group-Cognitive Processing Therapy and villages where women received only individual support.

In the village where women received group-Cognitive Processing Therapy the women still had access to individual support. And this way we can compare the two and really see what impact the addition of CPT has on these women. We included in this research women who had high levels of these symptoms, who had impaired functioning, in other words were not able to carry out day-to-day tasks. And we followed up with these women before they had the treatment, and then one month after the treatment and six months after the treatment.

Q: Can you tell me more about the therapy itself and how it is innovative and different from other emotional support the IRC offers?
A. CPT is a cognitive behavioral therapy and it focuses on teaching women skills to change thoughts about the sexual violence that trigger distress and that interfere with functioning. It’s a structured therapy that includes 12 sessions and the counsellors have a step-by-step guide on how to do each session with the women.

It’s an evidence-based intervention in that there are other studies that show it works and works quite well. Those studies have mostly been done in the US, so the innovative piece of this was adapting the intervention, training and supervision to be delivered by para-professionals or for people who aren’t mental health specialists like psychologists. Since CPT typically involves written practice of the therapy skills, the other innovative piece was adapting the therapy skills to be able to be learned and practiced by women with very little reading and writing skills. It was also adapted for multiple cultures and languages.

Usually this is a therapy that’s done by mental health professionals but in the Congo there are very few, so it wouldn’t be possible to reach very many women if it was limited to those professionals. We adapted the training for CPT to better meet the training needs for paraprofessionals. This included lengthening the training and including more practice of the therapy skills by the counselors. CPT also takes regular supervision so we trained IRC supervisors in how to provide clinical supervision. US experts in CPT helped supervise the IRC supervisors.

Q. How was this therapy approach received in the communities where it was introduced?
A. This was in my opinion one of the surprising parts of the study. It was very well received. Many of the women had to walk long distances to get to the groups. These are women who have a lot to do in their lives and, as I mentioned, have some difficulty with daily tasks because of the symptoms they’re experiencing. And yet women were showing up week after week. I think that was a great indication that they were finding it helpful. And the counselors themselves expressed how much the therapy resonated with them and how much they appreciated being able to conduct the therapy.

Q. Can you tell me about the selection and training of community members who led the therapy groups?
A. These were counselors who were referred by Congolese nonprofits the IRC has been working with for many years — and so the CPT training was on top of extensive training they’d already received, particularly in addressing violence against women.

Q. How does this therapy fit in with the IRC’s overall programs and goals in Congo?
A. The IRC’s aim is to provide holistic support to women and girls who’ve experienced violence through strengthening the services that are available to them — addressing survivors’ health, psychological well-being, their social support and their justice and legal needs. We see this mental health intervention as complementary to the other services the IRC provides.

Q. Were there any indicators during and after the group therapy that made it clear it was making a difference in the participating women’s lives?
A. High attendance was our first indicator: Women were showing up on a regular basis for therapy. Part of CPT is monitoring women’s symptoms every week. And as the counsellors checked in with them during their sessions each week, we were seeing that their symptoms were decreasing. Counsellors also reported that the women looked better and were taking better care of themselves.

The research then continued for six months after the sessions ended. We wanted to see not only did the therapy work right after the intervention, but did the results sustain themselves — were the symptoms going back up?  In the assessments right after CPT ended and in the assessment 6 months later, the women reported that they had fewer symptoms — they had fewer nightmares and were less scared about going places. So we certainly had an indication that there were changes made throughout this therapy.

Q. How do you intend to use the findings in your work in Congo and beyond?
A. The IRC’s focus is to constantly improve services that women and girls receive, so it will use the learning from this research to introduce CPT in other countries where we work. More specifically to Congo, there are many clinics in remote areas so — ideally — to reach a wide range of women, CPT would be integrated into the national health system. We’re in discussions with the Ministry of Health to see if it would be possible to pilot this. Then we would monitor the results to see if that integration works.