After the U.S. troops left Afghanistan, 28-year-old Sahib* received death threats for working with the allied British military. He was evacuated with his family to the UK last August under the Afghan Relocations and Assistance Policy (ARAP).

Sahib had to leave everything behind. Since resettling in the South East of England, he has been supported by the IRC’s Refugee Integration in Southeast England (RISE) programme which helps refugees navigate their new communities and become self-sufficient.

Sahib’s terrifying nightmares have turned into hopes and dreams for his family. One year on, he writes about his journey, how he was welcomed into the UK, and what he found here when he arrived.

I arrived in the UK with my wife, Hajra, who is 25 years old, and my daughters, Ghazala and Maryam, who are 4 and 5 years old, late in the summer of 2021. We experienced the dramatic and frightening evacuation from Afghanistan, escaping in a military plane with no seats. I am still worried for my family back in Afghanistan, but I have high hopes for our future here in the UK, my dream country.

I had no choice but to flee

I grew up in a lovely family and lived with my parents, brothers and sisters. I have had numerous ups and downs in my career—I am a journalist—but most recently had been working with the British military and special forces. When the U.S. troops withdrew their support last year, this work earned me the name “Infidel” in the village, and I was called an enemy of Muslims. The intimidation was overwhelming. Every single day, I received death threats—phone calls and letters—and the situation for my family got worse and worse.

I had lost hope as soon as the Taliban took power—I believed this was the moment when I would die. My only chance was to get away with my family.

I was concerned for my elderly parents and other relatives who would not be able to accompany us to the UK. It was anguishing watching my family crying, shedding tears and hugging each other. It’s something I will never forget.

Arriving in the UK, I felt like I was in a coma. I was distressed by the awful memories of the extreme violence I had witnessed in Kabul. I could not distinguish between day and night for two weeks after the dreadful evacuation. Eventually, I was able to breathe a deep sigh of relief since I was in a safe place. 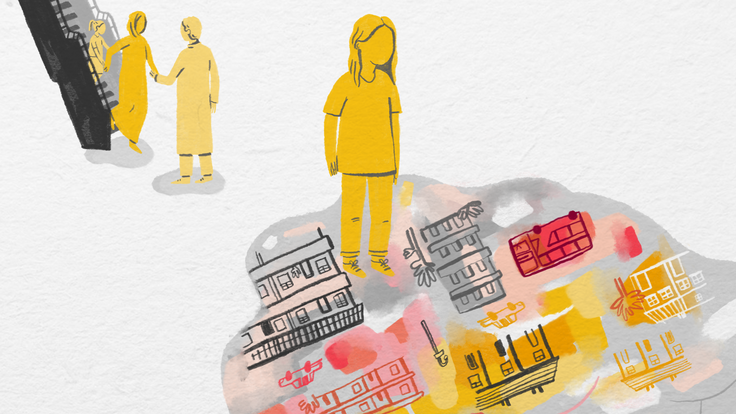 Learning to live in the UK

British people welcomed us wholeheartedly as soon as we set foot onto the beautiful UK soil, and they helped us beyond belief. The first thing that surprised me was how sincere the British people seemed.

The key thing I liked about the UK is that humanity is still alive here, and people have great respect for one another regardless of their religion, race, colour, nationality and language.

I controlled my nerves, even though my family had gone through a very difficult time. My family is still in dire need of support in different aspects as they are new to the UK and its culture and, therefore, facing challenges. Right now, my family situation is good, and things are heading in the right direction. But we remain in need of support, as UK culture is new and thus challenging for my wife and children. Language has been the biggest hurdle for my family as we integrate into our new community. My wife and children have had a difficult time and struggle with this communication barrier and cultural norms and values.

Hopes for my family’s future

My relatives in Afghanistan are at risk and can be killed at any moment. When I’m unable to reach them to talk to them, I get frustrated and anxious for their safety. They are in immediate danger. I hope the UK government can help me bring them to the UK.

My children are at school now. My daughters are creative and intelligent and never skip a day since they love school so much. I want them to be doctors and advocates for our community and society. I also want my wife to learn English so she can truly connect with our new community. 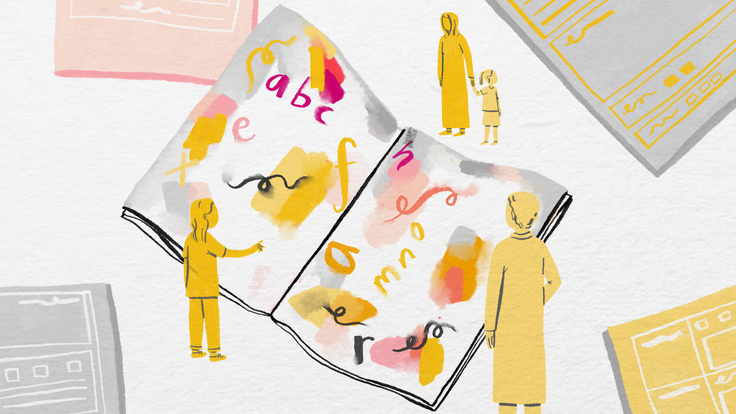 I feel safe and at home in the UK, my ideal country. My aspirations are high, as I always have had big dreams.

I hope to pursue my career in journalism to provide my family with a better life. My family and children's lives are my priority, and I have to protect them. Perhaps I can use my leadership skills to help the most vulnerable, something I am passionate about, and I would love to become an MP one day.

I want my family to become great human beings and future leaders. I want my daughters to get a quality education to become doctors and advocates for Britain and the world.

How the IRC supports refugees from Afghanistan

Sahib* has completed many courses with the IRC’s Refugee Integration in Southeast England (RISE) programme, including cultural orientation, employment readiness, and community interpretation.

The IRC’s RISE programme provides refugees in the UK with the knowledge they need to navigate their communities and become self-sufficient. The IRC also works with local communities to support the integration of local refugees, and we help all refugees, especially including women, to actively access opportunities in their local areas.

The IRC UK supports Britain’s efforts to resettle 15,000 Afghans like Sahib through Operation Pitting and through the creation of the Afghan Relocations and Assistance Policy (ARAP) and Afghan Citizens Resettlement Scheme (ACRS). Recently, however, we have seen a stalling of programmes intended to protect Afghans who supported allied efforts but remain in Afghanistan. The IRC shares the widespread concerns about the rollout of ACRS: approximately 6,500 of the 20,000 places pledged have been allocated to Afghans already in the UK and not for new cases. Bureaucratic restrictions and severe delays in processing put people at risk in immediate danger. We are calling on the UK government to deliver all 20,000 places pledged through the ACRS and to do so this year, ensuring more Afghans reach safety faster.

This project is partly funded by the EU Asylum, Migration and Integration Fund (AMIF), making management of migration flows more efficient across the European Union, and by Khalsa Aid International.

AMIF in the UK is administered by the U.K. Responsible Authority (UKRA). The funding was allocated under the EU’s 2014–2020 multiannual financial framework (MFF), which will conclude at the end of 2022.

Khalsa Aid International is a UK-based humanitarian relief organisation providing support worldwide to victims of natural and man-made disasters. Founded in 1999 on the Sikh principle of recognising the whole human race as one, Khalsa Aid has provided crucial humanitarian aid to millions of people around the world through its Emergency Relief Projects and Global Development programmes.