"It's a place where I can talk and open my heart"

Audrey still remembers the crossing from Turkey to Lesvos. It was the final leg on a long, arduous journey from her home country in Africa*. She was pregnant and had already travelled for seven days by foot to make it to the Turkish coast.

Audrey was hopeful, motivated by the belief that her unborn daughter would finally be safe. 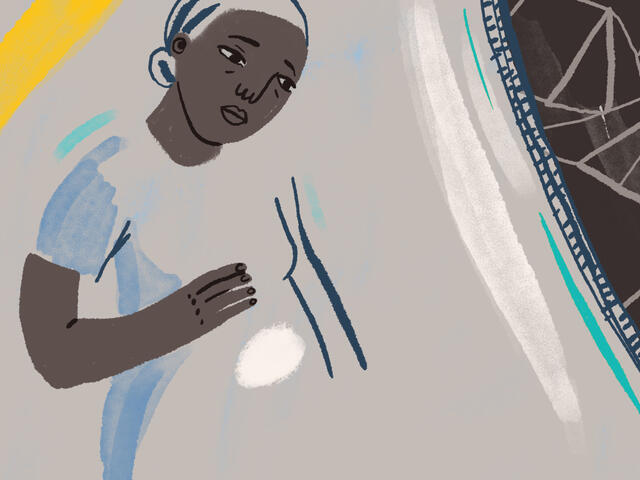 Audrey made the journey to Greece to protect her unborn daughter and start a new life.
Photo: Jocie Juritz/IRC

But she was also scared as she climbed into the flimsy dinghy set to take her to Europe.

When Audrey stepped onto the beach in Lesvos, a brief sense of relief washed over her. She’d finally made it. But a few days later, that relief dissipated when she found out the devastating news that she’d lost her baby. 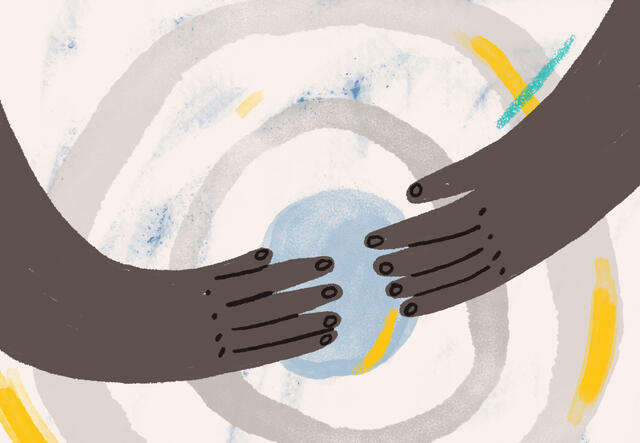 Three days after her arrival in Greece, Audrey found out that she'd lost her baby, it was completely devastating.
Photo: Jocie Juritz/IRC

“I told the doctors: ‘I did all this trip for my baby. I came to Turkey and Greece to save my baby’. I felt it was the end. I remembered everything I had already lost. I made this trip for her.”

Audrey was born into a loving family. Her father worked as a translator for the President’s office and her mum was a civil servant.

“My parents gave me a lot of love, I was their only child. But when I was 10, my dad died and everything broke. Then at 12, I lost my mum, she couldn’t bear the death of my father and she died of a heart attack.”

After the death of both her parents, Audrey had no one to support her. Her other family members stole her inheritance and as a young teenager, she found herself living alone on the streets.

Then at 18, she met a man and started a relationship with him, he soon invited her to move in.

“The first months were great. But then, he started to beat me. He used to say: ‘you are a poor orphan and I had mercy on you. If you don’t do what I want, I will kick you out,’” Audrey says.

A friend encouraged her to report the abuse to the police. “I had the courage to say: ‘if you hurt me again, I will go to the police’,” Audrey says. “The day after, he came with his friend who was a policeman. He took his gun and pointed it at me. In front of his friend, he said: ‘when you go to the police, you will receive this’. So, I decided to shut up. I remained silent.”

Audrey lost both of her parents when she was only 10-years-old, throughout her life she's held onto her mother's advice: "try to see the good things."
Photo: Jocie Juritz/IRC

When Audrey found out she was pregnant, the beatings became completely unbearable. The man told her that if the baby was a girl he would force her to go through female genital mutilation.

Petrified for the life of her daughter as well as her own, Audrey called a friend who supported her with documents and money she needed to get to Turkey.

Arriving in Istanbul, Audrey had her belongings stolen, including her money and passport. A few weeks later, she started to feel sick and was bleeding, but when she attempted to get treatment at a local hospital they told her she needed a passport.

Other refugees empathised with her situation and gave her the money she needed to get to Lesvos – but the only way to make it there was on a rubber boat. Audrey describes how many people attempting to get to Greece are not told they will have to take this dangerous method of transport. “A man from Cameroon came wearing a suit and carrying a suitcase. He thought he was going to take a plane. People were laughing at him - he said he'd paid so much money to find himself in this situation.” 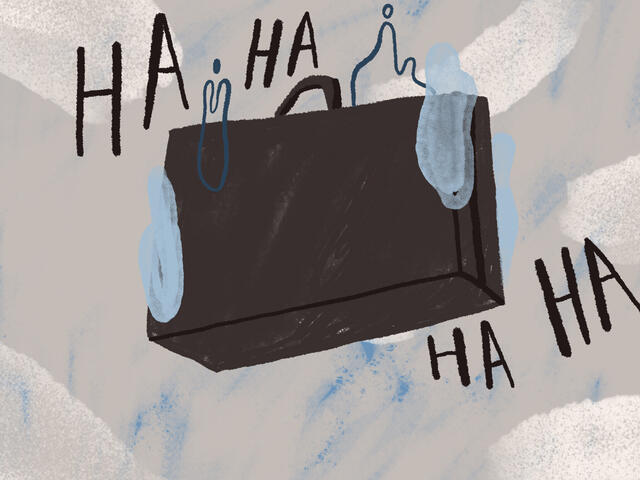 "It's a huge shock when people find out they'll take a dinghy," Audrey told us. "A man from Cameroon came carrying a suitcase and everyone was laughing at him -- he thought he would take a plane."
Photo: Jocie Juritz/IRC

When Audrey arrived in Greece she was taken to Moria, a reception centre with over 20,000 people crowded together in a space meant for 3,000. The conditions are dangerous with high rates of violence against women.

Mental health issues are commonplace, a manifestation not only of traumatic experiences that brought people here, but also the lack of support on the island and the sense of uncertainty about the future.

The reality of life in Moria offered little respite from the trauma that Audrey had been through.

“I couldn’t sleep. I woke up late at night to cry. I cried all the time. I was lost, and other refugees were sad for me. The doctor was really worried about me. I was exhausted. I even thought about suicide.”

The doctors referred Audrey for one-on-one psychological therapy with the International Rescue Committee. 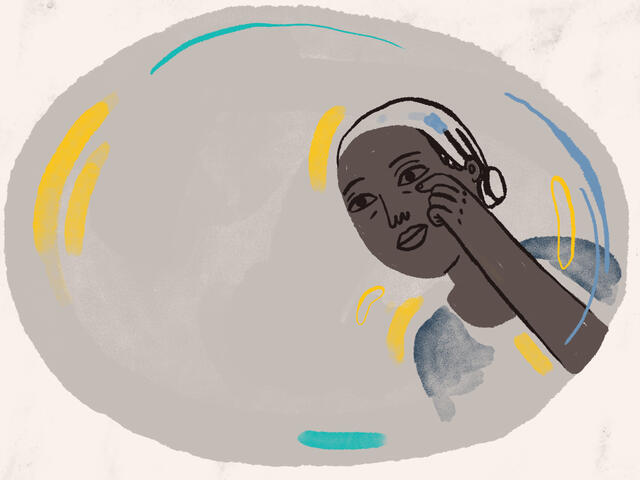 When Audrey first came to the IRC's centre, the psychologist offered her a glass of water -- this act of kindness alone touched her deeply. Talking therapy has been transformational for her.
Photo: Jocie Juritz/IRC

“On that first day I went to the [IRC] centre, the psychologist offered me a glass of water and I just burst into tears. To have that attention, it really, really touched me.“Speaking has been an incredible therapy. The attention they gave me encouraged me, it was a place where I could talk and open my heart, it felt like paradise. You speak and you are healed at the same time.

“Other refugees saw that my mental health was getting better. I was moved to see that people, especially refugees, could see my progress. They could testify.  After three months, I’ve changed, it’s a miracle.”

Audrey has now made it out of Moria to mainland Greece. She has hopes to get a job working with young children and is determined to rebuild her life in Greece.

Along with hundreds of other refugees, Audrey has received mental health support from the IRC whilst living in Greece’s overcrowded camps in conditions no should have to endure.

The pandemic has only made things tougher for refugees living in camps with lockdowns trapping people in intolerable conditions. Europe desperately needs to put an end to the cruelty of containment and urgently relocate the 15,000 people who remain trapped on the islands. Find out more.

*Names have been changed and birthplace ommitted to protect the identity of the person interviewed.