The IRC in Westminster

Our Priorities in Westminster

The International Rescue Committee works across the globe in over 40 countries responding to conflict and crises. From health care to education to protection for women and girls, we are at the frontline helping people whose lives and livelihoods have been shattered by war and natural disasters.

We bring this expertise and experience to our work in Westminster, where we work together with both Parliament and Government in strengthening the UK's policies and responses to crises and conflicts around the world. 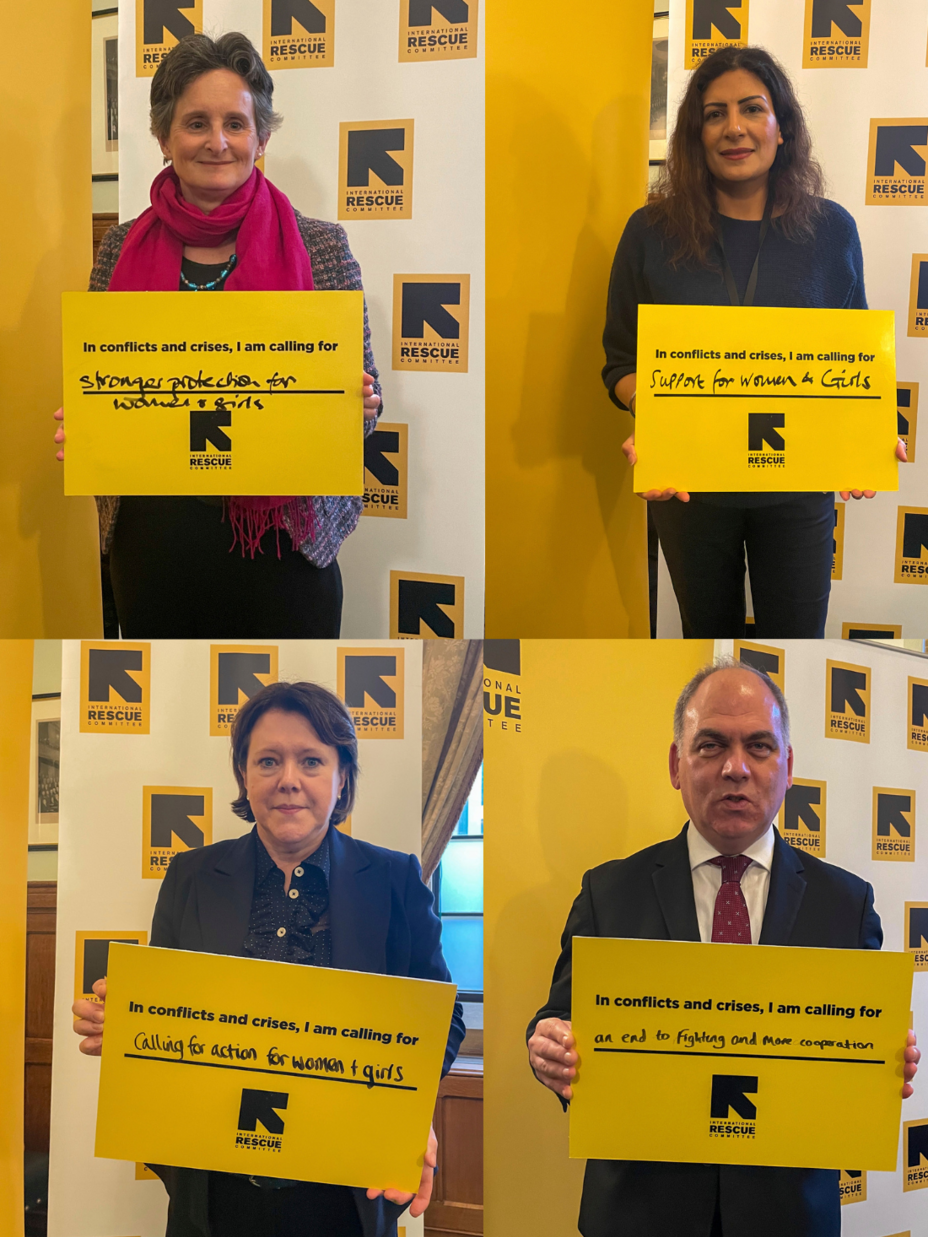 Find out more about the IRC’s work in Westminster, and how you can help support us in delivering change for people whose lives have been affected by crises to survive, rebuild and recover.

The Future of UK Aid

The Foreign, Commonwealth and Development Office (FCDO) oversees the aid budget, also known as UK Aid, to tackle poverty, instability and create prosperity across the globe.  It can transform the lives of some of the world's most marginalised people and help the UK build important international relationships and influence. Yet in 2021 the UK Government reduced UK Aid - or the Official Development Assistance (ODA) - from 0.7% to 0.5%.

We know that the most vulnerable communities have been disproportionately affected by this decision, as have programmes supporting women and girls. IRC-supported analysis has estimated that programmes for 20 million women and girls including health, education and humanitarian assistance were cut by the UK Government.

We care deeply about the future of UK Aid, and are working with partners and Parliamentarians to persuade the UK Government to reinstate 0.7% as a matter of urgency. We are also urging the Government to commit to spending at least 50% of ODA in fragile and conflict- affected settings, where we know it can make the greatest difference.

Find out more about this work in Future of UK Aid briefing.

Over one-third of women and girls globally will experience some form of violence in their lifetime. This rate is higher in emergencies, conflict, and crisis, where vulnerability and risks are increased and most often family, community, and legal protections have broken down.

Historically, the UK Government has been one of the biggest donors to international programmes supporting women and girls. However, reductions to the UK’s aid ODA budget mean there has been a significant reduction in the UK’s gender-relevant spending, as well as a gradual reduction in the proportion of aid funding going to women’s organisations.

We’re working with partners, women’s organisations and Parliamentarians to improve the UK Government’s efforts to tackle gender-based violence, including sexual violence that takes place in conflict and war. We want the UK to make a strong commitment on gender-based violence prevention and response programming, ensure fragile and conflict- affected settings are prioritised, and increase long-term, multi-year and flexible funding to women’s rights organisations.

Find out more about this work in our Tackling Gender-Based Violence briefing.

Responding to Conflicts and Humanitarian Disasters

The IRC supports people affected by the most challenging conflicts and humanitarian crises in the world.

One of our key priorities is to ensure that the UK Government responds as effectively as it can to the crisis in Afghanistan. Since the fall of Kabul, we have seen an almost total economic collapse triggered by the halting of development assistance, freezing of foreign reserves and grounding of the country’s banking system. These economic problems have led to an explosion in humanitarian needs., Currently half the population in Afghanistan – —over 24 million people— – are in need of humanitarian assistance, 19 million of whom are going hungry.

Women and girls too have been disproportionately affected by the takeover, namely job losses and widespread backsliding of their rights including access to secondary school education and the ability to move freely outside the home without a male chaperone. We are working with partners and Parliamentarians to ensure that the Government maintains its commitments to support the people of Afghanistan, particularly women and girls.

Find out more about this work in our Afghanistan crisis briefing.

East Africa is currently facing a severe hunger crisis brought on by a record four consecutive failed rainy seasons.  IRC teams on the ground are anticipating a crisis worse than the 2011 famine in Somalia that killed 260,000 people.

We expect an official famine declaration this year, but by then, it will already be too late to save hundreds of thousands of lives.  There is nothing natural about famines in the twenty-first century. While a complex set of factors drive food insecurity, the slide into mass death is man-made, driven by international inaction.

The IRC is working in the region to provide aid to those in need but the humanitarian appeal remains severely underfunded. We are calling on the UK Government to increase funding and urge other donors to do the same, as well as drive forward efforts to strengthen global coordination to respond to this urgent crisis.

Find out more about this work in our Crisis in East Africa briefing.

More people than ever before – over 100 million – have been forced to flee their homes due to violence, oppression and other economic, social, or climatic shocks. Many are displaced within their countries of origin, but over 30 million have fled across an international border, mostly as refugees or asylum seekers.  The UK has an important role to play in responding to this global challenge.

The IRC also supports the strengthening and reforming of asylum policies so as to uphold the rights of asylum seekers.

Find out more about this work in our Resettlement, Asylum and Intergration briefing. 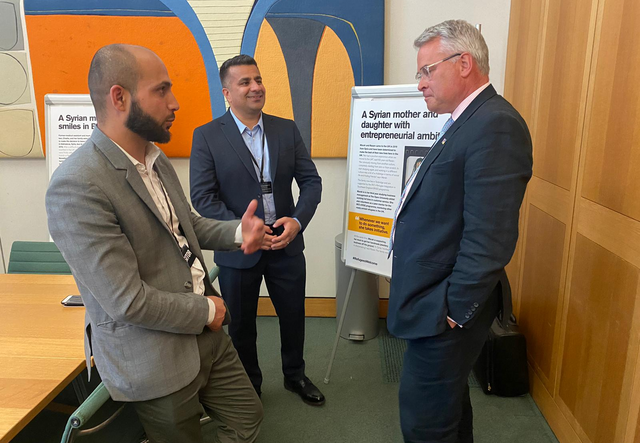 Tim Loughton MP speaks with IRC client Nasi Loodin and RISE, Integration Manager, Wali Ahmadzai about why investing in refugee resettlement and integration is so important.