Skip to main content
A teenager's journey to safety

“Here, everything is difficult. For everyone, but especially refugee children like me, alone.”

Now living in an IRC run apartment for unaccompanied asylum-seeking children, Ali is living with other teenagers like himself, getting the care he needs, going to school and learning new skills, which will help him live autonomously. Ali is waiting to be reunited with his brother in Cologne, Germany.

Ali’s family were originally from Afghanistan, but he was born in Iran, where life was difficult. The strict policies, legal restrictions and bureaucratic obstacles in Iran have largely violated human rights of Afghan refugees in a variety of different ways. This includes forced deportation, denial of education rights, lack of employment opportunities, forced labour, lack of access to healthcare, denial of right to liberty, forced family separation, regular physical abuses and mistreatment in detention and deportation centres.

Because Ali didn’t have documents or ID, like most Afghans living in Iran, he was unable to go to school. He started work when he was just nine years old. “I was working 15-16 hours a day. I worked like this for five years. It was not fun.”

When Ali’s father died, his family was left with nothing. “For two or three months, my mother and I slept in a park. That’s why I had to start working.” 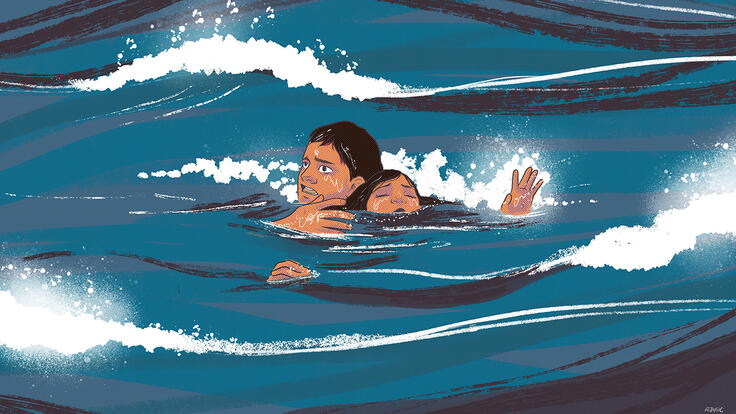 The family practically had no rights in Iran, as they had no documents, so Ali was forced to leave Iran with his older sister, who was in her thirties. Although just a young teenager, he was determined to make it to Greece. “I tried to get to Greece eight times across the Evros river. Every time the Greek police would catch me and deport me back to Turkey. The Turkish police took all my clothes, telephone and money.”

“My sister has a problem with her leg, so I took her on the boat to cross the river. The boat sank, and we had to swim across the river. I know how to swim but my sister doesn’t, so I took her by the hand, and I started swimming. My sister was pulling me down. It was very difficult. It was like that for about an hour; I would sink, go under the water, and then come up again. The Turkish police stopped me again and sent me back to Turkey.”

It took Ali and his sister four months until they eventually made it to Greece. When they arrived, he was separated from his sister, who was taken to a different camp with her husband and children. Ali stayed in Fylakio, a holding centre for newly arrived migrants.

At the centre, where he stayed for one year, Ali had a rough time, and the memories still give him bad dreams today. “In the evening, there were 5-6 policemen. Everybody [the social workers] goes home, and the police are the only ones there. When the children played football in our block, the police would come and beat us.” 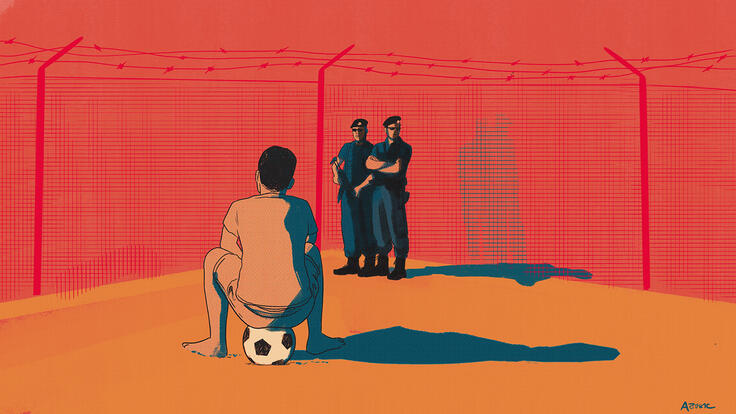 After Fylakio, Ali was moved to a hotel, which was used for temporary accommodation for unaccompanied children and eventually, was transferred to the Supported Independent Living apartments run by the IRC in Athens. He's lived here since January. “Everybody here is OK.” Ali told us. “Everything I need, they help me.”

Whilst living in the apartments, Ali has received the good news that he’s been accepted for family reunification with his brother in Germany. “I am happy, and I want to cry at the same time!”

Ali’s bad experience with the police on his journey has left him desperate to leave Greece. “I only have bad dreams here. I am afraid of the police. In Germany, I will not be afraid. I will have my brother with me. He will help me.”

“My sister has been here for two years, and I have barely seen her, only one time. I would love to have my family together one day: my mother, brother and sister. That would be really good.”

Ali is excited to be reunited with his brother in Germany and has hopes for his future. “I want to be a mechanic, a car mechanic or motorcycle mechanic.” 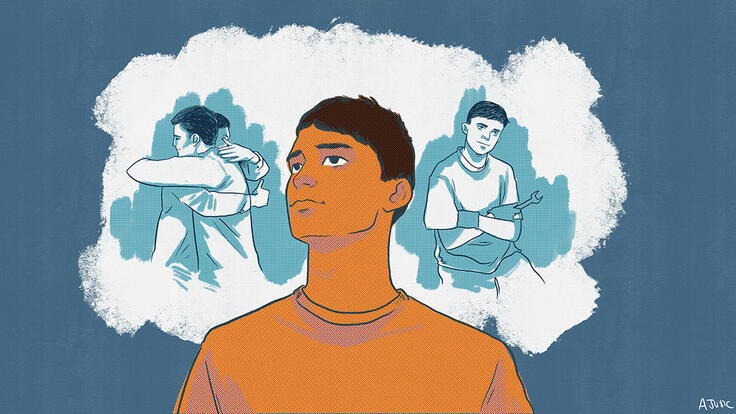 While waiting for his departure, Ali goes to school and studies to improve his English. At the same time, he is trying to learn German through an application on his mobile phone. He always participates in outdoor activities organised by the staff and is very interested in the life skill sessions that take place in the apartment. In his free time, he prefers walks in Athens with his friends and has learned to move independently and easily in the city.

*Names have been changed to protect the identity of the person interviewed.