Celebrating Little Amal and the refugee children that inspired her journey

Have you met Little Amal yet? In fact, Little Amal is not so little! She’s actually a giant puppet travelling 8000km across Europe. Her journey, brought to life by Good Chance theatre company in The Walk, represents displaced boys and girls around the world as they search for safety and a place to call home.

Little Amal has been making her way across Turkey, Greece, Italy, France, Switzerland, Germany, Belgium. And, this week, the IRC is excited to finally welcome her to London as a humanitarian friend of The Walk.

On her remarkable journey, Little Amal has been raising awareness of the challenges faced by refugee children and asking people not to forget about them along the way. As we celebrate her message and the friends she has made along her journey, we call for a world that welcomes, protects and empowers children like Little Amal.

Amal represents millions of refugee children around the world who have fled war and persecution and need our support to rebuild their lives. Meet some of the real Amals -- children who have been supported by the IRC -- as they look to their futures with hope. 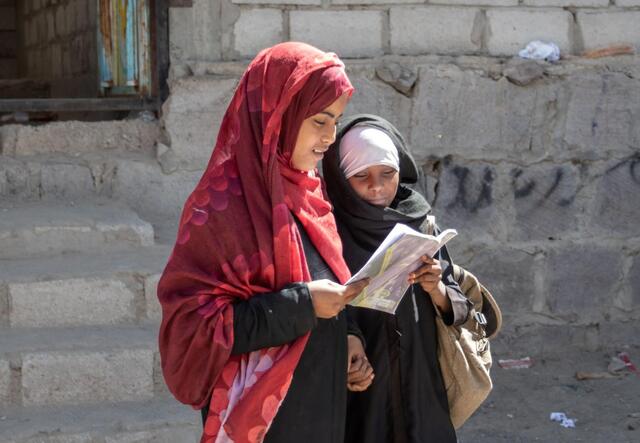 Aisha and Na’aem live in Sahdah camp, located in Yemen’s Al-Dhale’e Governorate in southwest Yemen. Conditions in the camp are difficult, with poor infrastructure and a lack of water and sanitation facilities.
Photo: Saleh Ba Hayan/IRC

Growing up in Yemen, the world's worst crisis, best friends Aisha and Na’aem have been through a lot together. They were forced to flee their homes in Al Hodeida three years ago as conflict erupted around the country.

Today, they live in Sahdah camp in southwest Yemen where conditions are extremely difficult. Along with 100 other households, the girls live in makeshift homes, with limited access to adequate shelter, food and water. But despite the challenges they face, they’re determined to help the people around them.

My dream is to become a teacher, and not let my students drop out of school

“One day, I’ll become a teacher and Aisha will become a doctor,” explains 11-year-old Na’aem. “We’ll put our salaries together and buy things to distribute in the camp. Every month we’ll distribute things to a different camp. We’ll buy them dishes, clothes, gloves, everything.”

10 year old Tareq in Syria dreams of becoming a footballer 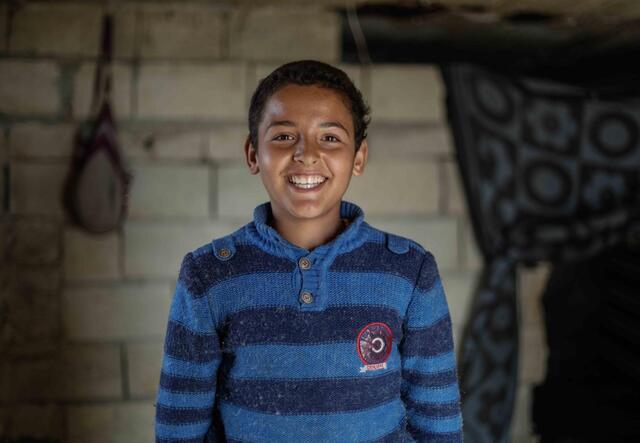 Tareq and his family have had to uproot their lives multiple times because of the war.
Photo: Abdullah Hammam/IRC

Ten-year-old Tareq is like many boys his age. He loves football, is scared of the dark and finds comfort in his mother’s hugs. Forced to leave their home by constant shelling, Tareq and his family have been displaced three times within Syria, which is in its 10th year of civil war.

Each time Tareq’s family was forced to move, his parents had to register him at a new school. “He used to be an excellent student back in our village, but now he’s behind,” says his mother, Muna. “He should be in sixth grade, but he has had to change schools so many times.”

Children in Syria like Tareq have missed years of schooling. Education provides a sense of stability and predictability, builds resilience, and of course, provides the foundation for success.

Despite the challenge of living through a decade of war, Tareq remains optimistic. “My friends and I study together for our exams,” he says. “My biggest hope in life is to become a doctor—or a footballer.”

Ampiya lives in a refugee camp in Ethiopia 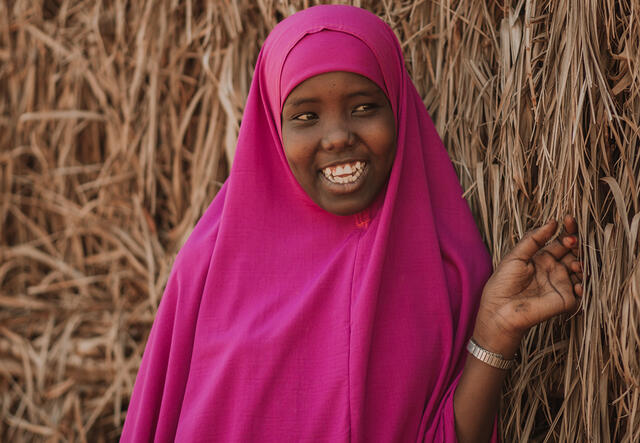 Despite the challenges of living in a refugee camp girls like Ampiya value their education and the IRC is working to help them achieve their goals.
Photo: Martha Tadesse/IRC

Ampiya lives in Helowyn camp in Southern Ethiopia, which is home to 40,000 refugees. The larger region of the country, often referred to as the Horn of Africa, has suffered years from conflict and drought. Conditions in the camp are basic, with most refugees living in temporary accommodations. It’s especially tough to be a girl in the camp, as they face an increased risk of gender-based violence. Despite this, Apiya is determined not to let being a girl get in the way of her opportunities.

“I have learnt that girls are like the sun.”

“It is important for girls to have the same opportunities so that they can develop their skills and contribute to their families and society,” she says.

The IRC works with children across the world who have been forced to grow up enduring conflict and crisis. From escaping the dangers of shelling, as homes become warzones, to living in unsafe refugee camps where hygiene facilities are poor. Children are bearing the brunt of crises across the world.

One of the ways the IRC is supporting displaced children is by providing vital education. Find out more about how the IRC creates quality learning spaces in formal and informal settings around the world. https://www.rescue-uk.org/page/our-goals-education

In Syria, the IRC has been delivering aid since 2012 and currently supports 15 health facilities and 11 mobile clinics in northeast Syria. We reached over 227,000 people in camps, towns and rural communities in 2020.

And in Yemen and Ethiopia, Girl Shine is just one of our programmes which supports adolescent girls into adulthood. We educate girls about their rights, helping them make healthy choices, protecting them from violence, and teaching them to be leaders.