Girls learn to be leaders in an Ethiopian refugee camp

For International Women’s Day, the March 8 global event celebrating the achievements of women worldwide, the IRC asked teenage girls living in Helowyn refugee camp in Ethiopia to describe themselves in one word, and to tell us what it means to them “to be a girl.”

Ethiopia hosts more than 850,000 refugees—the second largest cohort in any African nation—about 40,000 of them in Helowyn camp, located in the southern part of the country. The larger region, often referred to as the Horn of Africa has suffered years from conflict and drought. Conditions in the camp are basic, with most refugees living in temporary accommodations. It’s especially tough to be a girl in the camp, as they face an increased risk of gender-based violence.

Despite these challenges, the girls value their education, and the IRC is working to help them achieve their goals. Many are participating in our Girl Shine programme, which seeks to empower girls and provide them with life skills including decision-making and developing trust and friendships.

Below, girls share their experiences with the programme and what they have learned—about gaining self-confidence, finding inspiration, and embracing opportunities to be leaders. 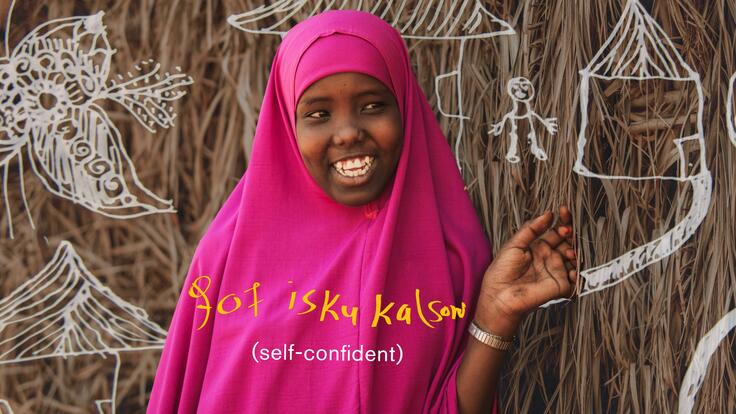 Fifteen-year-old Ampiya describes herself as “transparent, friendly and self-confident.” She has participated in Girl Shine for four months, during which she has worked on self-development and personal management skills (such as coping with menstruation in a camp with limited hygiene supplies). She cites her mother as a valued mentor, in no small part because she is adamant that Ampiya pursues her education.

“I would say girls can do whatever boys can do, and more!”

“It is important for girls to have the same opportunities so that they can develop their skills and contribute to their families and society,” she says. “Girls are like the sun—they provide warmth and goodness to those around them.” 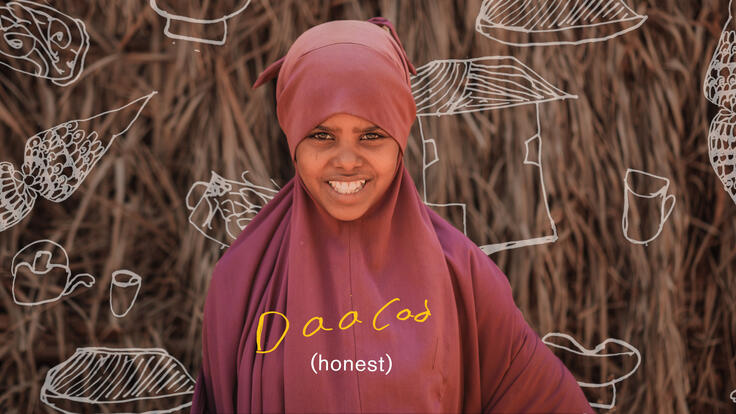 “It is important for women to be leaders as they can inspire other girls to also become leaders.”

Asha says she is “honest, sociable, happy.” She looks to her older sister for guidance and inspiration.

“My sister got married when she was very young," she explains. "She is 20 now and has two children. She always encourages me to continue my education because she was not able to finish hers.”

And that is crucial, says Asha. “Girls can learn whatever boys learn, and girls can reach their goals and potential just like boys can!” To that end, Girl Shine has been life-changing.

“I’ve learnt important life skills, social and emotional skills," she says. "I’ve also learnt the process and steps of how to select someone I can trust as a friend, and I know now where I can get support and help through the IRC if I face violence.”

On the importance of having female role models, Asha told us: “It is important for women to be leaders as they can inspire other girls to also become leaders.” 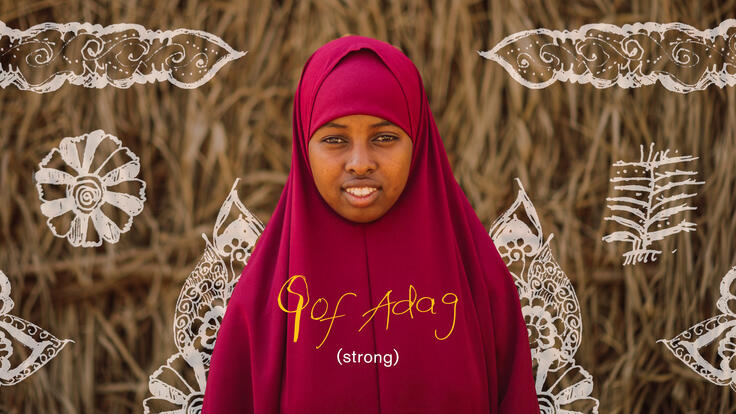 Eighteen-year-old Suleykha Isaac describes herself as “strong, goal-oriented and honest.” She too believes in the power of education: “If you give a girl an education, it’s like giving society an education.”

“I am happy that God made me a girl.”

Suleykha is motivated by her mother. “My mother is my inspiration as she understands my happiness and sorrows. The best thing about being a girl is that I can be a mother and be a teacher for my children."

She credits the Girl Shine with building her confidence. “The best thing about Girl Shine is that I’ve obtained friends and so many skills," she says. "Now, I can be a role model for other girls”.

Being a girl in Helowyn camp, Ethiopia

Ethiopia is home to more than 850,000 refugees who have had to flee neighbouring countries due to conflict and drought. While facing its own challenges, the country hosts the second-largest number of refugees of any African country.

Helowyn camp is located in the Somali region of Southern Ethiopia. Girls in the camp face a high risk of gender-based violence, which can affect both their mental and physical health and put their future aspirations and prospects at risk.

The IRC is working with girls in the camp to build their knowledge and life skills, at the same time mitigating the risk of gender-based violence and enhancing the girls’ overall well being.

The IRC’s Girl Shine programme in Ethiopia is funded through IRC’s Strategic Partnership with Irish Aid. This Partnership responds to and protects women and girls from gender-based violence in acute emergencies and forgotten humanitarian crises in East and West Africa. The ideas, opinions and comments in this article are entirely the responsibility of IRC and do not necessarily represent or reflect Irish Aid policy.