Climate activist Fatou Jeng founded Clean Earth Gambia, an NGO focused on gender, climate change, conservation and environmental awareness. As world leaders gather in Glasgow for COP26 at the beginning of November, Fatou writes for The IRC about the importance of Climate Justice for fragile countries.

I have witnessed climate change in my home 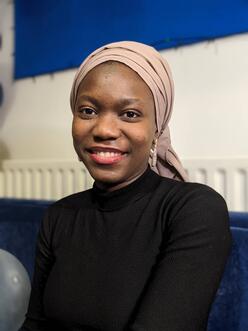 I am witnessing the devastating impacts of climate change playout in real time. In my country, The Gambia, in West Africa, farmers’ crops are failing due to drought. In coastal areas, communities are extremely vulnerable to rising sea levels. As livelihoods are destroyed, people are leaving their homes, displaced as a results of the impacts of the climate crises.

While the focus of COP26 has been on reducing emissions, this is only part of the equation.  Poorer countries, which contribute least to global emissions, must be supported so they can adapt to the growing consequences of a warming world.

Leaders are failing to grasp the urgency of the crisis before us. Climate change can no longer be seen as an abstract threat. It is already happening now. And as the recent IPCC report unequivocally laid out, the impacts will undoubtedly worsen.

Leaders are failing to grasp the urgency of the crisis before us.

As global heating threatens to spiral out of control, bringing with it increasingly extreme weather and climate shocks, the future for people living in poorer countries has become increasingly precarious.

Poorer countries will suffer the most

A deeply unfair situation exists today, where people living in fragile states and poorer countries are set to suffer the most. The evidence is there. The International Rescue Committee has found that climate change is already a major driver of hunger around the world. 34 million people are currently experiencing emergency levels of acute food insecurity. This is likely to rise.

As resources become increasingly scarce, conflict will likely worsen. Seven of the ten countries which are most vulnerable to climate change are already experiencing conflict and fragility. 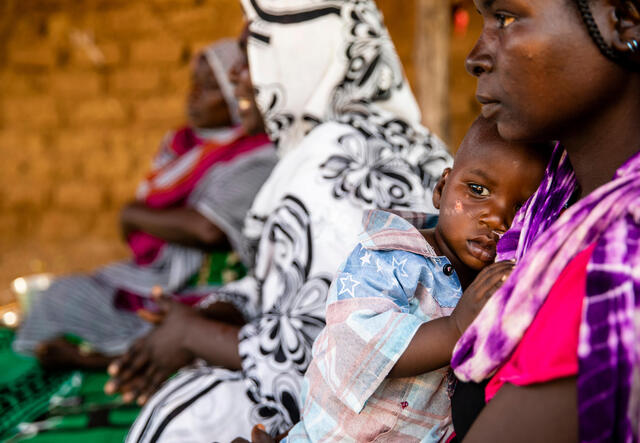 A mother learns how to identify signs of child malnutrition at an IRC information session in her village in Chad. The Lake Chad Basin is warming at 1.5 times the global rate, driving up hunger and fueling violence.
Photo: Timothy Nesmith/IRC

Women will bear the brunt

When humanitarian crises deteriorate and hunger levels increase, women and girls will shoulder the burden. Cultural expectations on women to care for their families will not reduce, even when livelihoods are destroyed as a result of climate change. We already know that economic downturns can lead to increased levels of gender-based violence.

Women’s livelihoods are also on the line. In The Gambia, women constitute  about 70% of the agricultural workforce, yet face inadequate access to basic natural resources needed for farming, which land degradation will further exacerbate.

There is a great injustice at the heart of all of this. All too often, these underrepresented groups, such as women living in fragile states, understand most about what is at stake and, therefore, the solutions needed to tackle climate change.

Yet women in particular have been systematically excluded from the decision-making table. 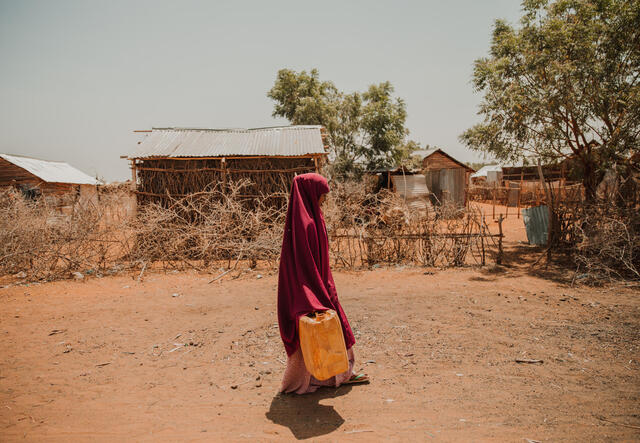 A girl goes to collect water for her family in her village in Ethiopia: As conflict rages in the northern Tigray region, the country has already endured famine and an unprecedented locust outbreak.
Photo: Martha Tadesse/IRC

The UK can lead by example at COP26: Climate Justice is key

The UK, as host of COP26 this year, had an opportunity to lead change, by championing the participation of women across all levels of negotiation. So far the UK’s track record has been poor in this regard.

Climate justice must be at the heart of the UK’s leadership at COP26.  A climate justice approach is about recognising the unequal impact of climate change both between and within countries, empowering those most at risk to act, and ensuring marginalised groups are represented. The UK must push donors to increase climate funding to low-income countries and ensure that this funding is in the form of grants.

Last month, when Boris Johnson addressed the UN in New York, he said that COP26 will be the "turning point for humanity". Yet as long as large swathes of humanity remain underrepresented and unsupported, action at COP will have little meaning.

The fight cannot be won through well-meaning words, one-off programmes or snappy press releases. It requires a strategic, systematic approach that builds alliances of the willing and drives catalytic change. A climate justice approach is the single-best hope the world has.

This essay has been written as part of a series with the Royal United Services Institute and the International Rescue Committee which will be published later this year.