On August 1, a new outbreak of Ebola was declared in Beni, in the Democratic Republic of Congo’s North Kivu province. North Kivu is an active conflict zone where over one million people have been uprooted from their homes by continuous fighting. The province has insufficient health facilities and extremely low standards of living. 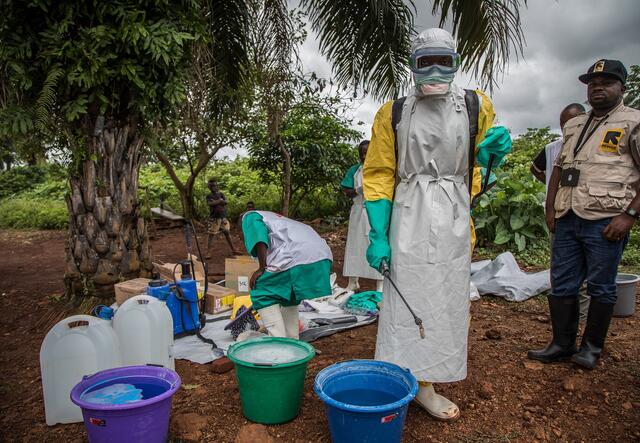 Health workers get dressed in full personal protective gear to disinfect Case Du Salut Medical Centre in Mabalako, North Kivu, Democratic Republic of Congo. Case Du Salut is one of the 37 health facilities being supported by the International Rescue Committee as part of its Ebola response.
Photo: Kellie Ryan/IRC

Congo has been vulnerable to deadly epidemics in the past. What makes this outbreak especially dangerous is the flow of refugees from North Kivu into bordering countries, including Uganda, Burundi and Tanzania. With 112 confirmed and probable cases and 75 deaths, the outbreak has already spread to the Congolese towns of Beni, Butembo, Oicha, and Musienene--and shows no sign of abating. 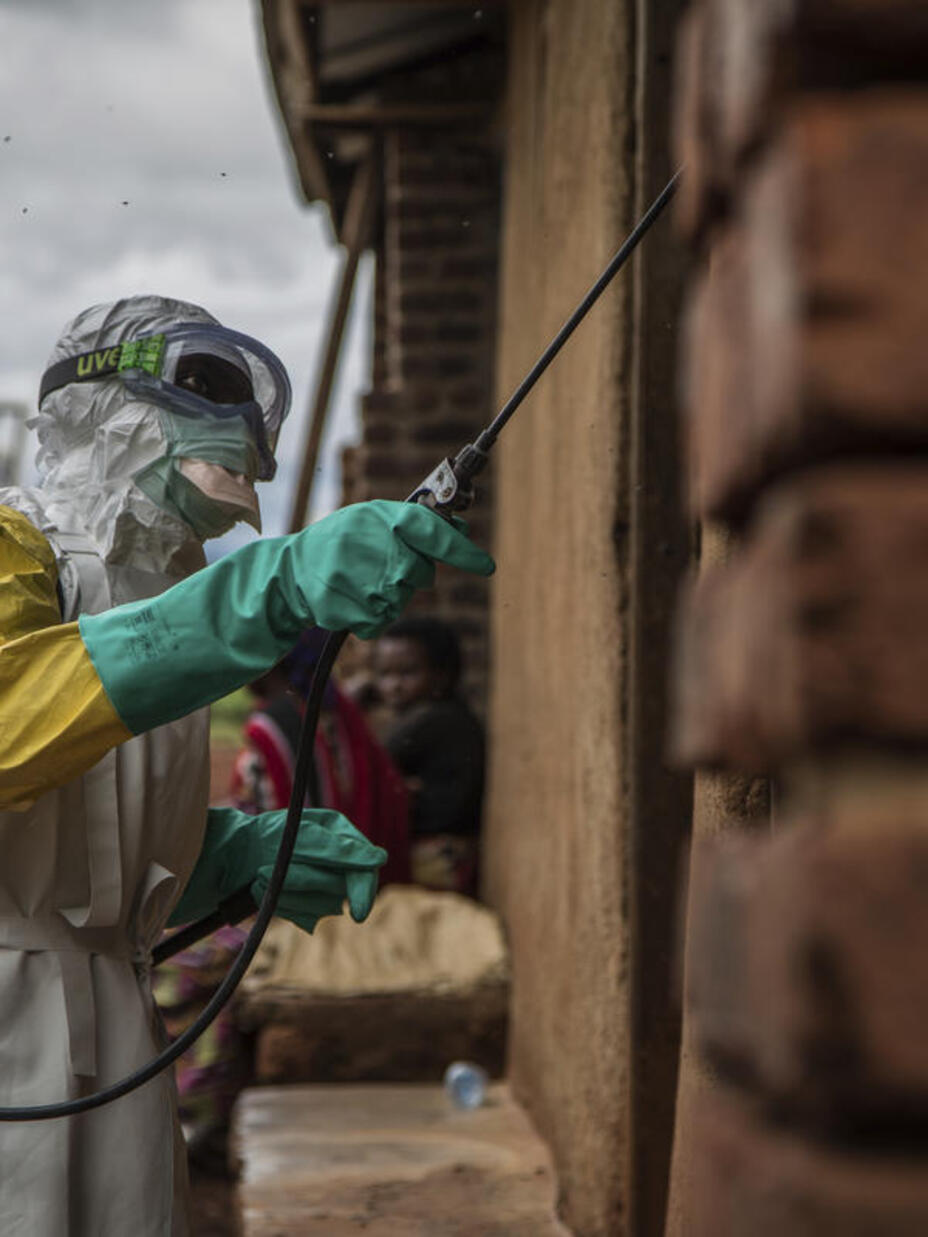 A health worker disinfects Case Du Salut health facility after one of its nurses contracted Ebola while treating an Ebola patient in her community. She was transferred to an Ebola treatment facility where she died.
Photo: Kellie Ryan/IRC

Health experts, including the IRC’s trained professionals, are struggling to contain what is threatening to become the worst outbreak of Ebola the region has ever seen. 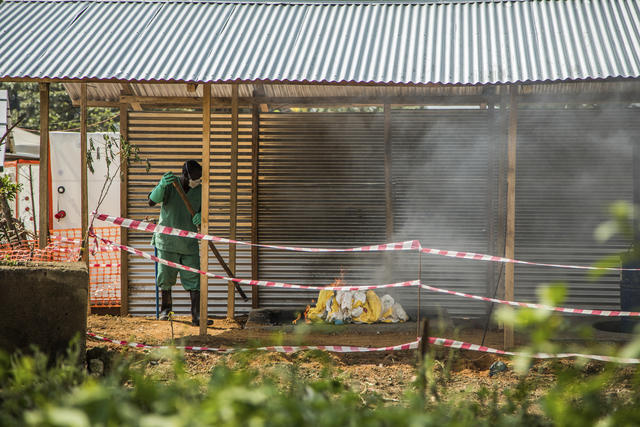 A health worker at Beni Hospital burns personal protective equipment outside the Ebola treatment centre. Health workers who come into contact with an Ebola patient must destroy all of their protective gear to prevent the virus from spreading
Photo: Kellie Ryan/IRC

The IRC is training the staff at 37 local health facilities to recognise the symptoms of Ebola and safely triage and transfer patients to Ebola treatment centres, helping to teach Ebola prevention, isolate and treat the sick, and vaccinate those exposed to the virus. However, resistance in the local communities to the treatment centres poses a serious threat. 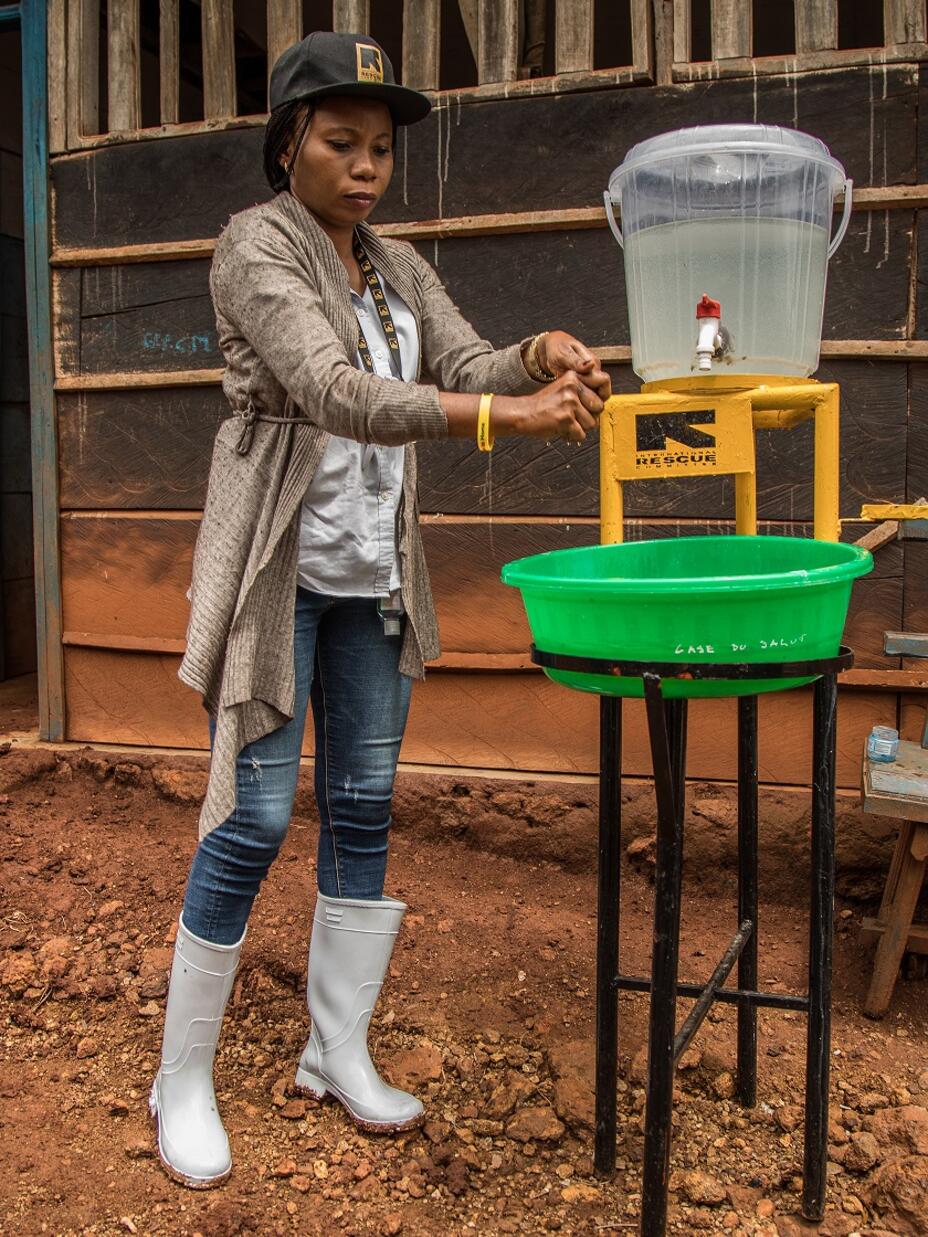 Dr. Sylvie Musema Ngimba washes her hands with chlorine and water at Case Du Salut Medical Centre. She is the head medical doctor responsible for infection prevention and control at the IRC. This is the fifth Ebola outbreak she is working to contain.
Photo: Kellie Ryan/IRC

“I am very concerned that people are afraid to get treatment, says Dr. PiliPili Raphael of the IRC-supported Case Du Salut Medical Centre," describing the panic in local communities where many people fear they will die if they are taken to an Ebola treatment centre.

“Patients are very afraid of the disease.”

Read more about the IRC's Ebola response and our work in the Democratic Republic of Congo.