International Rescue Committee mobile health teams in war-torn Yemen are delivering lifesaving medical services to people living in remote mountainous regions. In the village of Mosuk, about a five-hour drive from the port city of Aden, the teams treat malnourished children, many suffering from cholera, every Wednesday. Follow one of their weekly journeys.

Each day of the week, IRC health teams negotiate dangerous, rocky terrain to deliver health care to people who have no other access to medical treatment. With Yemen on the brink of famine, and struggling to contain the world’s largest cholera outbreak in modern history, the IRC’s work in this ravaged country is crucial. 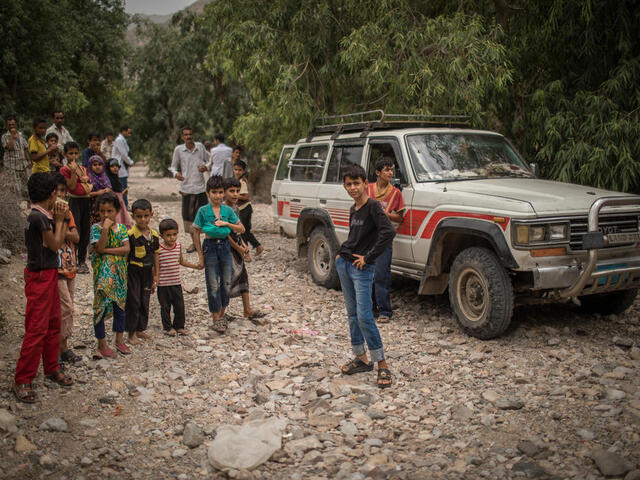 Residents of Mosuk have seen transportation and food costs skyrocket since 2015, the beginning of their country’s civil war, and most cannot afford to hire a car to take their sick children to the nearest hospital, two hours away. 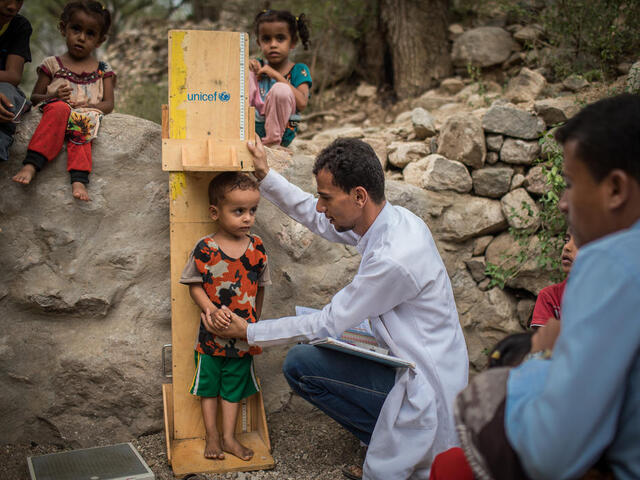 Some 2.2 million Yemeni children are malnourished—80 percent of them severely. IRC teams distribute Plumpy’nut, a peanut-based paste used in emergency treatment of malnourished children, and monitor their progress during return visits. 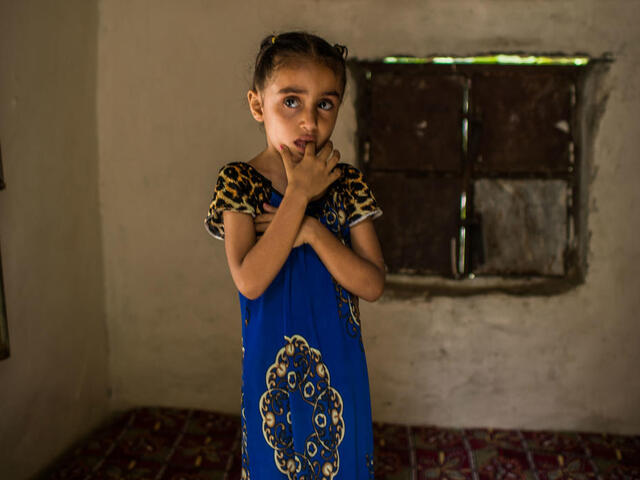 Every 10 minutes, a child under five dies from preventable causes in Yemen.
Enough is enough. As the crisis—one of the largest in the world—reaches its fourth year today, learn about the situation & how you can help: https://t.co/UaJGOx9zlmpic.twitter.com/1OWdHggaMb

Yemen has recorded more than one million cases of cholera. With more than half of its health care facilities destroyed by fighting and airstrikes, and a mass exodus of physicians, the country cannot adequately respond to the deadly epidemic. 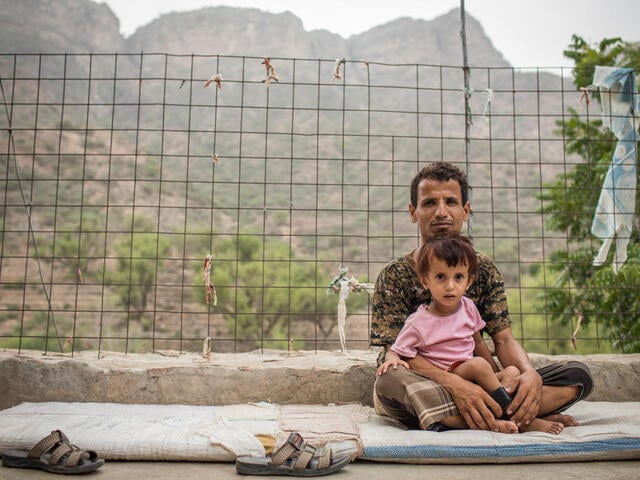 Abdul Ghafar sits with his three-year-old son Abdullah outside their home in the village of Mosuk in southern Yemen. Adbullah had contracted cholera. “One night he was vomiting and having diarrhea,” says Abdul. “I knew the IRC mobile clinic was coming here in two days, so I brought him there. He received good care from the IRC. They gave him medicine and set him up with an IV drip. Now he is fine.” Abdullah is still being treated for malnourishment, and his father worries about the lack of clean water and food in the village.

The United Nations warns that in the next three months Yemen could be in the grip of "the worst famine in the world in 100 years," with 12-13 million civilians at risk of starvation.

Learn more about why Yemen is the world's worst humanitarian crisis.