How this Afghan TV news anchor became a refugee, and is still fighting for women's rights

Single mum Zahra had to leave her dream job when she left Afghanistan. Now living in the UK, she hopes to become a journalist again and use her voice to speak for women's rights across the world. 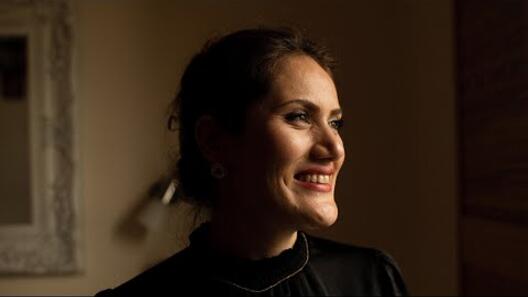 “Since I was a child, I wanted to be a journalist, especially a TV news presenter,” says 32-year-old Zahra from her home in High Wycombe, Southeast England. For ten years, Zahra worked for the government-funded news channel RTA in Afghanistan. “I loved the job,” says Zahra, “but it had a lot of difficulties.”

Zahra now lives in High Wycombe, Berkshire, in the Southeast of England with her Daughter Beheena, 11 years old, and her son Zaheen who is 10 years old.
Photo: Elena Heatherwick for the IRC

Despite it being her dream, the role of a journalist was not always possible for Zahra. “When I finished school, I said, ‘I'm going to choose journalism’,” she told us. “Then suddenly my mum and dad told me I would be engaged to this man. And I got married and my husband at that time didn't let me go to University.”

“It was tough for me,” says Zahra. “I was a very independent girl, and it was just life-changing, having a husband and having a baby.” Zahra suffered from  depression during this time in her life. But Zahra stood her ground, and eventually, she was able to find a job in the media industry. 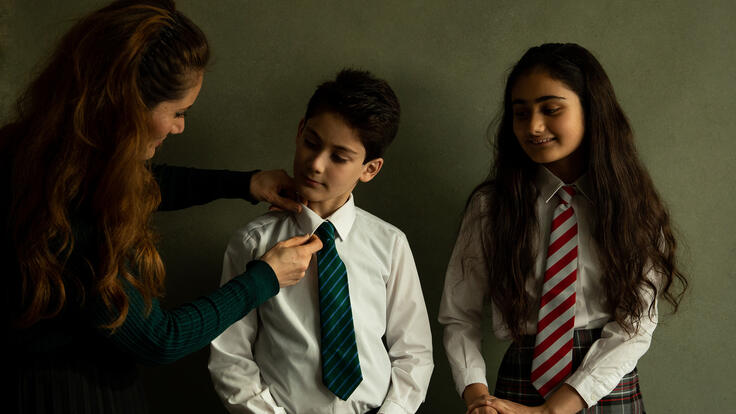 "I think mothers are superheroes,” says Zahra. “I was a single mum and I was a journalist, and I loved my children, and I loved my job. I couldn’t live without any of them.”
Photo: Elena Heatherwick for the IRC

Zahra initially started out volunteering at the RTA news channel. “After seven months, they saw that I was so happy in the job and that I always wanted to present the news programme. They said I could work there permanently.”

Being a female journalist in Afghanistan

As a woman in a public-facing role, Zahra’s job came with challenges. “Even my relatives didn’t like my job, they’d say, ‘oh, she’s a journalist. She’s a very democratic woman. She’s working late at night in the office’.”

Despite criticism, Zahra was very happy with her job. “A job can make a big difference. When you see success in your life, it will motivate you to ask for more success and happiness.” 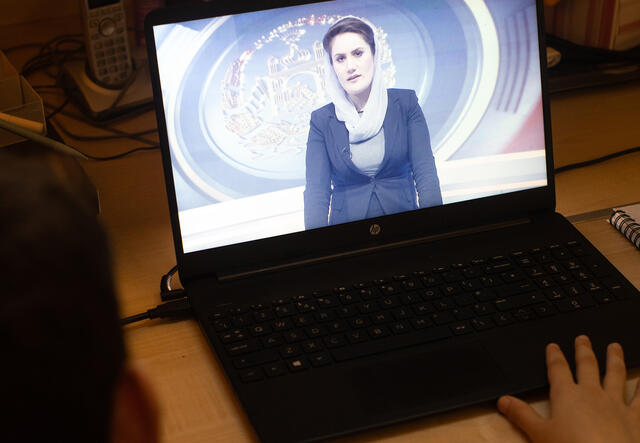 Zahra and her children watch clips of her presenting national news for RTA.
Photo: Elena Heatherwick for the IRC

A few years after Zahra started her career, she and her husband separated. She had to support her two children Beheena, now 11 years old, and Zaheen, 10 years old. “My children were happy with my job and proud of it. I had a good life for them. They went to good schools, the top schools in Afghanistan. So they were happy.”

Mothers are the people who rock the baby in one hand and rock the world in the other."

Moving to the UK

“On the 15th of August 2021, everything changed.” After the change in government, Zahra made arrangements to leave Afghanistan with her family, arriving in the UK on the 28th of August, 2021. “When I first arrived in the UK, I was happy that I was safe. More importantly, I was happy that my children were safe.” 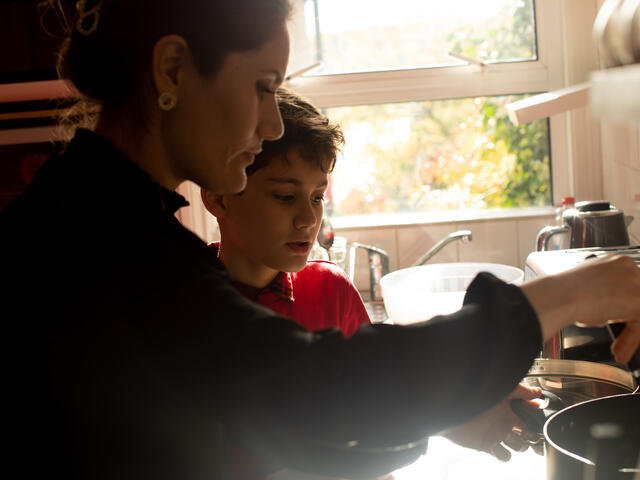 “My children were so happy with my job. They looked forward to seeing me on TV.”
Photo: Elena Heatherwick for the IRC

Sadly, Zahra was forced to make the difficult decision to leave her mother in Afghanistan, who is still living alone in Zahra’s old home. Zahra hopes that she can bring her mother to the UK to live with her. 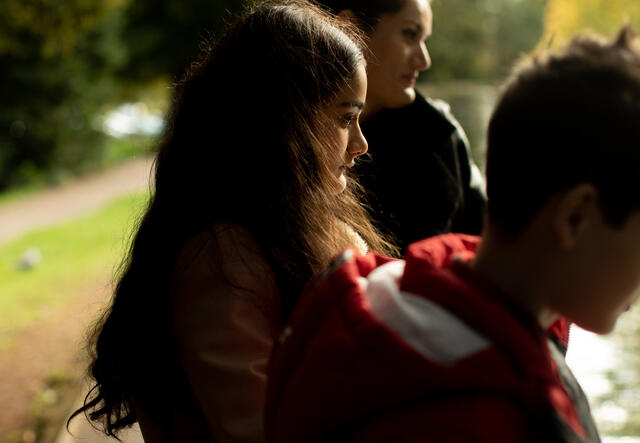 “Beheena is very happy with the school,” says Zahra, “She says, ‘when I have done my school and university, I'm going to help other people.’ And it makes me happy when I see those motivations and behaviour and she's happy to do her studies.”
Photo: Elena Heatherwick for the IRC

Arriving in the UK was challenging for Zahra and her children, as uncertainty about visas and the family's living situation meant they were unable to settle into their new life here straight away. They spent six months in a hotel before being moved to their own home. 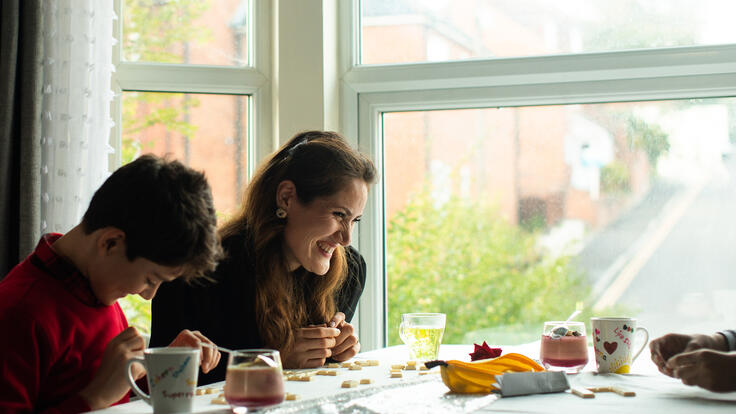 “When I came to this house, we had to start everything new,” Says Zahra.
Photo: Elena Heatherwick for the IRC

Starting life in the UK

But despite the challenges of starting life again in a new culture, it was the kindness of strangers that helped Zahra settle in the UK. “The behaviour was very nice. When I first arrived in the UK, I lost my way. I asked someone, and they helped me very nicely.” 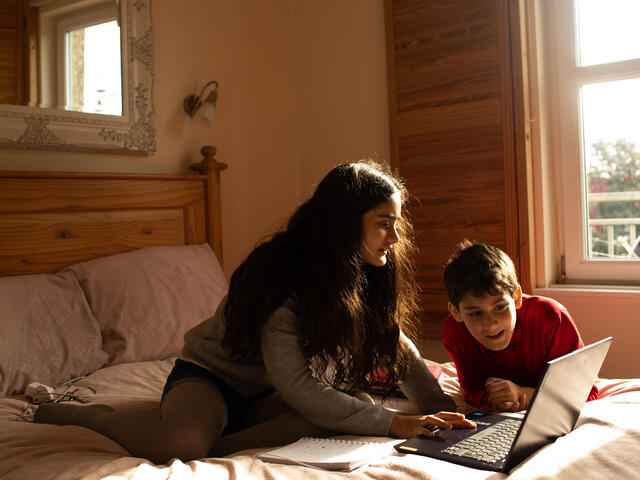 Beheena and Zaheen do their homework together in their mum’s room.
Photo: Elena Heatherwick for the IRC

It’s the small acts of kindness that Zahra remembers from when the family first arrived at their new home. She particularly remembers her neighbour reaching out to ask if it was ok for them to have a birthday party next door. “That felt very nice to me because they didn't think, ‘Oh, she's a refugee. We’re not going to ask for her permission.’” explains Zahra. “And the other neighbour came and told me, ‘if you drive, there’s a car parking space for you because it's for your house.’ So the behaviour was very nice. I am happy.” 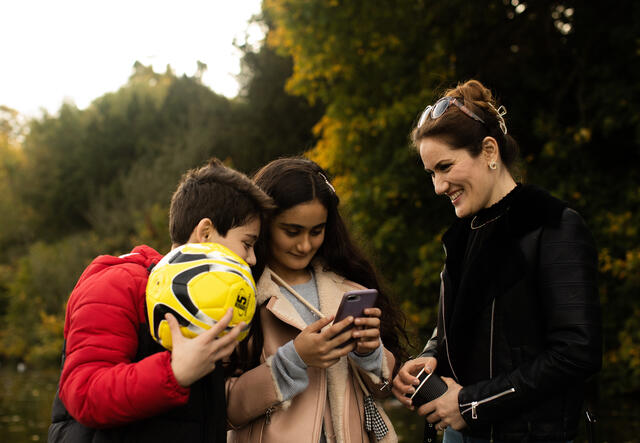 “My children could have a bright future. When they finish school, which will be very soon, they will go to university.”
Photo: Elena Heatherwick for the IRC

Following a new dream in the UK

“When I came, Buckinghamshire County Council said there is an organisation called the International Rescue Committee,” Zahra told us. “When I heard about the courses like Orientation [for Newcomers] and Leadership, I was so excited, especially with leadership because I want to be a good leader for Afghan women’s rights.”

Zahra joined the IRC’s courses earlier this year and graduated from both the IRC’s Orientation for Newcomers and Leadership courses in October 2022.

I learnt a lot from the International Rescue Committee, especially from the leadership course.”

“I want to do my master’s and work again as a journalist here. And I want to advocate for women's rights in Afghanistan and other countries that you see in the media today,”  says Zahra.

“As a journalist, I can raise my voice and I can spread my speech all around the world.”

This project is part-funded by the EU Asylum, Migration and Integration Fund (AMIF), making management of migration flows more efficient across the European Union and Khalsa Aid International.

AMIF in the UK is administered by the UK Responsible Authority (UKRA). The funding was allocated under the EU’s 2014 to 2020 multiannual financial framework (MFF), which will conclude at the end of 2022.

Khalsa Aid International is a U.K.-based humanitarian relief organisation providing support worldwide to victims of natural and man-made disasters. Founded in 1999 on the Sikh principle of recognising the whole human race as one, Khalsa Aid has provided crucial humanitarian aid to millions of people around the world through its Emergency Relief Projects and Global Development Programmes.