Former-medical assistant and mum-of-two, Chadia, was forced to leave her home in Syria, with her family, due to conflict in 2016. After a difficult journey, they were resettled in Brighton, UK.

They were finally safe, but they were alone without friends or relatives and unable to speak the language. Despite the challenges, over the last six years, the family has completely immersed themselves in their new community in Brighton, which they now call home.

While at first Chadia struggled to find a paid job, she was determined to serve the community and volunteered throughout the pandemic. “I cooked for vulnerable people and people who couldn't go out,” Chadia explained. “I did this for about a year and a half.” During the rest of her time, she learnt English. And in February, with support from the IRC, Chadia was delighted to receive the news that she had been offered a job working as a dinner lady at a local school.

“I feel very happy,” says Chadia. “It’s not easy to find a job here.” She’s been working as a catering assistant at Varden High School in Brighton for the past two months and enjoys the routine and working with new people. “I have nice colleagues. They are very helpful and support me.” 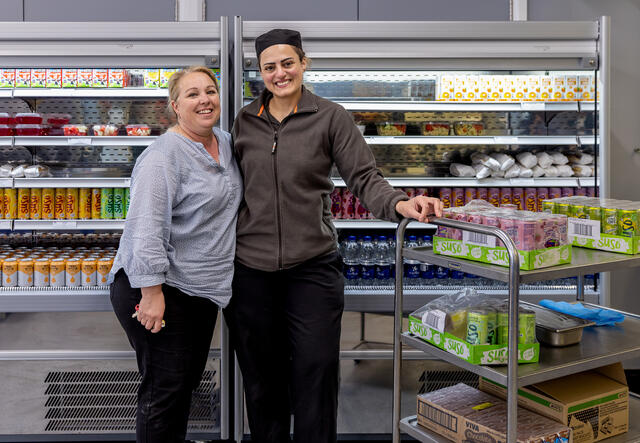 She's very laid back and very thoughtful and kind,” says Chadia’s manager Josie, who has loved having Chadia join the team at Varden High School’s canteen.

“She's always smiling, always eager to get work done,” Josie, Chadia’s new manager says. “She just goes about her work. She's a gentle soul.” On top of her new role, Chadia still volunteers once a month. 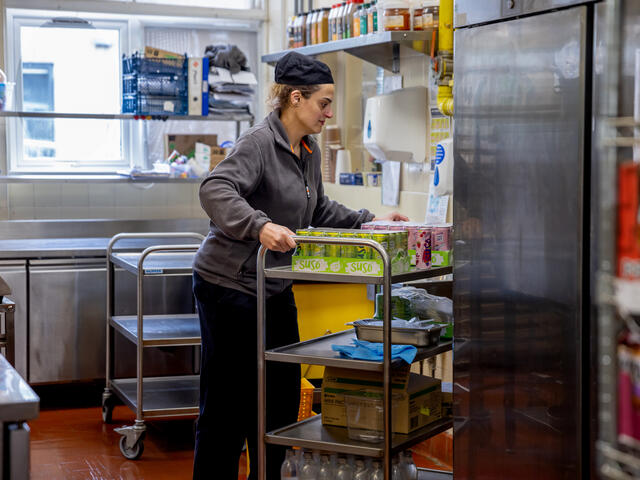 “I like to work with children,” says Chadia. “When I work on the till I need to be very quick because I need to serve students very quickly. I need to be happy and smile every time.”
Photo: Betty Laura Zapata for the IRC

“The RISE programme supported me a lot,” says Chadia, who was part of the IRC’s Refugee Integration in Southeast England Cultural Orientation and Employment Readiness training. The IRC’s refugee employment specialist, Dina, was on hand to help Chadia with her CV. “Dina helped me a lot with my CV,” says Chadia. “I was lucky.” 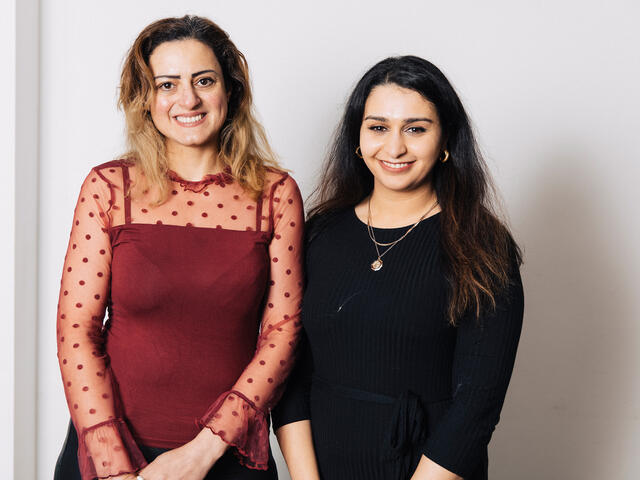 The journey from Syria to the UK

Chadia arrived in the UK with her two children, Nour and Zain, in 2016. Her husband, Mazen, had left Syria ahead of the rest of the family, taking over a month to reach the UK. It was six months before the family was reunited again.

“My house was destroyed,” she told us. “I had to leave. I rented another house in a different area, but it was very expensive.”

Her husband, Mazen, who worked for the post office in Syria, lost his job, and the family struggled to make ends meet. “Two of Mazen's brothers died during that time,” says Chadia, “so we decided to leave.” 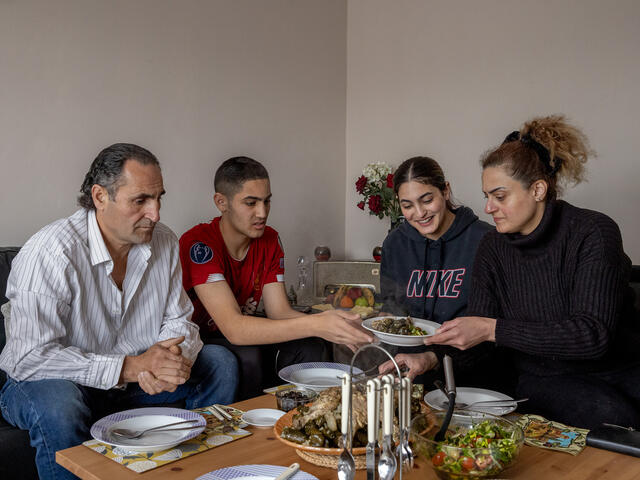 “I came for my children. For them to have a good education and find a good job.” Chadia and Mazen left Syria wanting to give their children the best future they can.
Photo: Betty Laura Zapata for the IRC

They stayed in temporary accommodation in Eastbourne before being resettled in Brighton. “Everything was different from my country,” Chadia reflected. “The language, people, roads, everything!” 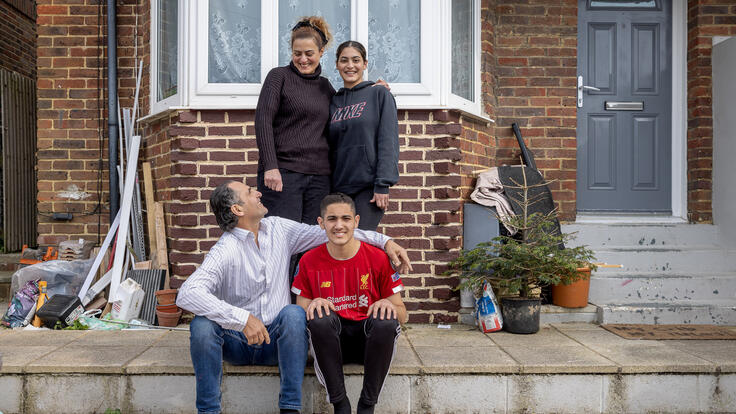 Chadia with her daughter, Nour, her husband Mazen and her son Zain outside their home in Brighton.
Photo: Betty Laura Zapata for the IRC

Chadia explains how difficult it was for her children who were nine and 10 years old when they first arrived in the UK. “They didn't speak any English, so they’d go to school and just listen.” Chadia describes how difficult it was for her son, Zain. “Every day he’d cry and say ‘I need to come back [to Syria]. I don't have friends.’ But after a while, they learnt English.”

Many of the people Chadia met helped her family feel welcome.“Lots of people in the church helped me. I am still friends with them now,”  Chadia added. “If I find something difficult, like translations or paperwork, I can call them, and they are very helpful, every time.” 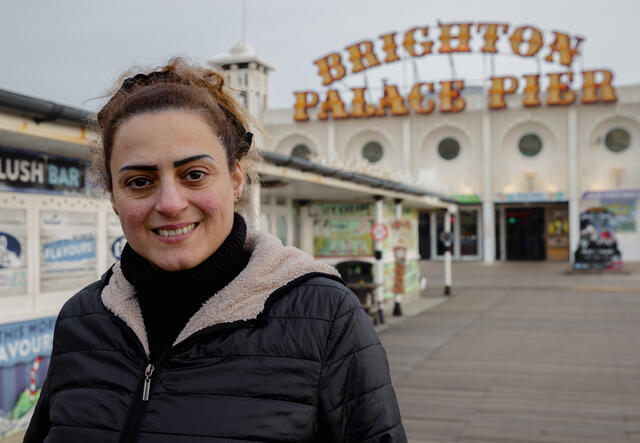 Chadia says that Brighton reminds her of her home city of Damascus before the war in Syria.
Photo: Betty Laura Zapata for the IRC

“I think Brighton is similar to Syria,” Chadia explains how the openness and acceptance of different people remind her of her home in Damascus before the war. “I'm happy because Brighton has many nationalities,” she adds. 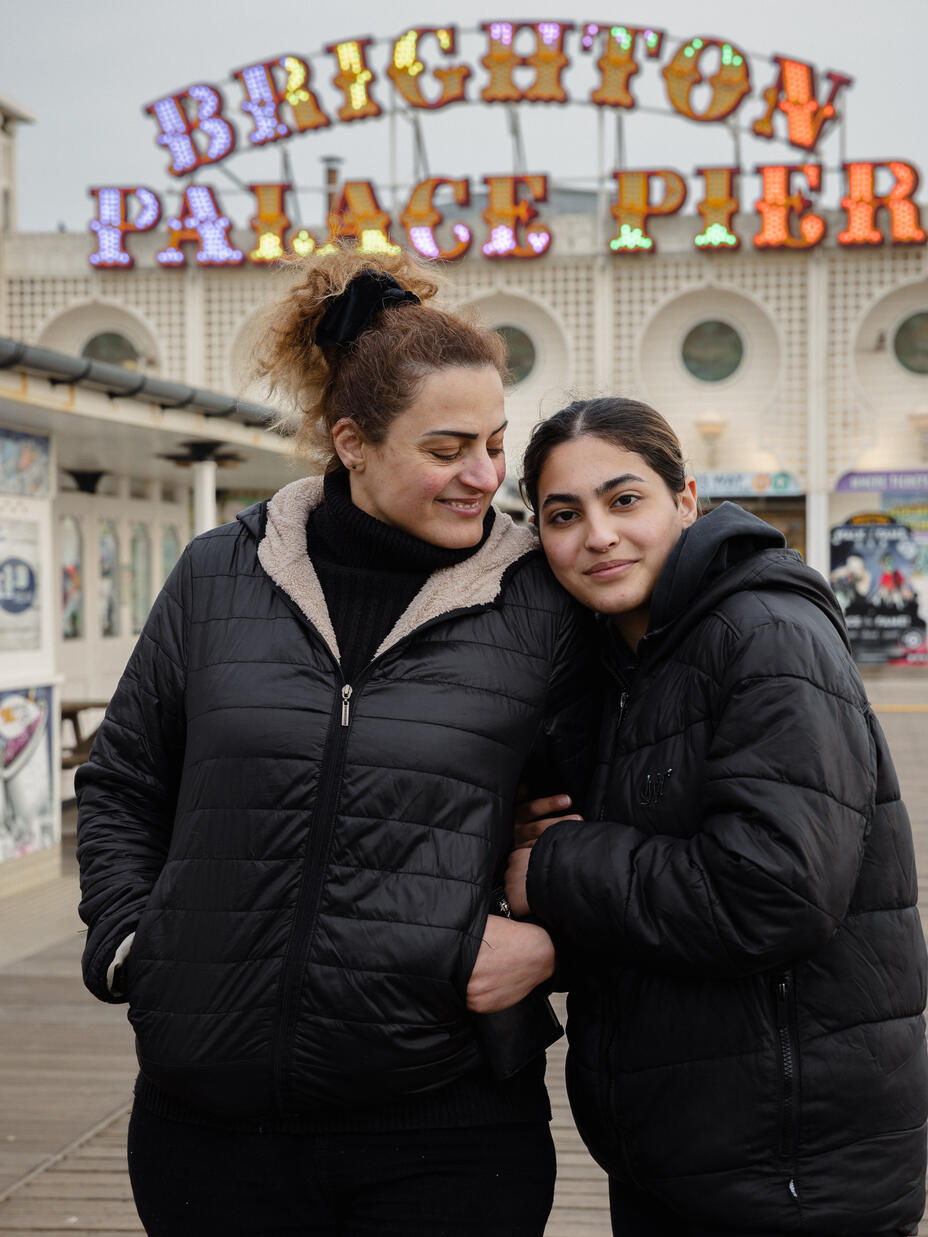 “I love everything about Brighton,” says Nour. “I love the seafront. I love the people. They're so friendly. And I like nature. It's so green, and I like how it's very environmentally friendly and there are a lot of cultures.”
Photo: Betty Laura Zapata for the IRC

Her son Zain feels the same: “The thing I like the most about Brighton is the diversity,” he says. “My friends at school are from all around the world. There are people from the Philippines, Southeast Asia, and South America. There are lots of people from Brazil, too. So we are all from different cultures. And sometimes I bring them food, so they can try Syrian cuisine.” 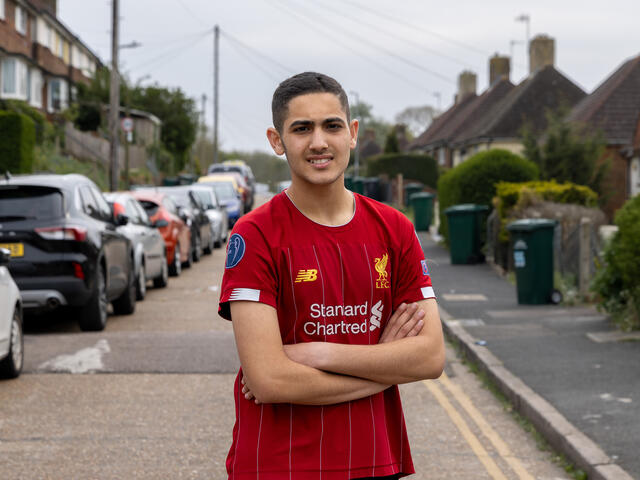 “My mum is a very good person,” says Zain. “I'm grateful to have her because she helps me with my studies. She's always there for me.”
Photo: Betty Laura Zapata for the IRC

Zain, who loves playing football, has taken a break from playing to focus on his GCSEs. “I hope to do well in my GCSEs and get the grades I want to get into college. And hopefully, I can be an engineer in the future.” 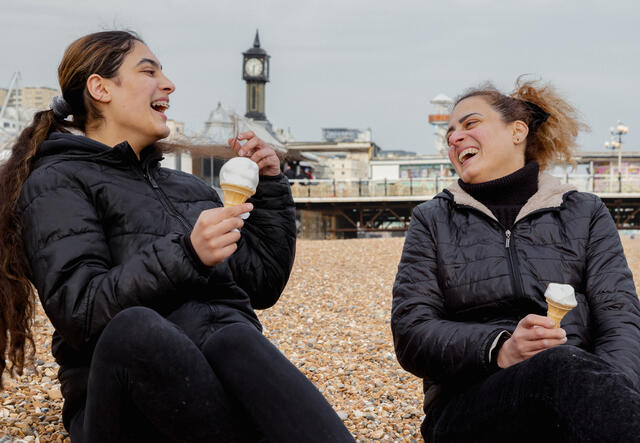 “She's the best mum,” says Chadia’s daughter Nour. “And not just that, she's a really good friend to me.”
Photo: Betty Laura Zapata for the IRC

“In the future, I want to do something that will help my mum and dad because they worked so hard for me,” says 15-year-old Nour. “My mum is an amazing person,” she says. “She always tries hard to make something for us.”

This project is part-funded by the EU Asylum, Migration and Integration Fund (AMIF), making management of migration flows more efficient across the European Union and Khalsa Aid International.

AMIF in the UK is administered by the UK Responsible Authority (UKRA). The funding was allocated under the EU’s 2014 to 2020 multiannual financial framework (MFF), which will conclude at the end of 2022.

Khalsa Aid International is a U.K.-based humanitarian relief organisation providing support worldwide to victims of natural and man-made disasters. Founded in 1999 on the Sikh principle of recognising the whole human race as one, Khalsa Aid has provided crucial humanitarian aid to millions of people around the world through its Emergency Relief Projects and Global Development Programmes.