How the Trump Administration is using COVID-19 to end asylum

The Trump Administration is using the pretext of the coronavirus pandemic to intensify its years-long attack on asylum seekers.

Families requesting safe haven at the U.S. border often have no choice but to flee dangerous situations. They have the legal right to request protection in the United States, and should not be criminalised or separated from their children. Policies that turn them away expose them to dangers that have only been exacerbated by COVID-19.

Find out how the U.S. administration’s policies put asylum seekers—the majority of whom are people of colour—at increased risk and threaten to destroy the asylum system as we know it. Instead of protecting the public, the new proposals appear likely to worsen our unprecedented health crisis.

Editor's note: The IRC is monitoring the allegations about hysterectomies performed on asylum seekers in the Irwin County ICE Detention Centre in Georgia. Read more below.

Prior to the pandemic, the Trump administration had taken steps to turn away families seeking safety. By placing an arbitrary daily limit on the number of asylum seekers who could be processed, and forcing asylum seekers to make their case from Mexico rather than inside the U.S., tens of thousands of people were being sent into harm’s way. 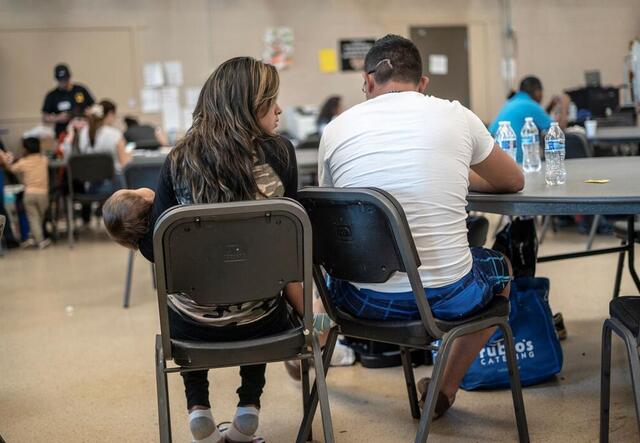 19-year-old Stephanie and her 22-year-old husband Thomas were forced to flee Honduras with their two-year-old daughter, Judy, because of gang violence.
Photo: Andrew Oberstadt/IRC

Then, in late March, the Trump administration issued an order to immediately deny entry to non-citizens arriving at the border—with no opportunity to request sanctuary. In just six weeks, the Customs and Border Patrol (CBP) denied entry to some 20,000 people, including 400 unaccompanied children. CBP considered these cases for an average of just 96 minutes each before deciding to turn back asylum seekers without any ability to bolster their case or provide more information. Although local communities in northern Mexico have made valiant efforts to welcome those turned away at the border, services are overwhelmed and asylum seekers often find themselves at risk of the same type of violence they fled.

The Trump administration can and should implement public health measures, including screenings carried out by public health officials, to mitigate risks to asylum seekers, and must increase access to health facilities at the border. But current policies merely compound the danger both at home and abroad.

The U.S. continues to hold tens of thousands of asylum seekers and migrants in detention centres that are notoriously overcrowded, with track records of neglect for sanitation, medical care and personal safety.

ICE is likely dramatically underreporting COVID-19 cases in these centres, by a factor of as high as fifteen. But the little data we do have suggests that over twenty percent of the asylum seekers and migrants tested while held in detention are coming back positive for the virus.

Here I am in a room with over 100 people—like being in a crowded market.

Philip*, an IRC client from Democratic Republic of Congo currently detained at a private ICE facility in Texas, recounted his experience: “ICE does not respect any COVID public health measures—they don’t pay attention to the rules. Here I am in a room with over 100 people—like being in a crowded market. We are given soap and masks, but ICE agents do not wear masks, and do not respect quarantine—which is especially bad since we share so many spaces and materials. I have never seen them measure a single person’s temperature.”

Not only has ICE refused requests to release individuals held in these dangerous conditions, the agency is further facilitating the spread of the coronavirus through deportations, sending people straight from overcrowded detention centres to countries already struggling to control the pandemic due to strained health care infrastructure. Over 450 deportation flights have taken place in 2020, with nearly a dozen countries in Latin America and the Caribbean confirming deportees returned with the virus.

Given the conditions in detention centres, all ICE detainees must be released and allowed to follow public health best practices. The administration also must halt all deportations while the pandemic is ongoing, as these are accelerating the spread of the virus. A bill in Congress, the Immigration Enforcement Moratorium Act, would end many of these harmful immigration enforcement measures that are worsening our public health crisis.

Update, September 16, 2020: The allegations coming out about hysterectomies performed on asylum-seekers in the Irwin County ICE Detention Centre in Georgia are abhorrent. The IRC continues to monitor ICE’s execution of Trump Administration policies and practices that make accessing protection nearly impossible, and the conditions inside detention centres deplorable. In response to the long list of human rights violations taking place in these facilities, we plan to launch an initiative to help asylum seekers secure their release from ICE detention centres in Atlanta. We will take referrals from individuals held at the three main detention centres in Georgia, including Irwin County.

Seeking asylum in the U.S. has never been easy and Trump Administration policies have made it close to impossible. In June, the administration went one step further by proposing new regulations that would effectively end the asylum system as we know it—not just during the pandemic but for years to come—and deny asylum seekers any chance at a fair hearing.

Under the administration’s proposal, people seeking safety would face the nearly impossible task of putting together a comprehensive case for asylum at the first stage of the process. After a long, arduous journey, they would be expected to present details around the condition of their country in legal terms, documentary evidence such as police reports, expert testimony further explaining the conditions they suffered, and carefully developed legal arguments—all while in detention and likely without legal representation. Those who arrive without a full understanding of asylum law—a high bar to clear—would risk being permanently barred from seeking protection in the U.S. 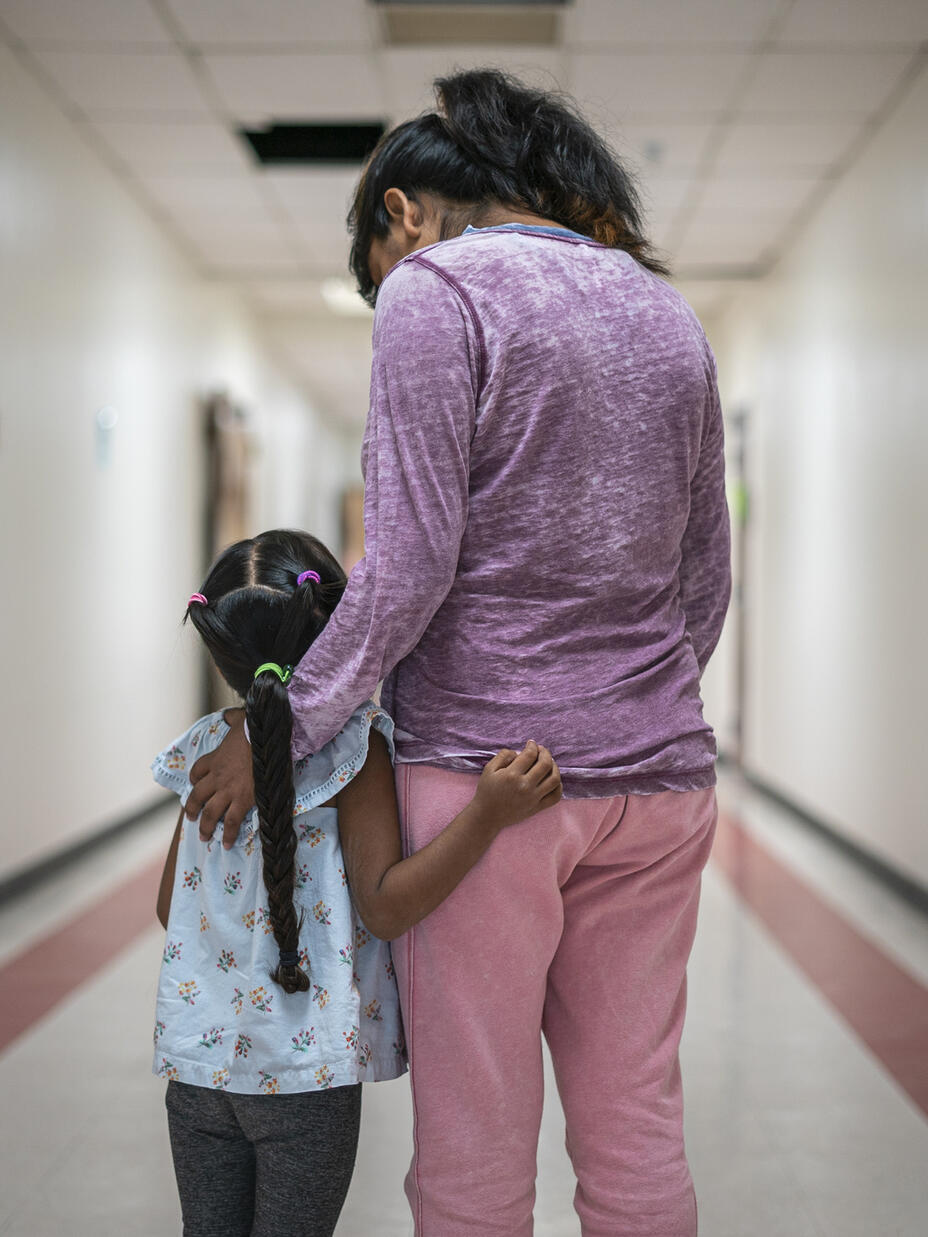 Women and LGBTQ+ people left out in the cold

Those able to make a case for asylum would find the qualifications narrowed. The Trump Administration wants to prohibit many claims based on gender-based harm. Domestic violence victims, people persecuted for their gender identity or sexual orientation, and feminist and LGBTQ+ advocates would find themselves barred from asylum.

“In Honduras, transgender people are persecuted and discriminated against,” says Lincy Sopall, a transgender woman who fled Honduras and was granted asylum in the U.S. in 2018. “It is not a place where you feel you can live safely. Nobody considers you a human being. Nobody thinks you have feelings. Your own country closes its doors to you.”

The new rule also allows for the blanket denial of claims made by victims of gang violence, a change that targets Central American asylum seekers whose countries suffer from murder rates akin to areas of war and conflict.

Despite these consequences, the administration’s rule changes continue to move forward after an insufficient and rushed 30-day public comment period. 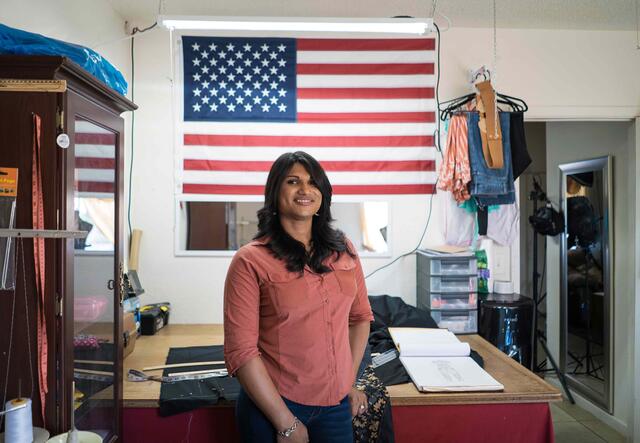 Lincy Sopall, a transgender woman who fled Honduras and was granted asylum in the U.S. in 2018.
Photo: Andrew Oberstadt/IRC

Imagine you’re a nurse risking your life treating patients for COVID-19. You also happen to be an asylum seeker with your case still pending. Suddenly, immigration agents arrest you and you are deported or expelled to the country you had fled. The reason: you’ve possibly “come in contact” with the coronavirus in the U.S.

Under yet another administration proposal issued in July, asylum seekers can be disqualified if they come from or travel through a country where a coronavirus outbreak is “prevalent or epidemic,” or if they “come in contact” with the virus—even if they are not infected or if they have a legitimate claim to asylum. While it’s unclear how the U.S. government would determine which asylum seekers fall into these categories, the proposal would apply to asylum seekers already in the U.S. That means that the country could deport not only essential workers like nurses, but also doctors, hospital staff, and others who risk their lives responding to the pandemic. Asylum seekers who contract COVID-19 while in ICE detention centres could also be denied safety.

Alarmingly, the changes would allow the administration to extend this ban to asylum seekers and migrants with other diseases, including treatable conditions. 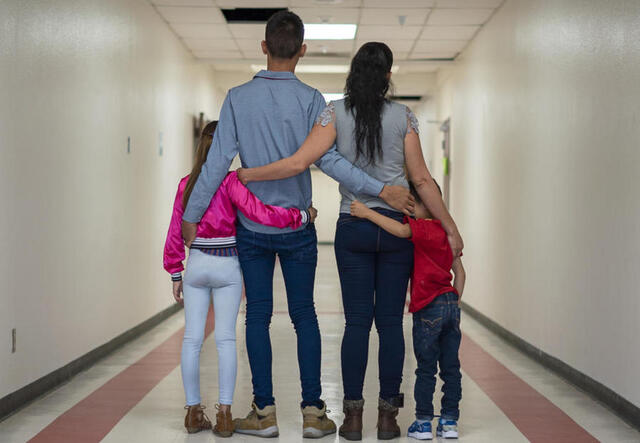 After seeking asylum in the U.S., Elisa and her three children received assistance at the IRC Welcome Centre near Tucson, Arizona. “I couldn’t fight back,” Elisa says, referring to gang members who took their home in Mexico. “I didn’t want them to hurt my kids, so we left.”
Photo: IRC

The IRC continues to provide emergency humanitarian programming to asylum-seekers on both sides of the U.S. southern border. In Phoenix, the IRC provides comprehensive assistance to asylum-seekers released from U.S. government detention through a collaborative shelter operation providing warm meals, clothing, transitional shelter, and travel coordination to more than 8,000 asylum-seekers since June of 2018. In California and Texas, we are working alongside partners to respond to asylum seekers’ urgent needs.

In Mexico, the IRC is working with local partners to aid migrants and asylum seekers stuck in border towns. We support programs that work with women and girls who have experienced violence. We have also worked with local partners to launch a COVID-19 public health awareness campaign and establish an official quarantine centre with counseling and testing for the virus.