Love and loss in Syria: One teenage refugee's story

Rawan*,19, lost her first love to war. Shortly after that tragedy, and following years of danger and persecution, she and her family finally left their home in Dara’a, Syria, for Ramtha, Jordan, hoping to start anew. The International Rescue Committee has helped them find the strength to do that, and supported Rawan as she heals and recovers from her loss. She bravely agreed to share her story:

I fell in love with Karam* the first day I saw him. The first time I looked into his eyes, I felt like I knew him, like we were close somehow. Day after day, our love grew. It felt surreal: I couldn’t believe this was happening to me.

We were neighbours, so we would go to our rooftops and look at each other from far away. He would turn on his favourite songs and we would listen to music together—on our separate roofs.

I fell in love with Karam the first day I saw him ... I couldn't believe this was happening to me.

We developed this relationship for a year and a half, but we grew really close during the last three months before his death. Our families also had gotten closer during the war. There was much love between people in our village because only a few families were left—everyone else had fled.

One day, I heard Karam’s mother’s screaming. I ran to their house immediately, half dressed, and I saw him there lying in his mother’s lap—dead. His parents told me that Karam was trying to save a man wounded in an attack, but couldn’t pull him to safety. A sniper shot Karam in the head.

I wanted to hug him, to smell his scent for the last time, but I couldn’t. I regret it to this day, not hugging him then. I just looked at him, looked into his eyes. There was a tear, as if stuck in the corner of his eye. I didn’t cry. I wanted to scream but couldn’t. After they took him away, I cried so much.

During our last conversations, he told me again and again that he felt like those were his last days, and if anything happened to him before we could marry, that I should move on.

Losing more than a home

Karam was killed in January 2013. My family and I moved to Jordan later that year when the airstrikes and attacks escalated. At the beginning of the war, we used to escape from one place to another within Syria, but we decided to leave Syria altogether. We could not bear it anymore. 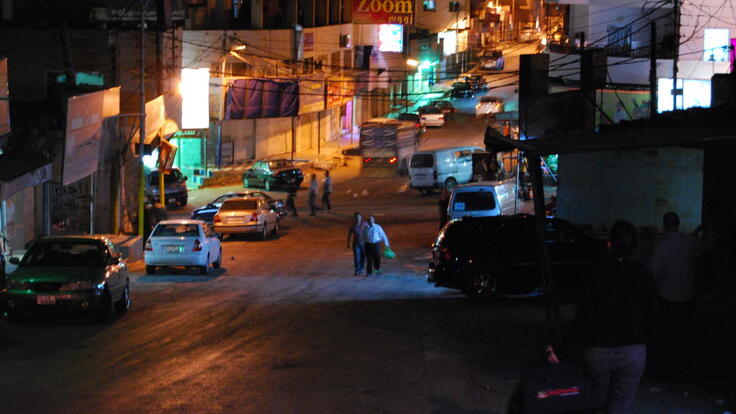 The Jordanian border city of Ramtha became Rawan's family's home after they fled Syria. "I hope to return to my country," Rawan says. "I hope to have a good future."
Photo: Photo: Ned Colt/IRC

One time, when my family had gone to the market and I was in the house alone, soldiers raided our house. There were 20 of them, and when they saw that I was alone, they started speaking to me in a sexually offensive way. They were following me around the house and were about to attack me when they learned opposition forces were coming. So they left.

Armed forces would always raid our village. They would kill people in their homes. They took my father away so many times. And my dad is sick. He has a heart condition—only 10 to 15 percent of the muscle functions.

When we first came to Jordan, I was depressed. I gained so much weight. I would just sit at home with my mother, to help her.

Karam’s death had been a shock to me. I didn’t show anyone how much I was suffering; I would cry myself to sleep at night, alone. I would write poetry to vent. I’ve been writing poetry since I was 14, but I never show anyone my poems. Even my family knows that my notebooks are off limits. I use poetry to relieve the pain inside.

Valentine’s Day is my favourite memory of Karam.

Valentine’s Day is my favourite memory of Karam. I went to his house to see his sister. We were sitting in her room, and he gave his sister a bag to give to me. In the bag, there was a bouquet and a silver necklace with our initials on it.

I was shy so I left, but later I sent him back a gift through his sister. I also sent him a silver necklace with our initials, a watch, and a perfume bottle. Before we left Syria, I buried the necklace in our garden with a dried flower I kept from the bouquet.

My mother used to come to the International Rescue Committee center for counselling, and they supported her with cash assistance. With that cash assistance, we were able to rent an apartment of our own. Then my mother signed me up for beauty salon classes at the centre. 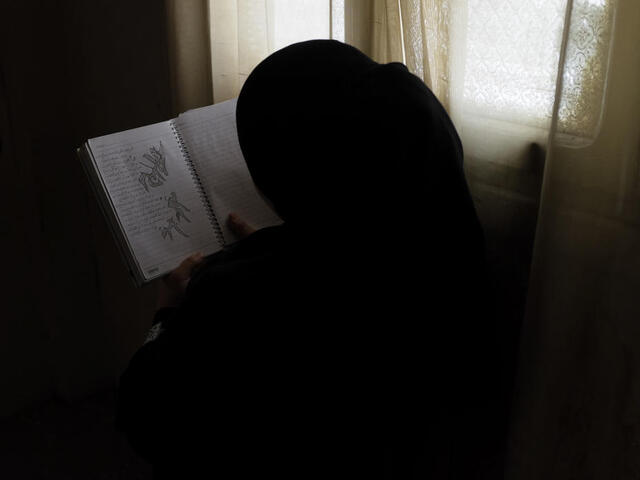 Rawan writes poetry to vent her suffering. "I’ve been writing poetry since I was 14, but I never show anyone my poems," she says. "Even my family knows that my notebooks are off limits."
Photo: Photo: Timea Fauszt/IRC

Right away I felt comfortable here; I’ve been coming for a year. I’m taking counselling sessions, English and Zumba classes. I was singing one night and everyone was surprised. I feel hopeful again … like my life is finally going to change somehow.

I hope to open my own beauty salon. I hope to return to my country. I hope to have a good future. I hope that my dad will find help and recover. If anything happens to him, I wouldn’t be able to bear losing another person I love.

I feel hopeful again … like my life is finally going to change somehow.

Here in Jordan, a lot of suitors ask for my hand in marriage, but I refuse them all without even thinking about it. A lot of girls want marriage and a family, but I feel differently. Right now, I don’t just want anyone.

Names have been changed to protect the families' privacy.