Meet Nasro: “I am the bravest girl in the world”

Meet Nasro, a 17 year old who considers herself to be one of the bravest girls in the world. Her story is the inspiration for the short film Brave Girl Rising, produced by the nonprofit organisation Girl Rising in collaboration with the International Rescue Committee. 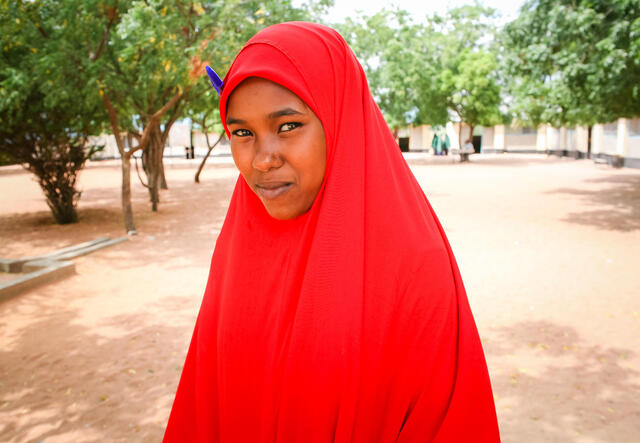 At seven years old, Nasro fled violence in Somalia with her grandparents. It took her several days to reach Dadaab camp in neighbouring Kenya—one of the largest refugee camps in the world. There, she lives with her uncle, aunt and cousins. During the journey, a bus was attacked and a man she thought was a doctor ran to help the injured. Today, Nasro dreams of becoming a doctor. 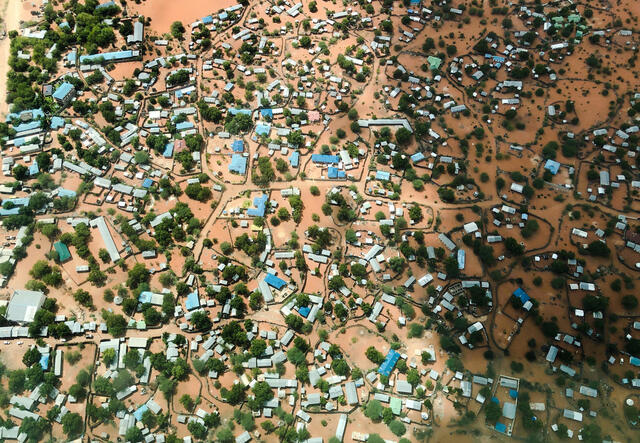 Built in 1991 to shelter Somalis who escaped their country’s civil war, Dadaab is now home to more than 200,000 refugees who have fled from conflict, drought and famine. Refugees living in Dadaab are not allowed to leave the camp, even to work, and have few opportunities to improve their lives. The International Rescue Committee provides health care, livelihoods support, assistance for survivors of violence, and other essential services to help women and girls like Nasro. 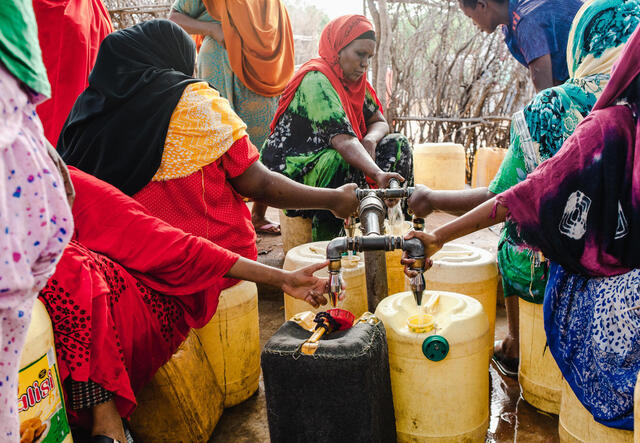 Life in Dadaab is especially tough for girls. Basic necessities are scarce, and there is a constant threat of danger: girls who walk long distances to collect water, food or firewood—or just go to school—are at risk of harassment, violence and abuse. Nasro, herself, was attacked. 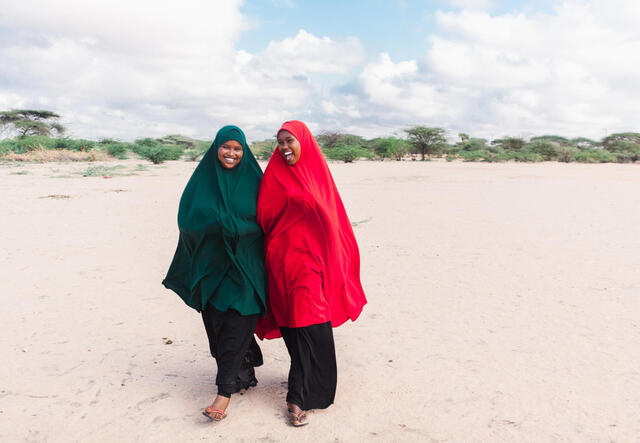 For many girls around the world, the walk to school is so dangerous that parents are forced to choose safety over their daughters’ education. Early marriage is common in Dadaab and other places affected by crisis as families struggle to support their children. According to IRC experts, girls as young as 13 are forced to drop out of school and marry. But for Nasro, education is a lifeline and a pathway to a brighter future. 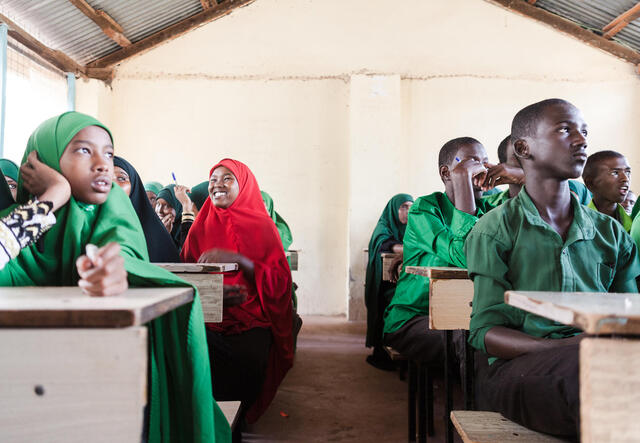 Nasro is determined to be at the top of her class. She arrives early to school, braving the walk in the dark. “When you have lost what I have lost, school becomes your everything,” she says. Nasro acknowledges that there are many obstacles that may prevent her from going to school, but says she does not allow those problems to get in her way.

When you have lost what I have lost, school becomes your everything.

Nasro believes that girls have a lot of potential, and—given the opportunities—they can change the world. She is also part of an IRC-run club for adolescent girls who come together to talk about their experiences, support each other, and learn about sexual and reproductive health as well as violence prevention. 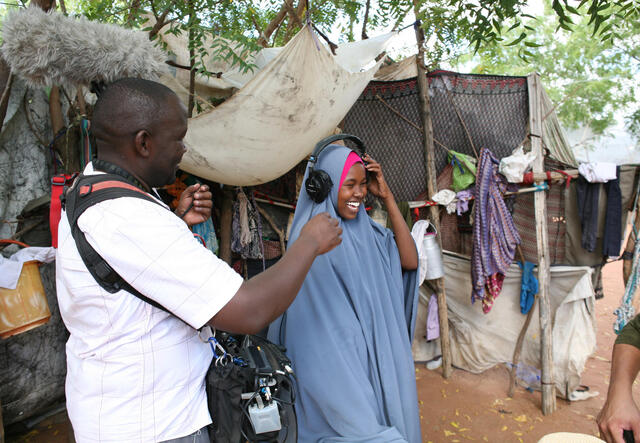 Brave Girl Rising is set to debut on International Women’s Day (March 8). The screenplay was written by Warsan Shire, London’s former young poet laureate, who based it on hours of conversation with Nasro—and on her own experiences as a Somali refugee in Dadaab.

“Campaigns like this ensure the most vulnerable women are part of the global conversation, and show the importance of prioritising their safety, education and wellbeing,” says Nicole Behnam, the IRC’s senior director for violence prevention and response. “The IRC is proud to support and empower girls like Nasro around the world, so that they can recover from violence and take control of their lives.”

How the IRC helps adolescent girls

The International Rescue Committee is a global leader in providing services and resources to adolescent girls in crisis, to help them recover from violence and regain control over their lives and futures. Through psychosocial support, skills building activities, mentorship, and other programmes, the IRC engages girls, their parents, caregivers, and community leaders to support, protect and empower girls.