Meet Yete: the inspirational woman who risked her life to protect her husband

Yete’s newborn boy coos as she swaddles him gently in a soft new wrapper, fresh from the laundry line. He’s yet to receive a name; “We’re waiting until after the harvest,” she explains. 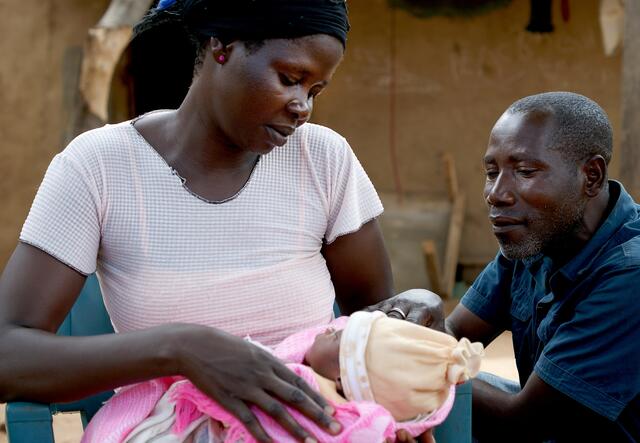 Yete and her husband Matthew with their newborn baby.
Photo: Jessica Falk Perlman/IRC

Yete and her husband Matthew sit under the shade of a large tree in the centre of their garden as their second-youngest son, three-year-old Donald, toddles next to them. Their other three children are at school, Yete explains, enjoying a moment of peace before they come tearing through the gate at home time.

A gentle breeze ripples the corn in the fields, with the Mandara Mountains lush and green on the horizon. 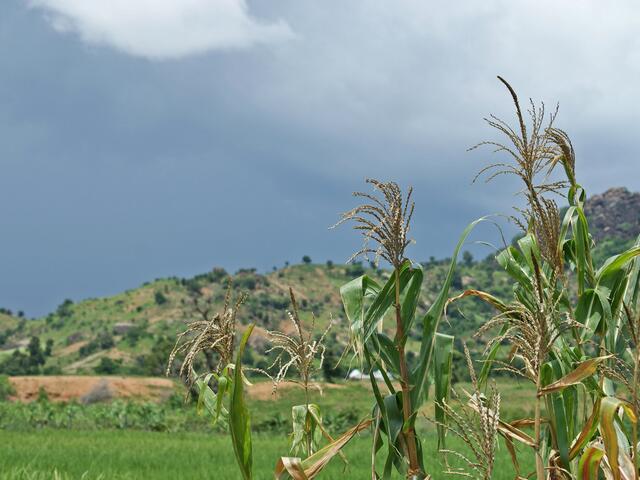 "We heard gunshots and ran to the mountains.” When fighting broke out, Yete and her family were forced to flee their home.
Photo: Jessica Falk Perlman/IRC

But these idyllic surroundings belie the chaos and terror brought upon Yete and Matthew’s community just a few short years ago - and today fighting is worsening not far from her home in North East Nigeria.

“They were shooting everywhere,” says Yete, remembering the day when fighters came to their village. “Many people were killed. We heard gunshots and ran to the mountains.” 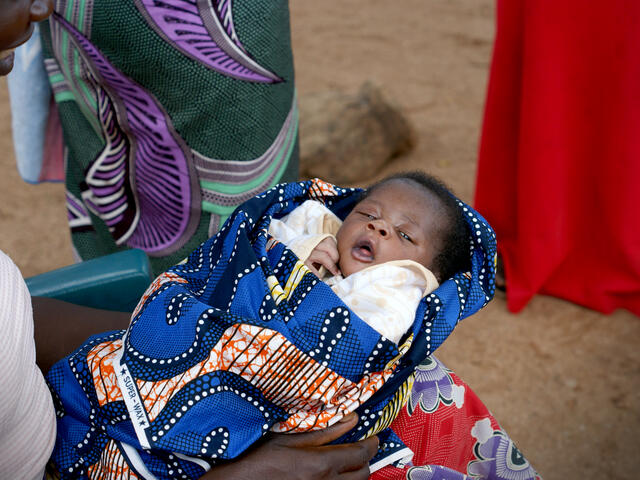 Yete’s newborn boy has been born into safety. He’s yet to receive a name; “We’re waiting until after the harvest,” Yete explains.
Photo: Jessica Falk Perlman/IRC

She and Matthew, along with their three young children and some neighbouring families, spent two weeks sleeping on the rocky terrain of the mountainside.

But they soon ran out of what little supplies they had, and Yete knew that without food and water her family’s lives would be at risk. Men were being forcibly recruited to the armed group and killed if they resisted. Despite Matthew not wanting her to go, Yete and a few other women made the brave decision to return to their village on foot to grab whatever essentials they could find.

We’re a team and we work together

“Men were targets and could be captured,” Yete recalls. “I would sneak back to the village for food and supplies. I felt sick, I was so scared.” Yete was pregnant at the time and, heartbreakingly, suffered a miscarriage.

When the young family finally returned to their farm everything had been destroyed by wandering cattle, let loose during the attack. Working in the fields is still dangerous — farmers in northeast Nigeria are still at risk of being caught up in the fighting — but they persevere. Together Yete and Matthew have rebuilt their farm from nothing, going from strength to strength. 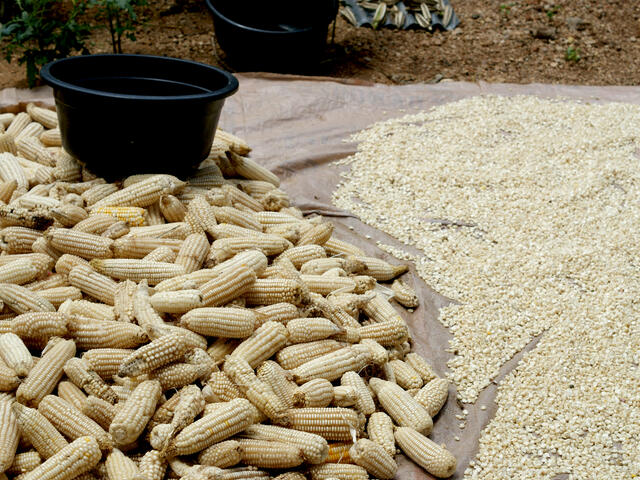 The new farming techniques Yete and Matthew learnt at the International Rescue Committee field school have been put to good use.
Photo: Jessica Falk Perlman/IRC

The new farming techniques they’ve learnt at the International Rescue Committee field school have been put to good use: mounds of newly harvested corn and okra are drying on large tarpaulins around the family compound, and four well-fed goats bleat from their pen.

“We’re a team and we work together,” Yete smiles towards Matthew as he gathers Donald into his arms. “Things are better now than before the conflict came to our community. I feel proud of my accomplishments. All I hope for now is for our children to be educated—then nothing will go wrong for me.”

In northeast Nigeria, where the conflict between Boko Haram and the Nigerian Government is in its 10th year, the International Rescue Committee is supporting farmers and small business owners like Yete and Matthew to survive, rebuild their lives and regain control of their futures. IRC economic recovery and development work in Adamawa, northeast Nigeria, is made possible by the OCP Group.