Mental Health Awareness Week shines a light on a matter that is shrouded in stigma and secrecy.

So, as Mental Health Awareness Week draws to a close – it’s important that we don’t forget refugees and those who have had to flee their homes. 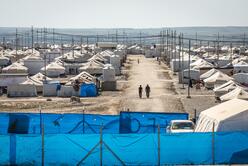 People like Seif, who is living in a camp near Mosul after his family fled ISIS. Four of Seif’s children are deaf-mute from birth. His eldest son needs weekly blood dialysis. To afford treatment and transport to the nearest hospital, the family had to sell everything they owned, even their furniture.

“I used to build houses, but I don’t have work here in the camp,” Seif told us. “We don’t have money. My children have been asking for meat for the past two days, but I can’t afford it. It’s hard to deal with so many problems.”

“It’s hard to deal with so many problems.”

Those who have fled their homes for safety often have to leave everything behind; many are not able to work but still have to make ends meet for their families. Chronic stress makes it hard for people, families, and communities to trust one another.

For men in this situation, mental health problems can be exacerbated by feelings of guilt and powerlessness as they’re not able to support their families.

“They want to work more than anything, provide for their families, and not be dependent on other people,” explains Nidhal, who facilitates a support group in the camp for men which Seif attends. These sessions run by the International Rescue Committee are designed to help individuals recover from the stress and trauma caused by emergency. 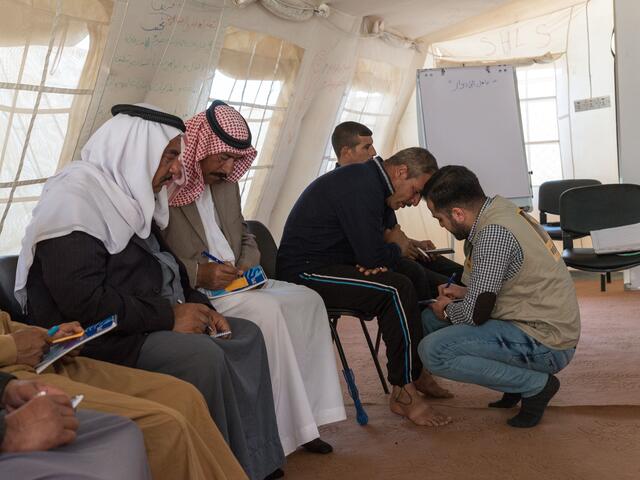 “Many men express in the support sessions that they feel helpless or are ashamed because they cannot offer their families a better life. Living in a camp takes away your daily life, your routine, and it makes it hard to imagine a brighter future.”

“I like the discussions, because they help me understand that I am not the only one in a difficult situation,” Seif says. “It helps to talk to other men who are going through the same things.”

One of the exercises in the session sees the men walk blindfolded whilst being guided by each other. 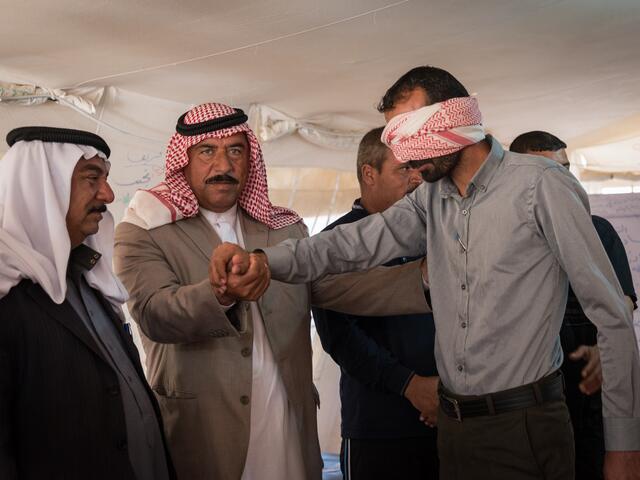 Men taking part in a trust exercise in the camp near Mosul, Iraq.
Photo: Claire Thomas/IRC

“It’s an activity that represents the situation they are in at the moment,” explains Nidhal. “They have suffered, they just want their families to be safe and now have to learn how to trust again. They need support and guidance from their community, because they are really in darkness.”

“They are really in darkness”

Seif is just one of 65 million of people across the world who has been forced to flee his home. As Seif’s story shows, moving to precarious and often unsafe living conditions can cause huge emotional distress. Mental health must be part of the solution to help people fleeing war and disaster and we’re committed to offering this vital support.

So, this Mental Health Awareness Week, stand with refugees.

With the support of EU Humanitarian Aid, the IRC is able to provide sessions supporting the mental health of displaced people living in Iraq.