Mosul in crisis: The end of the battle does not mean an end to suffering

Since the battle to retake the city of Mosul from ISIS began in October, over one million people have been forced to flee their homes. Hundreds of thousands are still living in the city, including many from west Mosul who fled to neighbourhoods in the east. They are in desperate need of food, clean water, shelter, medical care and other support. Over 325,000 people who fled the city are now enduring the summer heat in camps.

Here’s what you need to know about the crisis.

Why is Mosul in crisis?

In 2014, the militant group ISIS overran great swathes of Iraq and gained control of key cities including Mosul, the country’s second largest with a population of two million. Hundreds were killed and 500,000 fled their homes in the city. For over two years, Mosul’s residents lived under harsh ISIS rule.

Why is Mosul important?

Iraq already struggles to cope with one of the largest humanitarian crises in the Middle East. Since January 2014, 3.4 million people, including 1.5 million children, have been forced from their homes by violence; some families have been uprooted multiple times. Additionally, a quarter-million Syrians fleeing their country’s civil war have sought safety in northern Iraq.

Hundreds of thousands of Iraqis remain in desperate need of shelter, food, water and safety as they continue to flee the fighting. Ongoing insecurity and the destruction left behind in villages and neighbourhoods after the battle mean many will be unable or unwilling to return home for a long time.

Why is life under ISIS so difficult?

The battle for Mosul left civilians with a stark choice: flee their homes and risk getting caught in the crossfire or stay and be used as human shields. As months passed, people faced increasing levels of hunger, as well as dangers from ISIS snipers and air strikes. One mother told the IRC her whole family had been killed in their home after it was hit by an airstrike.

Up to 75 percent of the city’s infrastructure—including homes, schools and hospitals—is thought to have been destroyed or left in disarray by ISIS. Across the city, vital pumping stations and water networks have been damaged. Some are now under repair, but every day over 6.5 million liters of water are still being trucked into the city to meet residents’ needs. 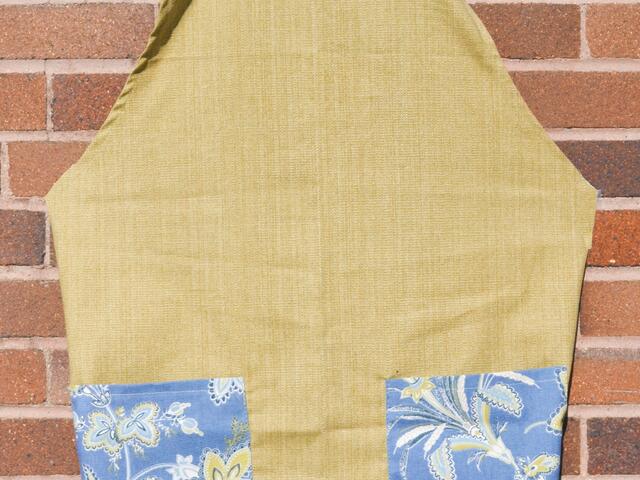 Sewn by Haleema and Marziye of Fancy Bridal & Alterations, the smock aprons come in various design and patterns. The aprons are included in Gift Basket C and Gift Basket D.

ISIS also imposed strict dress and behavioural codes; those who did not comply were subject to severe punishments. Many of Mosul’s Sunni and Shia mosques, Yazidi shrines, Christian churches and heritage sites were looted or destroyed, including the remains of the ancient city of Nineveh.

What’s the current situation in Mosul?

Although ISIS has been pushed out of most of the city, suffering continues for the 1.5 million people who endured ISIS rule for well over two years.

Since fighting began in October, 15,000 people have been referred to hospitals. There are concerns that many more sick and injured are trapped inside the city without access to medical care. The civilian casualty rate is not known.

Many difficult months lie ahead for the people of Mosul. Over 820,000 people remain displaced around the city, and will be either unable or unwilling to return home for many months to come. As temperatures approach 120 degrees, living conditions in camps are increasingly difficult.

Civilians who remained in Mosul or have returned continue to face dangers from explosive devices and damaged infrastructure, and suffer from shortages of food, water and power. Other essential goods and services are out of reach for many, as two years without income have left people without cash or savings.

Even when the territory is cleared of fighters and unexploded mines, ISIS will continue to threaten the lives of people across Iraq, as attacks in recently retaken areas of west Mosul, Baghdad and beyond have shown

Where are Iraqis fleeing?

Throughout the military operation to drive ISIS from Mosul, there have been no genuinely safe escape routes for civilians. Still, up to 13,000 residents left the city each day as troops recaptured surrounding villages and towns, and began their push into neighbourhoods west of the city. Many people have found shelter in the Khazir, Hasansham and Nargazilia displacement camps, where the IRC provides emergency supplies, including mattresses and toothbrushes, and women and children’s protection services, including counseling and safe spaces. 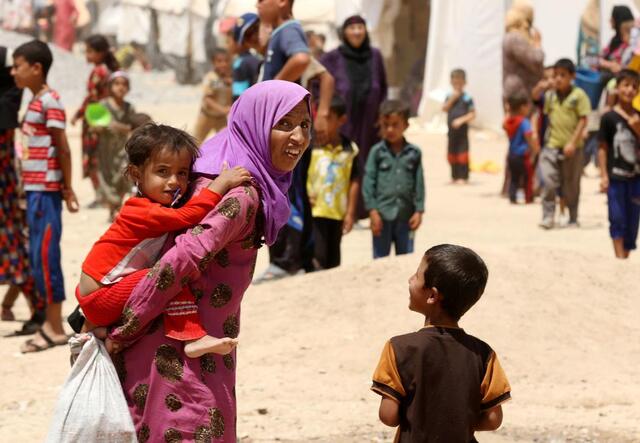 Some 98,000 people have fled the district of Hawija, south of Mosul, although over 40,000 more remain trapped there under ISIS control, and are also cut off from vital supplies. Many of those able to leave fled to Kirkuk, where the IRC is providing them with emergency cash assistance and access to legal aid, including help to regain  lost identification documents.

Some Iraqis were forced by desperation to cross the border into Syria, itself embroiled in deadly conflict. According to the United Nations, almost 21,000 Iraqis have entered Syria since military operations in Mosul began.

The IRC provides health screenings and basic supplies to over 14,000 Iraqis who have arrived in Al Hol refugee camp in Syria's relatively stable northeastern Hassakah governorate. Many of these new arrivals have paid smugglers up to ‎£700 a person to lead them on perilous journeys across ISIS-controlled territory, walking up to two weeks without a day’s pause. One Iraqi refugee told the IRC that he walked over 12 miles in a single night to avoid ISIS patrols. He also said he was forced to leave his elderly father behind because he was not fit enough to complete the journey.

What are the humanitarian concerns in Mosul?

How is the IRC helping people displaced by the battle?

Make a donation today to help families affected by the conflict in Iraq and other emergencies worldwide.