One year on: How the IRC expanded our impact in Afghanistan

In the year since the shift in power in Afghanistan, humanitarian needs across the country have skyrocketed. With an unprecedented economic freefall driving hunger and poverty, the country is facing a humanitarian crisis that could kill more Afghans than 20 years of war.

Against this backdrop, the International Rescue Committee (IRC) has been expanding our services to reach even more people in need. Prior to the change in government, the IRC delivered services in nine provinces. Now, our 6,000 staff—99 percent of them Afghans themselves—are working across 12 provinces to deliver programs in education, health and nutrition, women’s protection and empowerment, and more.

Explore five ways the IRC has expanded our impact in Afghanistan. 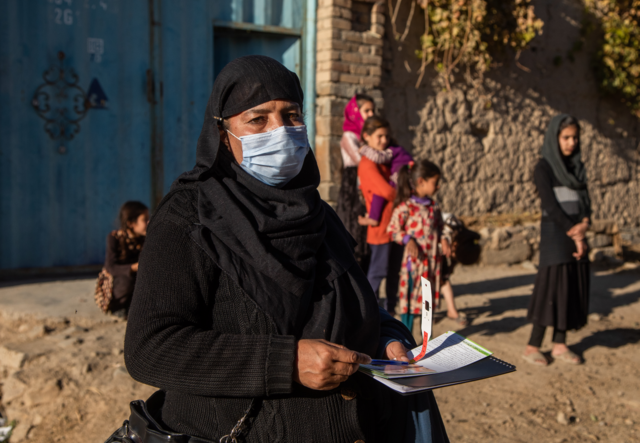 Nazo*, an IRC community health volunteer, goes door to door to visit mothers in her community and educate them about how to prevent malnutrition and disease among their children.
Photo: Kellie Ryan for the IRC

Due to regulations and restrictions against women in Afghanistan, many organisations have decreased the number of women working in their programmes. But the IRC fought to recruit and retain female staff members, and committed to ensuring at least a 40% representation of women in its workforce. The perspective of these staff members is critical as women and girls often bear the brunt of the suffering in any humanitarian crisis.

‘People rely on the IRC's services,’ said Setayesh**, a female staff member who worked at the IRC before and after the change in power. ‘And we were clear that in order to do our jobs, and to serve women clients, we needed our women staff to work.’

Cash programming is critical, as people in crisis are best positioned to know what their families need to survive. The IRC has provided Afghan families with general cash assistance for decades. Since last year, we’ve expanded to provide cash to address specific needs, such as health, nutrition, and work.

Cash for health, for example, can help families travel to regional hospitals for treatment. Meanwhile, cash for work can help women start their own businesses, such as making pickles and selling them at the market, or help farmers purchase livestock so they can expand their farming. 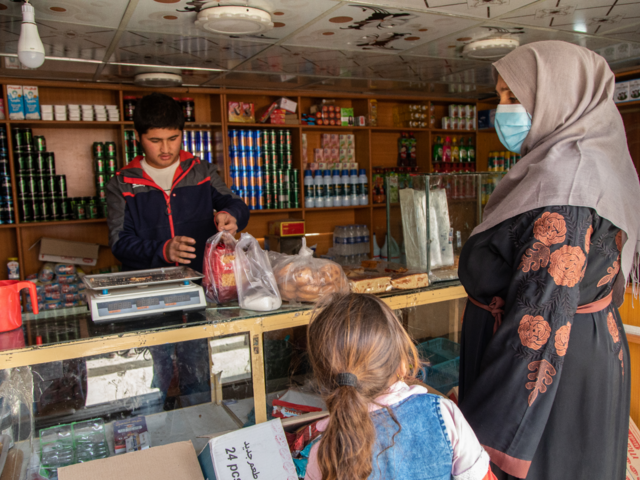 Noor* takes her daughter to the local market to purchase food for her family using the emergency cash assistance provided by the IRC.
Photo: Kellie Ryan for the IRC

Noor* fled Kunduz Province with her three children when the Taliban came and conflict was raging. She had no time to bring any belongings except some clothes for her kids.

‘I thank [the IRC] for what they have done for us so far,’ she said after she received cash assistance in late 2021. ‘Today, I want to buy tea and sugar, onions, and things like that we need. It means that my kids will not starve to death. Now, they are hopeful.’

3. Brought health care to the most remote places

In 2021, the IRC supported health facilities around the country by providing personal protective equipment (PPE) to clinics to prepare them against COVID-19. We also trained health care workers on infection prevention measures and community volunteers to identify symptoms and refer people to clinics for treatment. Now, the IRC is supporting 62 health clinics in 11 provinces, and programming includes the delivery of malnutrition services, responding to deadly cholera outbreaks, and maternal and reproductive health.

We also have a network of 31 mobile health teams, who can travel to remote communities to deliver lifesaving medical assistance. After a June earthquake hit a remote area in the southeast, IRC staff formed an all-female mobile health team that was able to quickly deploy to people who had been injured and provide first aid support.

‘The proudest point in my job is serving my people—the people of Afghanistan,’ said Amna Gul, an IRC health manager who helped create the all-female team. ‘Especially the women who are not able to go to health care facilities because of transportation, financial conditions and Mahram [needing a male chaperone to receive care from a male health care worker].’ 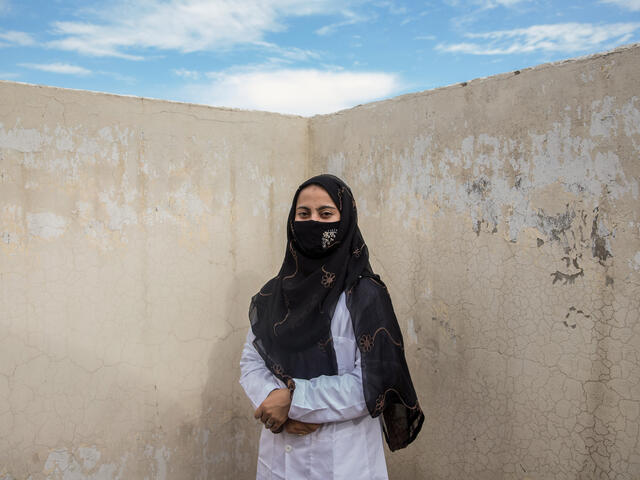 Amna Gul, age 25, helped to form an all-female mobile health team to reach remote areas after an earthquake in the summer of 2022.
Photo: Oriane Zerah for the IRC

Women’s rights continue to be called into question in Afghanistan, with different provinces enforcing restrictions on their ability to travel, dress and work. As a result, many women-led organisations have been pushed into closing down or drastically reducing their operations. In March 2022, the IRC found that 77% of these organisations had no projects running.

In response, the IRC expanded its partnerships in Afghanistan, particularly with women-led organisations. In particular, we’ve begun to increase our support of groups that offer career help and multi-purpose spaces for women to receive support. 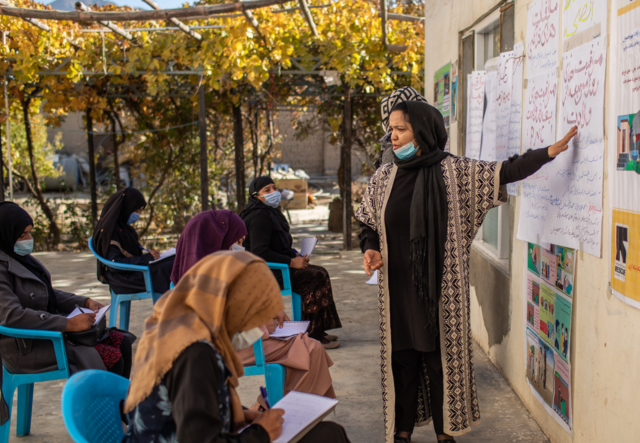 IRC health staff train volunteers on how to screen for malnutrition. Later these women go out into their communities to educate mothers and distribute information.
Photo: Kellie Ryan for the IRC

Economic isolation has pushed the Afghan economy to the brink, driving poverty, hunger and need. Access to Afghanistan’s foreign reserves remains frozen, the banking system has been grounded, and development assistance, which financed most government services, is on pause.

The situation is evolving into a catastrophe of choice as the policies of international donors designed to economically isolate the Taliban are simultaneously collapsing the Afghan economy.

The IRC is working alongside the United Nations and other major humanitarian organisations to identify solutions to the freezing of assets. We are demanding action to avert the country’s slide into total economic collapse and to ensure everyday Afghans can survive. 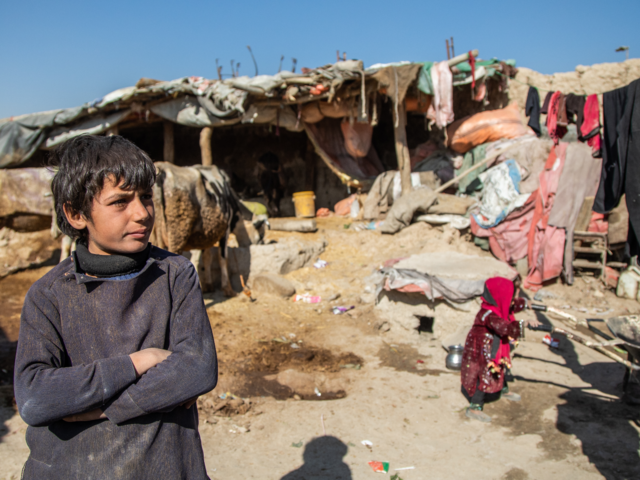 Donate to the IRC to help us continue our critical work in Afghanistan and around the world.