Is there an English Channel ‘migrant crisis’?

Events over the past two years have been unprecedented. The coronavirus pandemic consumed the world. Worsening climate emergencies have left people without food and water. Homes have been destroyed and violence has increased. More people have been driven from their homes.

Over 20,000 people have risked their lives crossing the English channel to the UK so far this year, in a desperate search for safety. Last week the country was shocked after 27 people tragically lost their lives as they attempted the journey.

But as we’ve seen before, panicked headlines followed: “Migrant crisis at breaking point”, “Time is running out to solve the migrant crisis”.

Prime Minister Boris Johnson wrote to French government officials urging them to work with the UK to ‘ease the migrant crisis’ - the proposal included the “swift” return of asylum seekers who cross the channel in small boats and increased police patrols.

But does the UK really have a “migrant crisis?”

As charities including the IRC call on the government to ensure safe and legal routes for people seeking safety to prevent a tragedy like this from happening again. We take a closer look at the reality.

Here are five crises that put the situation in perspective:

1. 85% of refugees are hosted in developing countries

The UK is home to approx. 1% of the 26.4 million refugees, forcibly displaced across the world. While Europe in total hosts just 11% of the world’s refugees, the vast majority are being hosted by developing countries, often without enough resources. Refugees are frequently unable to earn money to support their families, to access proper healthcare or to have somewhere permanent to live. 600,000 Syrians have found refuge in neighbouring Jordan, a country that has issues with water scarcity, high unemployment rates and oversubscribed schools. And in Lebanon alone, a country roughly the same size as Wales, a third of the population are refugees. 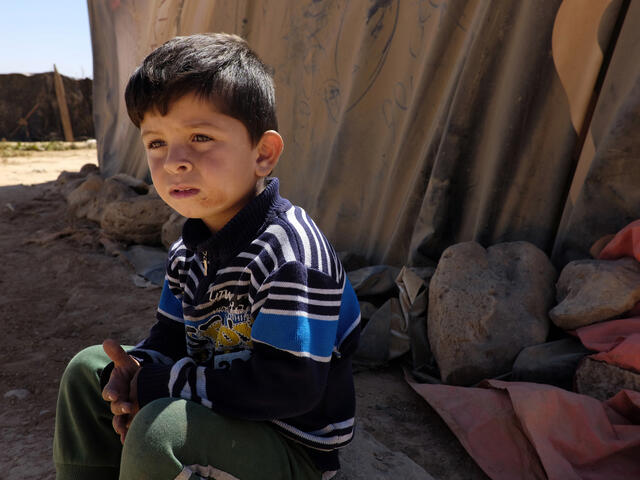 A young boy sits outside a tent in Dafyana settlement in Jordan where families live in harsh desert conditions.
Photo: Timea Fauszt/IRC

2. Climate change and conflict are driving displacement in Ethiopia

There are 1.8 million people internally displaced in Ethiopia. Escalating conflict, climate change, the biggest locust outbreak in living memory and the coronavirus have all contributed to the growing number of people in need.

Conflict in the Tigray region is driving a rapid rise in humanitarian needs. This comes after the pandemic which had already doubled the number of people in need in Ethiopia.

Ethiopia is the epicentre of the largest locust outbreak in decades. At least 1 million Ethiopians suffered crop losses due to the locusts; as a result, 11 million Ethiopians are forecast to face crisis levels of food insecurity. Climate change has also increased the frequency of extreme weather patterns, With 300,000 affected by foods in 2020 alone.

The Rohingya crisis in Bangladesh has created the world’s largest refugee camp after 700,000 Rohingya Muslims fled Myanmar in 2017 following what has been described as “textbook ethnic cleansing”. The violence against them caused the largest movement of refugees since the Rwandan genocide in 1994. In just one month, half a million Rohingya men, women and children fled to Bangladesh in search of safety. Now nearly one million Rohingya refugees live in overcrowded camps, where disease is spreading at emergency levels. 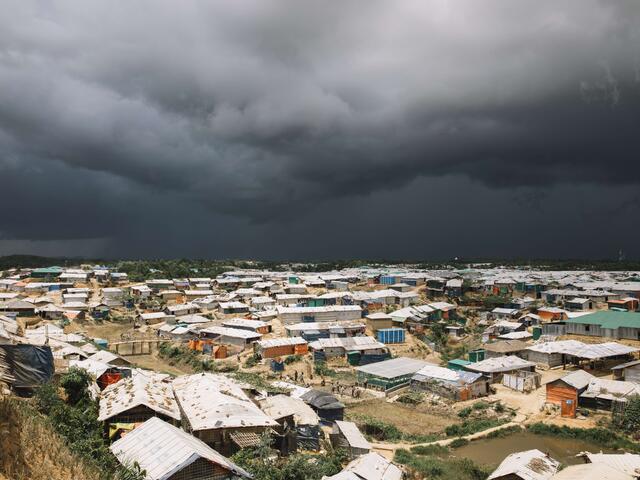 4. 18 million people in Afghanistan are in urgent need of humanitarian aid

Decades of violent conflict and natural disasters have meant Afghanistan has one of the largest refugee populations in the world.

The number of people internally displaced by conflict in Afghanistan has risen by 73% since June, including at least 230,000 over the last two months. The recent transfer of power from the former-Afghan government, following escalating violence, has caused immense uncertainty across the country and has put the lives of thousands of people at risk. Men, women and children are among those forced to abandon their homes and seek safety as violence throughout the country have dramatically increased. 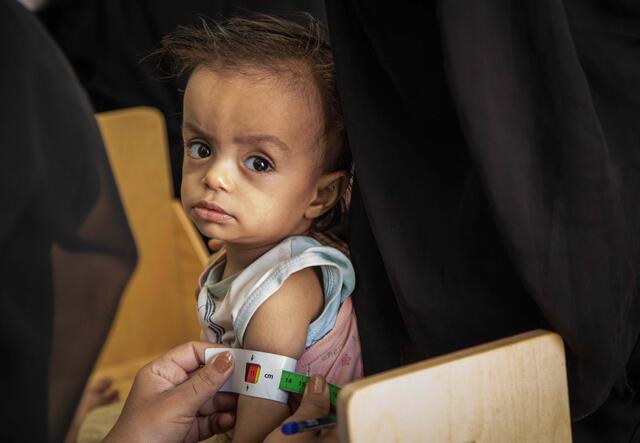 A child receives treatment at a health centre in Sana'a, Yemen where 5 million children are on the brink of starvation.
Photo: Kellie Ryan/IRC

5. Unable to flee: the war in Yemen

Over half of Yemen's population is going hungry. Acute cases of malnutrition for children under 5 are at the highest ever recorded. The war in Yemen has left millions without access to essential health care and at risk from preventable diseases including cholera which has killed thousands of people.

The real crisis is political. As long as there is war, people will continue to flee. If governments avoid offering safe and legal routes, people will continue to be forced to put their lives at risk simply to find refuge. Whether that’s climbing into a small boat to cross a major ferry path on the English Channel or clinging onto the side of a jeep hurtling through the Sahara desert: we must find a way to provide people with the safe harbour they deserve.

How you can help refugees and internally displaced people

We’re on the ground responding to all of the crises included in this article, from our vital mobile health teams in Yemen to providing shelter to refugees in Jordan and cash relief to families in Lebanon: if you give today your donation will be doubled, making it go twice as far to fund this life-saving work.