Ethiopia features on the International Rescue Committee's annual Emergency Watchlist for the third year in a row but rises into the top five for the first time due to escalating conflict. Here's what you need to know about the humanitarian emergency in Ethiopia.

In 2020, conflict broke out in the northern Tigray region of Ethiopia between the federal government and the Tigray People’s Liberation Front (TPLF), sparking ongoing violence and instability. At the same time, Ethiopia has been suffering from the largest locust outbreak in recent history, the deadly effects of climate change, and the COVID-19 pandemic.

As 2021 unfolds, vulnerable communities in Ethiopia who’ve already been stretched too thin will struggle to access necessary food and resources, driving up the number of people in need to the second highest in the world.

“With over 21 million people already in need of humanitarian assistance and this number now rising due to the crisis in Tigray, we must ensure that nothing disrupts humanitarian access and programming,” says Richard Data, the IRC’s interim deputy director of emergencies for Ethiopia.

Here are four reasons Ethiopia is one of the countries most at risk of humanitarian catastrophe in 2021, for the third year in a row:

Conflict in the Tigray region sparks refugee movements amid allegations of violence against civilians.

When 2020 began, political tensions had already been growing in the Tigray region of Ethiopia. Conflict escalated rapidly in November when Prime Minister Abiy Ahmed accused the TPLF of attacking a military base. Civilians and vulnerable communities are now being affected by the violence, with many fleeing to neighbouring Sudan. 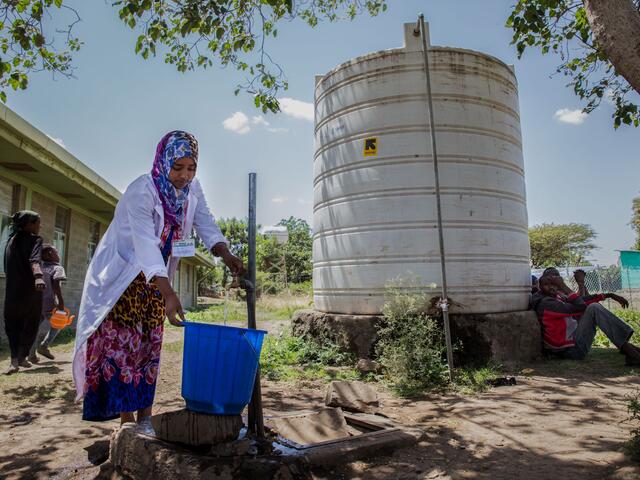 Conflict in the Tigray region is driving a rapid rise in humanitarian needs, including refugee movements into Sudan, amid allegations of violence against civilians.
Photo: Mulugeta Ayene/IRC

Amnesty International has documented allegations of at least one massacre of civilians as a result of the fighting. The United Nations has also estimated that 9 million people are living in areas that could be affected by conflict. The IRC and other organisations working in Tigray are planning for as many as 2 million people to be displaced internally and for around 400,000 to flee to Sudan in search of safety.

Ongoing political tensions increase the risk of instability across the country.

Tigray doesn’t exist in a vacuum. The political tensions growing there are also present in other parts of Ethiopia. As conflict and fighting endure in Tigray, instability may spread across the country and aggravate the situation in neighbouring countries too, causing millions more people to face violence and flee their homes.

Specifically, upcoming elections in 2021 may cause political tensions to remain elevated. If federal security forces continue to keep their focus on Tigray, armed groups in other parts of Ethiopia may see an opportunity to step up their activities. 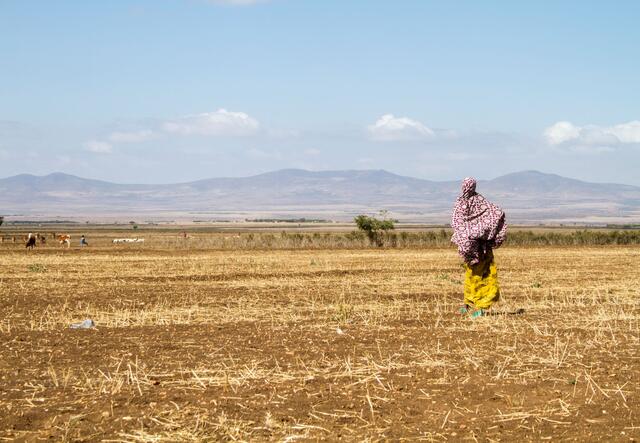 COVID-19 more than doubles the number of people in need of humanitarian aid.

Before conflict even broke out in Ethiopia, the COVID-19 pandemic had more than doubled the number of people in need — jumping from 7 million at the start of 2020 to 16.5 million by the middle of the year. This increase was largely due to economic instability and rising unemployment linked to the pandemic. The International Monetary Fund is now estimating that GDP growth in Ethiopia will drop to 0% in 2021. The pandemic also interrupted the education of more than 26 million children across the country. 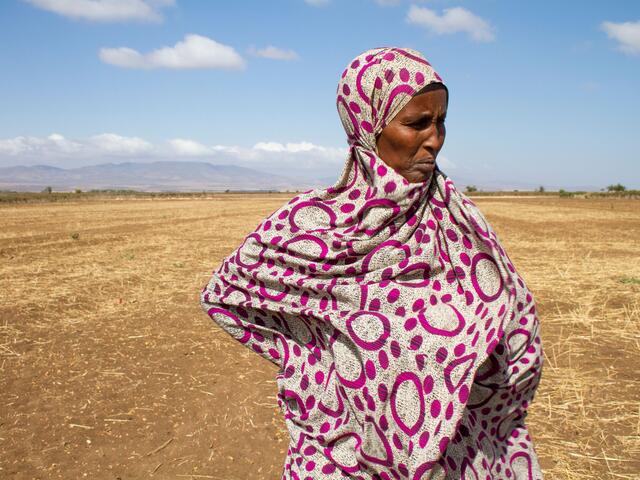 Ethiopia is the epicentre of the largest locust outbreak in decades, with a real risk of further disruption to agriculture in 2021.
Photo: Tyler Jump/IRC

Ethiopia is now second only to Yemen for the total number of people in need in 2021.

Ethiopia is the epicentre of the largest locust outbreak in decades.

Ethiopia has a history of suffering from natural disasters, such as drought and flooding, and climate change makes such natural shocks more likely. Now the country is facing the largest locust outbreak in living memory after unusually heavy summer rains. At least 1 million Ethiopians have suffered crop losses as a result, and 11 million are expected to face crisis levels of food insecurity. 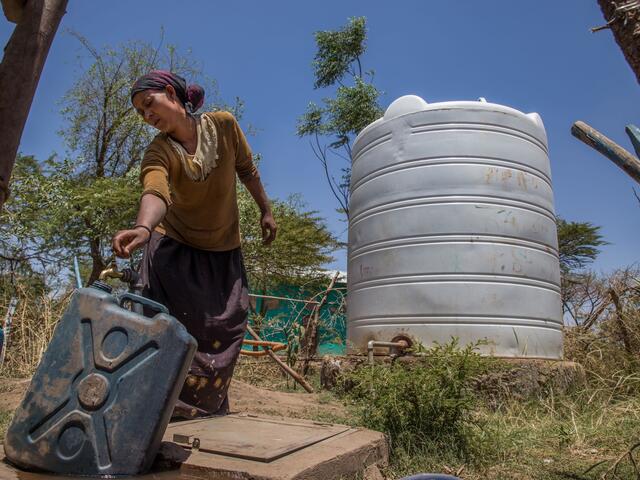 The COVID-19 pandemic is driving a massive increase in humanitarian needs. Ethiopia is second only to Yemen for the total number of people in need in 2021.
Photo: Mulugeta Ayene/IRC

While efforts to control the locust swarms are underway, the scale of ongoing conflict in neighbouring Somalia—and now Tigray—may make them difficult to control. This instability, along with the threat of further natural disasters due to climate change, could significantly worsen crop output and access to food.

For citations, additional insights on the crisis in Ethiopia in 2021, and the IRC’s recommendations for the international response, please refer to the full 2021 Emergency Watchlist report. 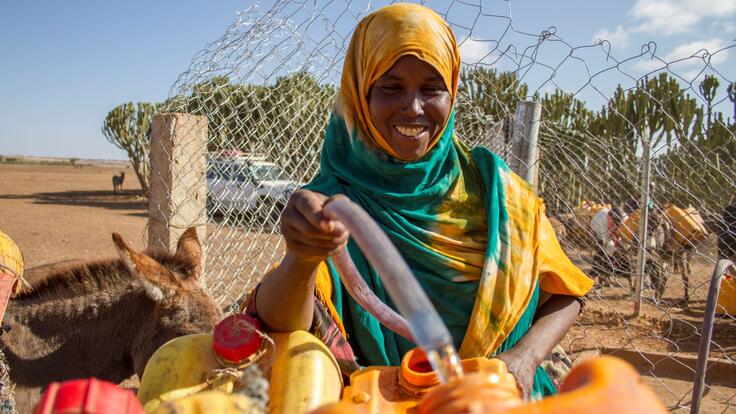 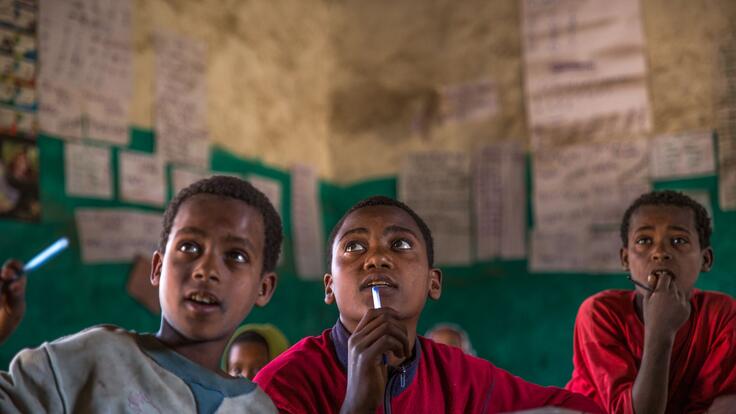 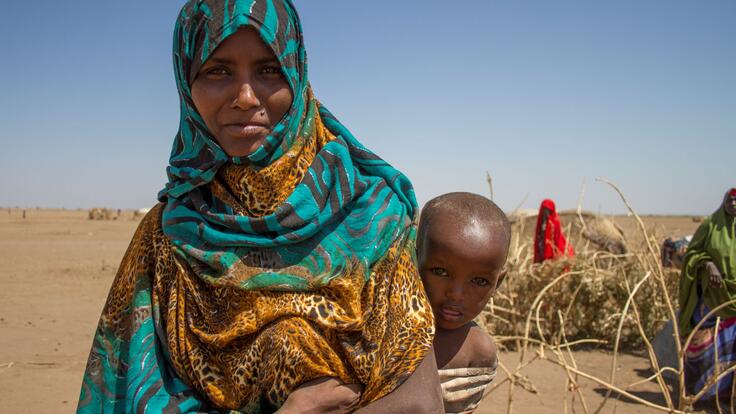 In the face of increased conflict and the COVID-19 pandemic, we continue to distribute cash and emergency supplies, build safe water supply systems and sanitation facilities, and deliver protection services to women and girls. The IRC also supports government partners and community workers in running health clinics and classrooms, and providing training and job opportunities to those in need.

Learn more about the IRC’s response in Ethiopia.

Our crisis response in neighbouring Sudan

In addition to our ongoing work in Ethiopia, the IRC is now working in Sudan in partnership with the Sudanese authorities to roll out emergency services to meet the needs of incoming refugees.

The IRC will be providing psychological support, gender-based violence services, and protection services for women and girls in partnership with the community. Currently, the IRC is constructing 105 emergency latrines and 92 shared bathing spaces to promote better hygiene and minimise the risk of COVID-19 spreading through the camps. As we continue to scale our operations, we will also be distributing emergency cash so people can decide for themselves what they need most.

The annual Emergency Watchlist is a global list of humanitarian crises the IRC expects to significantly deteriorate over the course of the coming year. Read about the top 10 crisis countries in the list and download the 2021 Emergency Watchlist report.