With winds gusting up to 230 mph, the “super typhoon” sliced through the centre of the country, displacing 4.1 million and affecting millions more.

Tyler Jump returns to the Philippines to witness the tremendous progress that has been made in the communities the International Rescue Committee helped rebuild.

We distributed basic shelter kits with rope, plastic sheeting and bamboo, and handed out solar lamps. We also gave out vouchers redeemable for construction materials at local stores and small cash grants to pay for labour.

About 1.1 million homes were affected by the storm--nearly half of which were completely destroyed. In partnership with the Philippines Business for Social Progress, we launched an innovative voucher and cash grant program to help people purchase necessary materials to rebuild their homes.

The IRC arrived immediately after the storm to help families like the Belgas rebuild. Those most affected by Haiyan were given vouchers redeemable for construction materials at local stores and small cash grants to pay for labour. The Belgas used the resources to start rebuilding their home a safe distance from the sea. “There are many angels,” Marilyn says, “but the IRC was the first.” 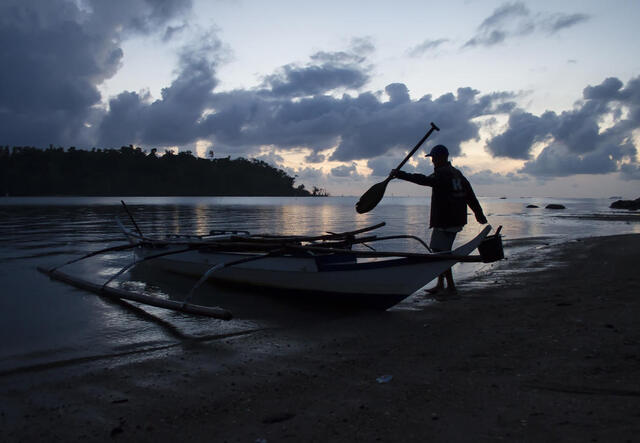 Typhoon Haiyan had a disastrous impact on the fishing economy that provides most of the food and income for families on the island of Panay in the Visayas region. Fishermen had to cope with the loss of boats, nets and other critical supplies. In order to get the community back on the water, the IRC and its partner, Philippine Business for Social Progress, supplied motorised boats to 470 fishermen.

Having a safe place to escape from Typhoon Haiyan was crucial for thousands, but few public options were available in places like northern Cebu. The IRC partnered with Ramon Aboitiz Foundation, Inc., to rebuild 20 daycare centres which will double as safe houses during future storms. In addition, using our “Healing Classrooms” approach, the IRC trained 21 daycare teachers. “Healing Classrooms,” designed specifically for survivors of conflict and natural disasters, helps teachers develop an environment where students feel safe, cared for and engaged. 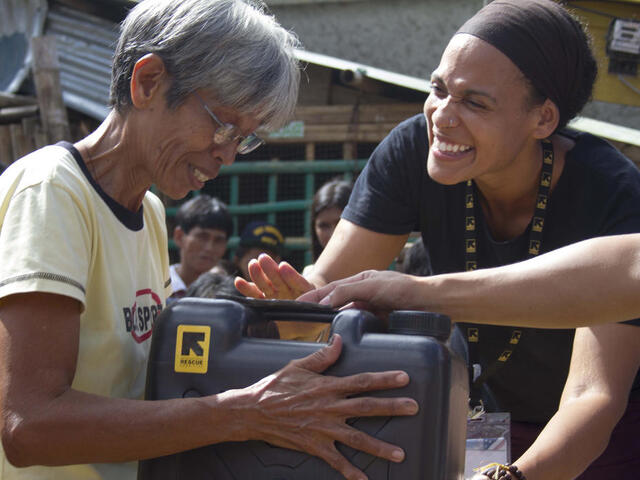 One year after Haiyan, another super typhoon--Hagiput--struck the Philippines. IRC responded with local partners. Thankfully, the lessons learned from the 2013 storm helped in preparing for and responding to Hagiput. Following the storm, our Filipino partners provided trainings for local governments in disaster preparedness--trainings that proved indispensable when Hagiput hit. Investing in emergency preparedness and working with local partners who best know the community were two integral lessons learnt which we hope to employ looking forward to best be ready for and respond to natural disasters.