The catastrophe has already arrived. We’re now in a simple fight to save lives - it is a fight against the clock that the international community is currently losing. - Ciaran Donnelly, SVP of international programmes at the IRC

Famine has been declared in regions of South Sudan's Unity State, in the world’s newest country, which has been embroiled in conflict since its independence. Largely located in the northern regions of the country, the famine is affecting 100,000 people with a further one million at risk.  Nigeria, Somalia, and Yemen are also on the brink of famine as they struggle to respond to drought, rising food prices and a lack of food.

The situation is different from many other famines or food security crises: this time, it’s man-made.

What is a famine?

Famine is not a rhetorical or emotive term. It is a scientific classification based on evidence. A food crisis can only be called a 'famine' once certain criteria have been met, such as at least 30% of a country's children suffering from severe malnutrition.

Famines are not common. When a famine is declared it means people are already dying. And the last time this happened, six years ago in the Horn of Africa, the cause was a natural one: drought.

What does 'food insecurity' mean?

While famine rages in South Sudan, people in Nigeria, Somalia and Yemen are on the brink of famine, or ‘severe food insecurity’. Food insecurity means there is not enough affordable food for people to buy. This leads to hunger, malnutrition and possible starvation.

Update | Countries where #foodprices of one or more basic food commodity are at abnormal high levels https://t.co/LcgBT2fix5pic.twitter.com/Wv1KHwiagK

According to the Integrated Food Security Phase Classification:

In total, this amounts to 23.7m people – the equivalent of the entire population of Australia.

Why has the situation deteriorated in South Sudan?

For forty-two of the past sixty years, there has been war in southern Sudan - both before and after the state of South Sudan was created in 2011. The country descended into civil war in 2013, leading to widespread hunger.

As warring militias continue to fight, vital food being brought in to support the South Sudanese people has been blocked and aid workers have been attacked. In some areas, around 50% of harvests have been destroyed. Severe drought has intensified an already fragile situation. In October 2016, South Sudan's inflation rate reached 836% making it the highest in the world.

The world has turned its back on South Sudan: the 2017 humanitarian appeal for aid has only reached 0.9%. South Sudan is a forgotten crisis, one of the least discussed and under-funded in the world. 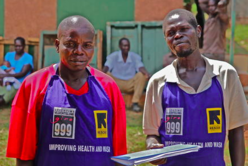 For over 20 years, the IRC has been one of the largest providers of aid in southern Sudan. We also have active programs in Nigeria, Somalia, and Yemen. In all these areas, the IRC continues to provide life-saving assistance to vulnerable people in hard-to-reach areas.

The international community must persist in trying to get help to those who need it. Donors should increase funding for the humanitarian response, and efforts must be made to shine a light on this underreported crisis.

The IRC is calling for unimpeded humanitarian access, increased civilian protection, and an immediate increase in funding to the affected regions.

Read our latest statement on the crisis.

How can you help?

Help us shine a bright spotlight on this crisis. Spread the word below.