World leaders gather for Somalia Conference: our message from the field

"Every day we see the numbers grow," says Marian Hassan Mohamud. She is referring to the one million plus people in Somalia who have been displaced from their homes by drought, hunger and war.

The majority are children and pregnant or breastfeeding women. As the sun becomes hotter and humidity rises, sick children with extreme diarrhea will die from a lack of clean drinking water. Malnutrition, measles and infected breastmilk are all on the rise.

World leaders recently gathered for the UK government-hosted international conference to discuss the future of Somalia, we must not forget about the current crisis and the increasing death toll, particularly among children under five years old.

As Programme Manager for the International Rescue Committee (IRC) in Somalia, based in Mogadishu, Marian has a first-hand perspective of the unfolding humanitarian crisis. 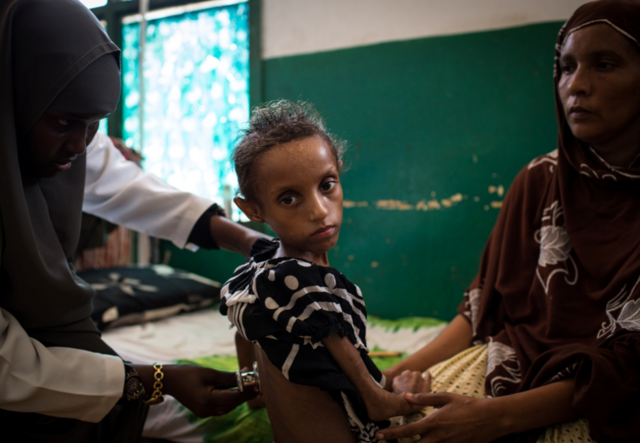 Over six million people are in need of humanitarian assistance in Somalia. Over one million have been displaced. Crops, livestock and many people’s economic independence have all been destroyed. Marian describes how people; “have nothing anymore. They left their country, house and family behind. They are terribly hungry.”

Not even cattle are able to escape the drought, which has led to a dramatic spike in food prices, as families are forced to travel to the city in the desperate hope that somebody can save them and their children. 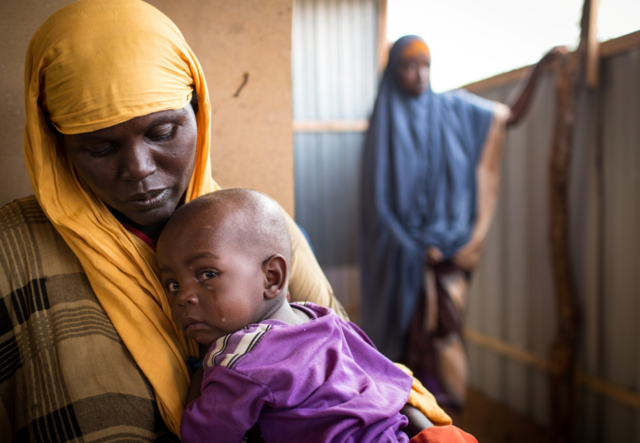 Hasno Salah Hagi (32) a drought IDP from Qorioley in Lower Shabelle waits while her daughter Falastine Mohamed Ahmed (not pictured) receives medical assistance at an IRC run clinic in 'KM8' IDP settlement on the outskirts of Mogadishu, Somalia.
Photo: Will Swanson/IRC

In response, the IRC has scaled up their emergency health care assistance. Mobile malnutrition clinics and remote health posts have been established in the Benadir region, in order to serve people who are unable to travel to central health clinics. Here, children are weighed and their upper arm measured to determine whether they are malnourished. Children in a poor condition are referred to the hospital for further treatment. 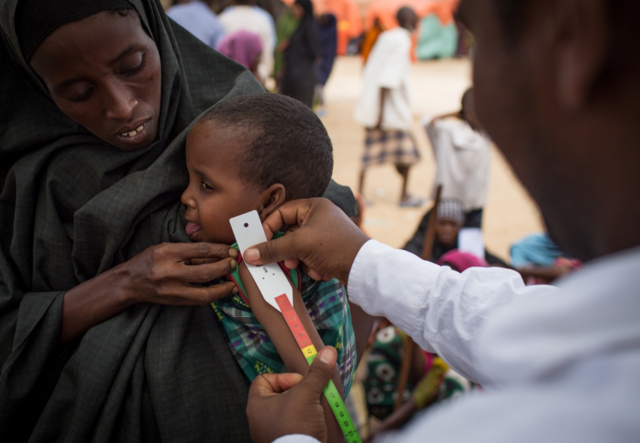 The scale of the crisis has forced staff to take on new duties. For example, nutritionists are trained to guide childbirth and other medical staff have learnt to pay attention to potential issues of mental health.

"If your family has been lost and you’ve seen the most terrible things, you can become depressed," explains Marian. Therefore, mentors learn to recognize mental health complaints. "They talk to the people." said Marian. 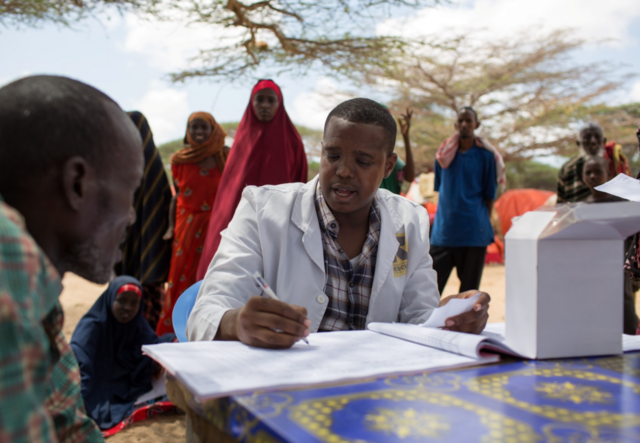 In the IRC-run emergency clinic on the outskirts of Mogadishu nearly 4,000 people received emergency care in its first three weeks in operation. Of these, 1,500 children were seriously malnourished; 73 children saved from the brink of death.

"More and more refugees have realized that there is help and that we will continue to support them," says Marian. "We make sure their health improves. That's our main goal."

How does Marian remain positive operating in this desperate environment? “I just remember the IRC’s purpose; from harm to home. We need to help people who have problems so that they can live peacefully and safely.”