We are creating a safe and supportive environment for Syrian children and their families in Lebanon to not just survive but thrive.

Supporting the futures of Syrian children

In 2018, the Saïd and Asfari Foundations, alongside other generous supporters and the International Rescue Committee, set out together to ensure that Syrian refugee children living in Lebanon have access to education and opportunities that will help them thrive.

Through the Building a Better Tomorrow programme we are providing Syrian children, including adolescent girls and street working children, with basic literacy and numeracy classes. We are also addressing the surrounding issues they might be facing that threaten their safety and prevent them from accessing an education.

Through life skills sessions and psychosocial support sessions, we are helping children to build resilience and process their mental health challenges. For adolescent girls, we are offering an IRC-developed programme called ‘Girl Shine,’ which was designed to empower young girls to protect themselves against gender-based violence. Caregivers are also able to receive cash assistance to support the needs of their families.

To ensure we’re having the biggest impact, the IRC constantly evaluates the situation facing the community we work with so we can respond effectively. When COVID-19 started spreading to Lebanon, the IRC quickly adapted our activities to be able to continue to provide services to children and young people. As the situation develops, we will continue to adapt these activities accordingly.

If you would like to hear more about the Building a Better Tomorrow programme, please reach out to Alaina Patterson: [email protected]. You can also learn more about other areas of our work in Lebanon here.

To date, the IRC has helped thousands of Syrian refugee children and their families through the Building a Better Tomorrow programme.

children, young people and their families have been reached directly with education and support services.

Our educational services focus on adolescent girls and children who are forced to work.

people have been reached through cash assistance and community actions.

Cash enables families who are struggling financially to afford to send their children to school.

Parents, teachers and members of the community engaged in sessions to raise awareness and help mitigate the risks of violence against adolescent girls and street and working children.

Thousands of children and their families have been supported through the Building a Better Tomorrow programme, here are some of their stories. 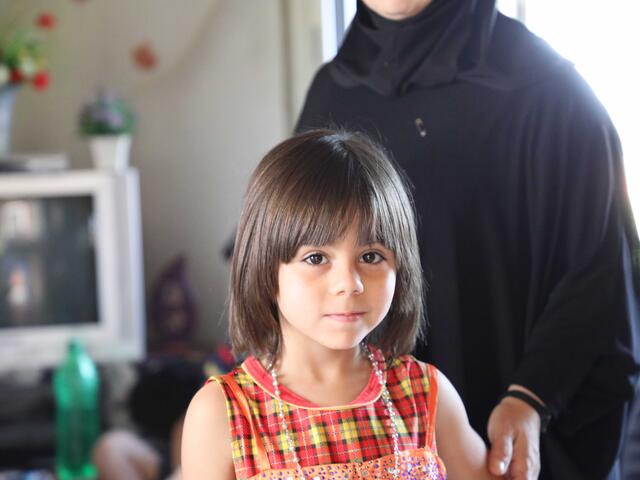 Maram stands behind her youngest daughter in their home in North Lebanon. Maram's face is not shown to protect her identity.
Photo: Elias Beam/IRC

Maram* is a 45-year-old Syrian refugee mother with four children, including one daughter who is suffering from autism and epilepsy. When they fled the Syrian war to Lebanon, Maram’s husband became very ill and they were forced to be homeless for six months, with no money to pay for rent, food, or medication. They eventually received some assistance through ad hoc charity from within the local community, which enabled them to cover rent for a home.

However, the ad hoc support they received was insufficient for the long term. They began accumulating rental debt and eventually faced the threat of eviction. Maram contacted the IRC’s Protection Team, who responded quickly by providing her with a lawyer to mediate with the landlord, who agreed to put the eviction threat on hold.  The family also received cash assistance to cover their basic needs such as food, medication and their bills, plus support in finding a sustainable income for Maram’s husband. The Child Protection Team was also brought in to help manage the children’s medical conditions.

Maram said, “I cried a lot when I received the assistance, it was the happiest thing that happened to me in a long time. My children didn’t experience a positive day in almost their entire lives, and I hope one day they will be able to explore life positively the same as other children out there’’.

*Pseudonym used to protect her identity. 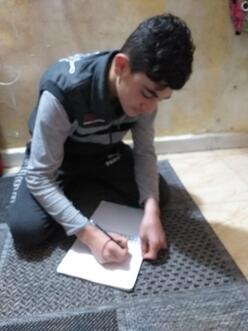 Mounzer*, 14, and his brother Alaa*, 13, fled the crisis in Syria to Lebanon with their siblings and mother while their father was detained in Syria. When their father was released, he had become mentally ill, which led him to becoming abusive to the children and their mother. They soon separated from him again. Without an income from their father’s work, the boys were forced to work on the streets, where they were vulnerable to exploitation and violence. Aya, one of IRC's caseworkers met the two brothers after receiving a phone call from their mother seeking support. 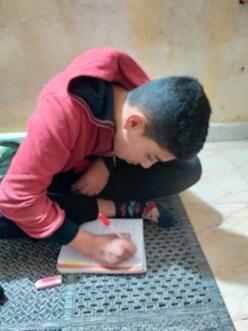 “When we met Aya, she was a saviour. My husband is back and receiving the needed treatment from a referral made by the IRC to another NGO, and now we are all happily doing great together. The cash assistance we received covered our needs, paid our debts, and gave us a second chance to get back on our feet, allowing my children to go back to their education. Thanks to the support the IRC provided, and with the psychosocial-support and focused sessions they attended, they got to live their childhood again,” their mother expressed.

*Pseudonyms used to protect their identity.

Saliha arrived in Lebanon at the age of 16 and soon married. At the age of 18, Saliha began attending the IRC’s women’s empowerment sessions at the Women and Girls’ Safe Space in Arsal-North Bekaa. After a year of attending these courses, she asked for more to do and so she became a childcare volunteer for a year. She felt the value that the centre offered her and wanted to share this resource with her community, so she offered to be an outreach volunteer.

Now Saliha shares information about the Safe Space with other women and girls living in the settlement. She has helped to enroll women in craft-making classes, psycho-social support sessions and basic literacy and numeracy classes.

Having engaged with IRC for six years, and as a volunteer for two and a half years, Saliha feels she has become more confident and has more tools at her disposal to identify and solve problems plus feels she has more opportunities in life. She feels it is important to help with outreach so that other girls do not have to experience what she did. She wants women to know: “There is someone here who will listen to you. You can express yourself here and be safe.”  People feel comfortable sharing their needs with Saliha. She sees her role as a link, not just between the refugees and IRC, but also with other partner actors to whom they refer people.

We are incredibly grateful for the generosity and support of the Saïd and Asfari Foundations and all the Building a Better Tomorrow Appeal donors. Despite this particularly testing year in Lebanon, it is with your support that Syrian children in Lebanon have been able to have access to an education within a safe environment.