Getting Back on Track 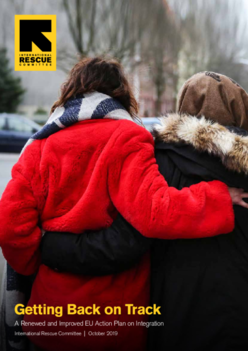 Resource: Getting Back on Track

From years of experience working with refugees and asylum-seekers globally, we know that when given opportunity to thrive, forcibly displaced persons contribute to their host communities and boost local economies.

However, this group of third-country nationals living in the European Union faces very specific challenges and barriers to integration stemming from their vulnerabilities as refugee populations, as well as structural issues and divergent asylum policies at the EU and national levels.

As the EU transitions into a new mandate for the European Commission and Parliament, the International Rescue Committee outlines a set of recommendations for a renewed and improved EU Action Plan on Integration. We argue that only by supporting the transition of refugees and asylum-seekers into their new communities, the EU has a chance to prove its role as a credible champion of protection and inclusion.