Conditions inside Rakhine for Rohingya are increasingly grim

Rohingya refugees are risking their lives for a safe place to call home. 60 people drowned on Sep. 29 when a boat carrying Rohingya Muslims fleeing from violence in Myanmar sank off the coast of Bangladesh.

The incident is a tragic reminder of the desperate measures the Rohingya are taking to escape the current unrest. It’s also a testament to the alarming living conditions families continue to face in Myanmar.

Nearly 120,000 Rohingya remain displaced in camps and villages on the outskirts of Sittwe, the capital of Myanmar’s Rakhine State. Many are living in crowded "longhouses"  where disease can easily spread. The situation has become worse since humanitarian aid has been restricted in camps and the rest of Rakhine—leaving hundreds of thousands of vulnerable people in desperate need.

Here is what we are hearing from the ground:

No one is coming to help us.

“It’s been weeks [since we received food, medicine, and other basic services] to survive. Health emergencies have begun as a result, such as complicated pregnancies. One baby only survived a few minutes [after birth, before it died]. Mothers are cut off from help and cannot access an ambulance or hospital.” —​IRC aid worker in Sittwe 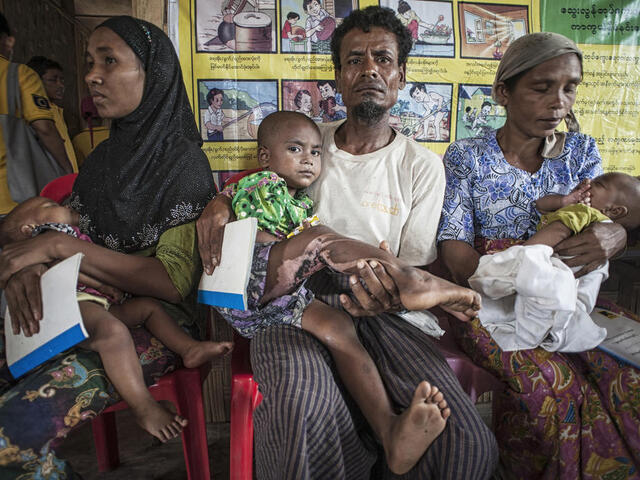 It’s like a cage where the birds are kept.

“It doesn’t feel safe going to the toilet at night, something might happen because there is no electricity. We want to go to school. There is not enough space in the longhouses to do schoolwork. We eat once a day, skipping breakfast and lunch in order to make it on time for school, which is a long journey by foot.” —​Adolescent girl in Sittwe 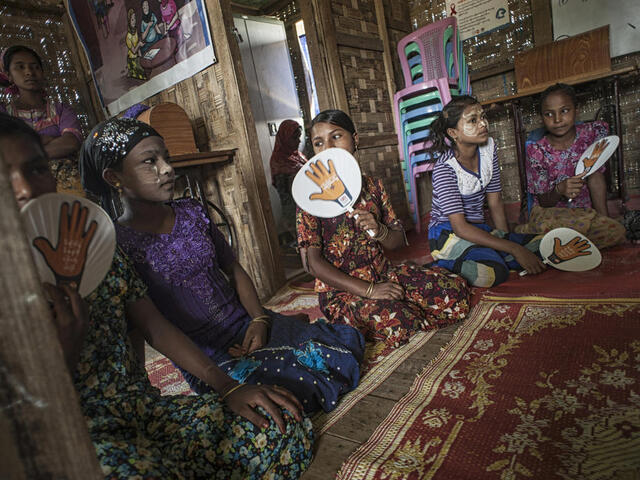 Risks for women and girls in the camps in Rakhine are worrisome. We sponsor women’s protection and empowerment activities, refer women and girls who are survivors of violence to support services, and facilitate education sessions.
Photo: Kaung Htet/IRC

They are starving…we’re afraid they will die.

“People have had no food for almost two months. They have survived off of extra food they saved up from past distributions and started trading among themselves. We don’t know when [the next delivery] will arrive; we’re afraid they will die.” — IRC aid worker in Rathedaung 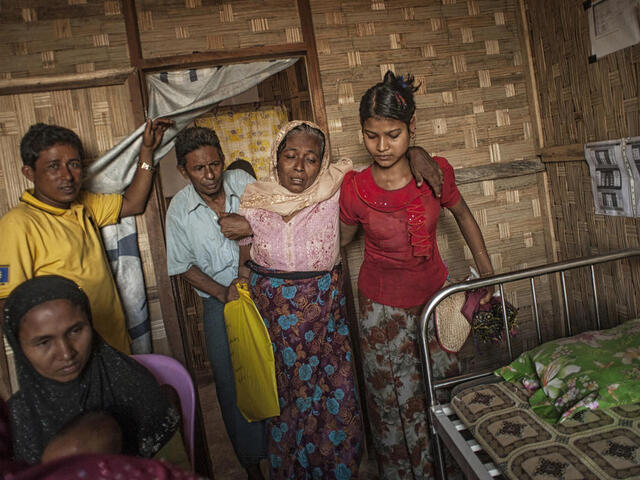 “For the first six months, I lived in a nearby village with my extended family. It was crowded because there were more than 10 people sharing the house. After that, we moved to a longhouse in this camp where we still live today. There is no ventilation.” — Maung Hla Myint, IRC aid worker in Sittwe

One million Rohingya currently live in Rakhine and continue to endure waves of deadly violence. The latest outbreak on August 25 resulted in at least 400 deaths and pushed up to 50,000 people into neighboring Bangladesh each day. Read more about the Rohingya refugee crisis.