Free for all: Providing healthcare in Myanmar

In Sittwe, the capital of Rakhine state in western Myanmar, 140,000 people have been displaced by the inter-communal violence that has gripped the country since 1948, when Myanmar gained independence from Britain. In August 2015, the state was hit by Cyclone Komen.

Communities were forced from their homes as both villages and camps for internally displaced people were hit. Many homes, schools, roads and bridges were destroyed by the Cyclone and people lost access to their farmland, leaving them without an income. The already limited education and health care services were devastated. 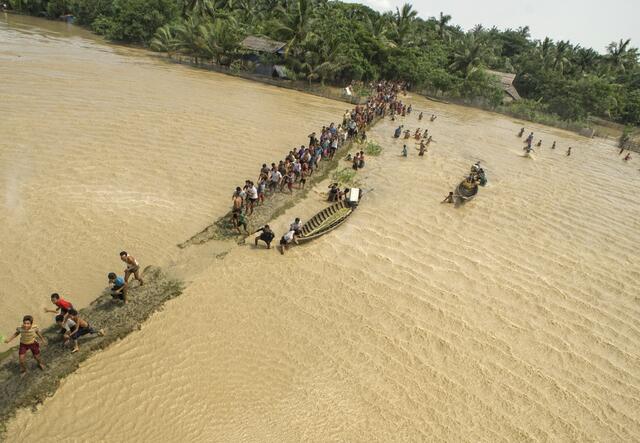 Cyclone Komen forced many people to flee their homes, including those already displaced by inter-communal violence.
Photo: Kaung Htet/IRC

The International Rescue Committee has been working with both displaced and host communities in Sittwe Township since August 2013, providing them with much needed access to both primary and reproductive health care, as well as health education services.

Across Sittwe and Rathedaung Townships, the IRC operates mobile health teams, which are able to reach to camps and isolated villages, providing them with primary and reproductive health care, all free of charge. To ensure patients can access the treatment they need, teams work in partnership with local hospitals and health centres, which are able to offer more specialist services. Without this support many people would be unable to access these vital services.

“We are very happy that the IRC opened a clinic in this camp,” says Yu Yu Hlaing, a young mother who fled to Sittwe with her family. “We can access the IRC clinic for our health”. 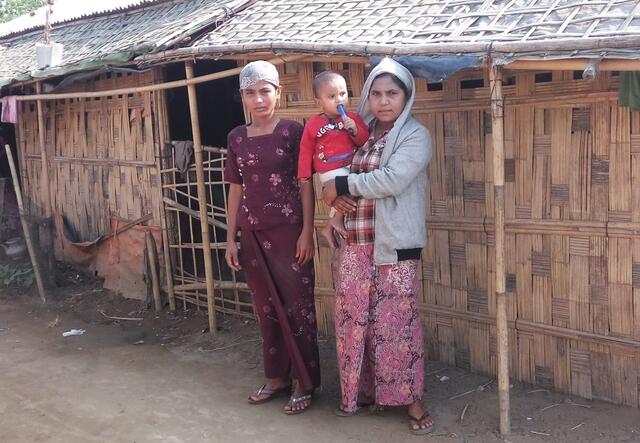 Yu Yu and her family stand outside the family home
Photo: IRC

When in November 2014 Yu Yu was due to give birth to her first child, already almost a month overdue, she had a seizure. Having visited the IRC health clinic a number of times for antenatal care, she knew that with IRC’s support she could reach the nearby hospital and access emergency services she needed. Once at hospital, and in the hands of trained doctors and nurses, she safely delivered her child, who today is a happy and healthy toddler.

“My family and I are very thankful to the IRC as they provided me the money to cover my hospitalisation costs and transport, meaning I could have my baby safely,” says Yu Yu.

Since then Yu Yu and her family use the clinic whenever they are feeling unwell.

The International Rescue Committee has been working across Myanmar since 2008, providing health care, water and sanitation services, livelihoods training, and support for community development projects in some of the country’s most remote regions. Supported by the European Commission's Humanitarian aid and Civil Protection department (ECHO), the IRC is today one of the largest health providers in the region, providing services with six mobile clinic teams to 23 locations across Sittwe and Rathedaung.