Crisis in Syria: The deadliest place for humanitarians

Syria ranks third on the International Rescue Committee's annual Emergency Watchlist of 20 countries at greatest risk of worsening humanitarian crisis in the year ahead. Here's what you need to know about the humanitarian emergency in Syria.

As of 2021, Syria has spent a decade in conflict. Continued attacks on civilians, aid workers and infrastructure leave many living in perpetual conflict areas or forced to flee from their homes—many doing so multiple times.

Hospitals have also been destroyed by this ongoing conflict, decimating Syria’s health system. As a result, Syrians have been struggling to cope with the challenges brought on by the COVID-19 crisis. Humanitarians must be able to deliver lifesaving care and services to those in need, but the conflict continues to restrict their access and make it dangerous for them to provide aid. That’s why, in 2019, Syria was ranked as the deadliest country in the world for humanitarians.

“The pandemic is just one of many challenges that the IRC’s teams and the people we serve have had to contend with over the past ten years,” says Taj-aldein Alkaisi, interim operations director for the IRC in Syria. “Through everything, we keep going.”

Here are four reasons Syria is one of the countries most at risk of humanitarian catastrophe in 2021:

After a decade of conflict, the situation in northwest Syria hangs in the balance. Fighting in 2019 and early 2020 forced nearly one million people to flee their homes, many multiple times. While the Turkish-Russian ceasefire eventually reduced hostilities in 2020, there’s now a risk of major new offensives, especially if that fragile ceasefire breaks down. 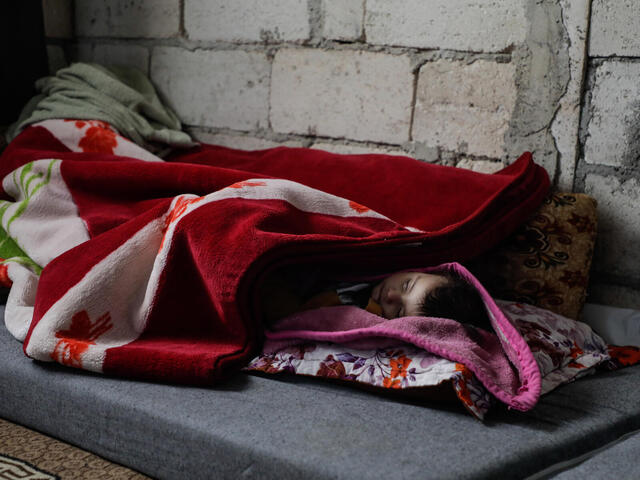 Nine-month-old Niveen sleeps in the unfinished building her family lives in after being displaced three times due to the conflict in northwest Syria.
Photo: Abdullah Hammam/IRC

The rest of the country is also at risk of increased conflict. The Islamic State remains active in the northeast and government-controlled areas in the south have already seen violence break out as tensions rise due to core grievances among the local population that remain unaddressed, coupled with COVID-19 and economic instability.

COVID-19 is worsening the economic crisis.

Fuel, water and food prices have been rising since the 2019 banking crisis in Lebanon, which hit Syria’s economy hard. Food prices, in particular, have reached record levels and risen nearly 240% in a year. As a result, 9.3 million Syrians—more than ever before—suffer from food insecurity. IRC teams also report a rise in child labour and people begging in the streets.

The devastating economic crisis is further complicating the situation, making it even more difficult for humanitarian agencies delivering aid. Fuel shortages and banking restrictions in neighboring states are expected to further undermine humanitarians’ ability to reach millions in need with their services and resources.

A family displaced from Idlib province in the unfinished building they are renting in the town of Ma’aret Misrin. Fighting in 2019 and early 2020 forced nearly one million people to flee their homes, many multiple times.
Photo: Abdullah Hammam/IRC

Women and children will be particularly impacted by the effects of COVID-19.

Syrian women and girls have long lagged far behind men on human development measures. Syria is ranked as the third-least equal country for women on the Woman, Peace, and Security index and seventh-lowest on the United Nations Development Programme’s Gender Development Index. Women in Syria also have higher levels of poverty than men. 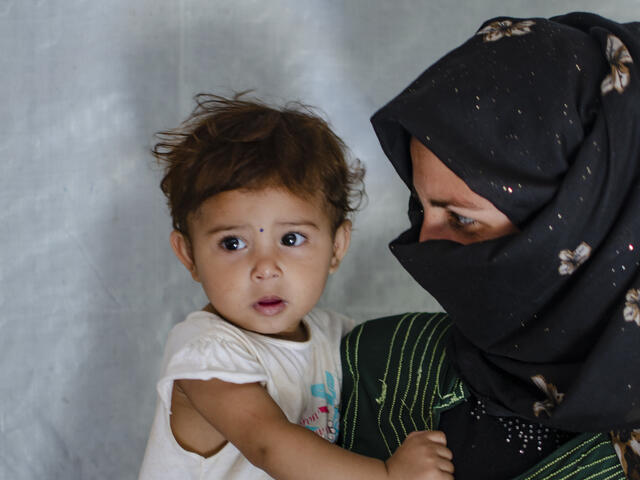 Dalal, 18, has been living in Lebanon for six years with her toddler, Tasnim, in a tent settlement in Akkar. She regularly visits a safe space run by the IRC where Syrian refugee women and adolescent girls learn to read and write Arabic and other essential skills.
Photo: Kulsoom Rizvi/IRC

Due to these inequalities, the impact of the declining economy and the COVID-19 pandemic are expected to negatively impact Syrian women in particular. There has already been an increase in child labor, gender-based violence and child marriage.

Syria is the deadliest country in the world for humanitarians, counting the highest number of attacks on aid workers and most aid worker deaths in 2019. In 2020, the UN Security Council failed to re-authorise  the use of several border crossings by UN agencies, reducing the flow of aid to vulnerable Syrians. 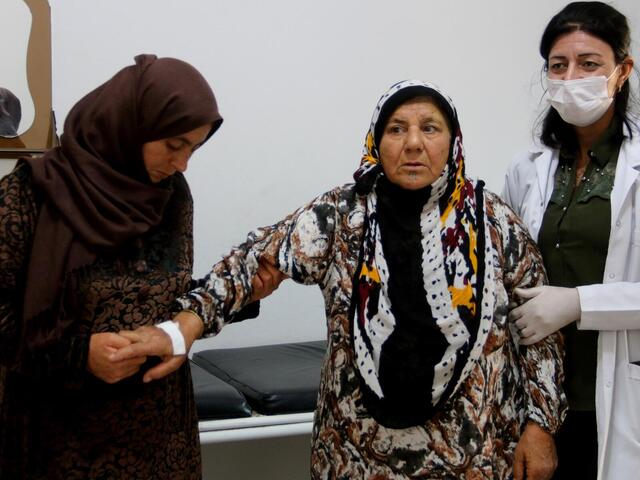 Millions of Syrians risk losing their lifelines for medical supplies as COVID-19 threatens to spread and the economic crisis compounds.
Photo: Soulnar/IRC

Increased security threats and restrictions will make it even more difficult for humanitarians to deliver aid in 2021. Millions of Syrians risk losing their lifelines for medical supplies as COVID-19 threatens to spread and the economic crisis compounds.

For citations, additional insights on the crisis in Syria in 2021, and the IRC’s recommendations for the international response, please refer to the full 2021 Emergency Watchlist report.

The IRC’s crisis response in Syria

The International Rescue Committee has been working in Syria since 2012, supporting health facilities and mobile health teams with lifesaving trauma, primary, reproductive and mental health services. Our early childhood development programme also helps children develop the cognitive and socio-emotional skills they need to grow and thrive. 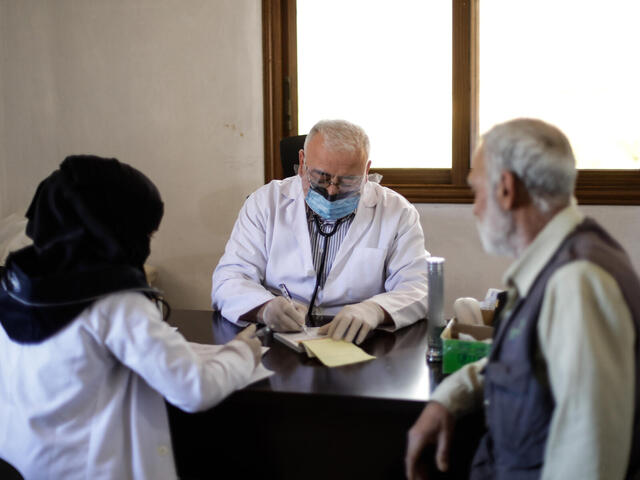 A doctor at a clinic run by the IRC in Idlib: The IRC and its partners are supporting 17 health facilities, including three mobile clinics and one ambulance fleet in northwest Syria.
Photo: Abdullah Hammam/IRC

The IRC also promotes COVID-19 awareness and trains health care workers to prevent and control the spread of the virus. We also support vulnerable Syrians by providing food and cash assistance and helping women and children access safe spaces.

Dalal, 18, has been living in Lebanon for six years with her toddler, Tasnim, in a tent settlement in Akkar. She regularly visits a safe space run by the IRC where Syrian refugee women and adolescent girls learn to read and write Arabic and other essential skills.
Photo: Kulsoom Rizvi/IRC

The annual Emergency Watchlist is a global list of humanitarian crises the IRC expects to significantly deteriorate over the course of the coming year. Read about the top 10 crisis countries in the list and download the 2021 Emergency Watchlist report.