On Jan. 12, 2010, a massive 7.0 earthquake struck Haiti about 10 miles southwest of the capital, Port-au-Prince, killing 300,000 people and leaving 2.3 million homeless without clean water or food.

The damage was enormous and overwhelming. “Dead bodies were still being pulled from the rubble even as search and rescue teams worked feverishly to find anyone still living,” said the International Rescue Committee's emergency response director at the time, Gillian Dunn. “Earthquake survivors were gathering in parks and the sides of roads, setting up makeshift tents using bed sheets and rope.” 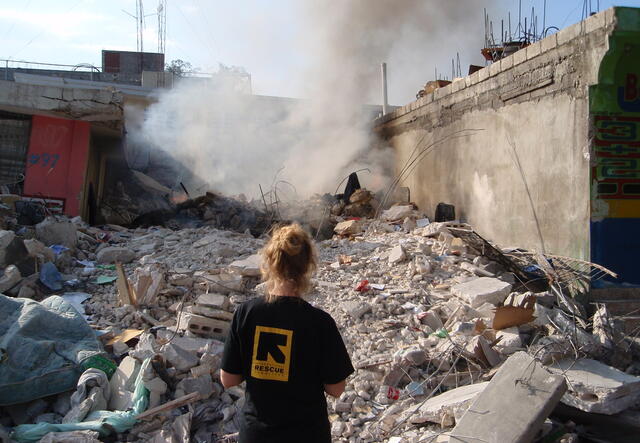 The IRC immediately responded by providing clean water and sanitation, critical to preventing disease. We also deployed experts who addressed the special needs of traumatised children and women and started economic recovery programmes.

“Dead bodies were still being pulled from the rubble even as search and rescue teams worked feverishly to find anyone still living.” 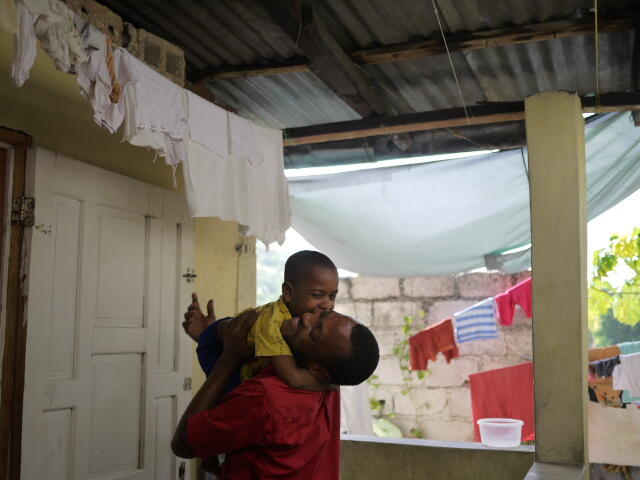 Tens of thousands of children lost their parents to the earthquake. Many were separated from relatives in the chaos that followed.

The IRC went to work to reunite children with their families, collaborating with the Haitian government and a network of international and local organisations to find, identify and register separated children. We also trained Haitian social workers in family tracing and other tracking techniques.

“Tens of thousands of Haitian children are homeless, traumatised, disoriented and distressed, and those who have been separated from family members are especially vulnerable," said Rebecca Chandler, former child protection expert with the IRC emergency response team in Haiti.

To ensure separated children were safeguarded from exploitation and abuse, the IRC set up safe spaces with a range of healing, recreational and learning programmes. Since the disaster, the IRC has reunited more than 1,000 children in Haiti with their biological families, including 156 working in domestic servitude. We also worked with families and orphanages to combat trafficking through public education campaigns.

With thousands of displaced families living in overcrowded and unhygienic settlements, it was no surprise when a serious outbreak of cholera infected thousands. The IRC swiftly launched prevention campaigns in 30 settlements in Port-au-Prince, and distributed soap, cleaning supplies, jerry cans, chlorine and water purification tablets for drinking water.

The IRC also rehabilitated water and sanitation systems at health clinics and youth centres and built latrines, showers and safe water points in the capital, the city of Leogane and surrounding areas.

People are literally living amid their own waste and there is a growing danger of epidemics," said Sam Gonzaga, environmental health coordinator who served with the IRC emergency response team in Haiti.

The IRC is one of the few remaining aid agencies providing lifesaving sanitation and hygiene services for thousands still living in crowded camps near Port-au-Prince.

Dead bodies were still being pulled from the rubble even as search and rescue teams worked feverishly to find anyone still living.

Women and girls were at the centre of the IRC’s earthquake relief effort. Many of the local organisations which provided support and protection to women and girls had been severely weakened. And in Haiti, as anywhere, violence increased dramatically during times of crisis.

The IRC helped put Haitians back to work rebuilding infrastructure in Port-au-Prince and Leogane through a cash-for-work programme. We provided technical expertise, tools, construction materials and other resources to workers, including women, who built permanent camp facilities. 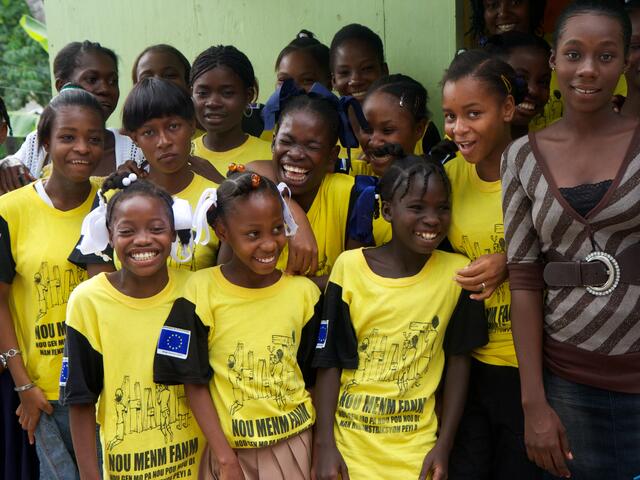 Along with our partner organisations, the IRC gives teenage girls safe places to go to talk with their peers and explore their feelings with trained counselors.
Photo: Nadia Todres/Haiti Adolescent Girls Network

Our impact at a glance

Within the first two years after the earthquake, the IRC:

The IRC closed its programme in Haiti in 2016, but continues to maintain a relationship with two permanent national organisations, FOSREF and FADHRIS, providing them with limited operational, technical and capacity enhancement support.