The average American uses 100 gallons of water a day—from the moment we awake and brush our teeth—to washing up after supper. We take this essential element for granted, but when water is scarce, daily life becomes an unimaginable grind. Eventually, dehydration and disease threaten existence itself.

The weather phenomenon El Niño has decimated water supplies around the world. We’re witnessing a global water crisis so severe that even developed countries are struggling to meet their basic water needs.

In Ethiopia, there is a frightening sense of déjà vu. The country once again faces a drought stemming from two missed rainy seasons that has left farmers without harvests. More than 10 million people in Ethiopia, including 5.65 million children, will require food relief in 2016. An estimated 5.8 million people have been affected directly by water shortages.

Lack of water fundamentally alters the lives of those affected in myriad ways, some of them unexpected: 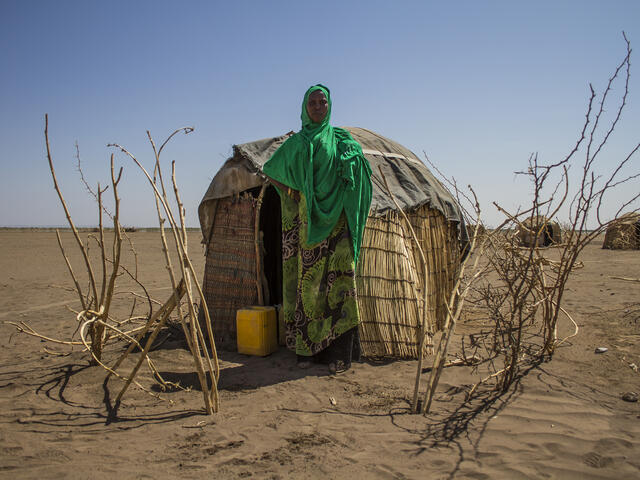 Sada Mohammed, 30, a pastoralist in the Somali region of Ethiopia, lost nearly all of her livestock to the drought. With her only source of income gone, she too depends on food assistance from the government, and on water and health care provided by aid agencies like the International Rescue Committee.
Photo: Tyler Jump/IRC

No water. No money. No food.

Farming remains the main economic activity and source of sustenance in most of Ethiopia. Many families rely on family plots to put food on their table and money in their pockets. When the country missed two critical rainy seasons in 2015, they were forced to rely on emergency supplies. Now they live meal to meal, depending upon government food aid. Farmers aren’t the only group decimated by the drought. 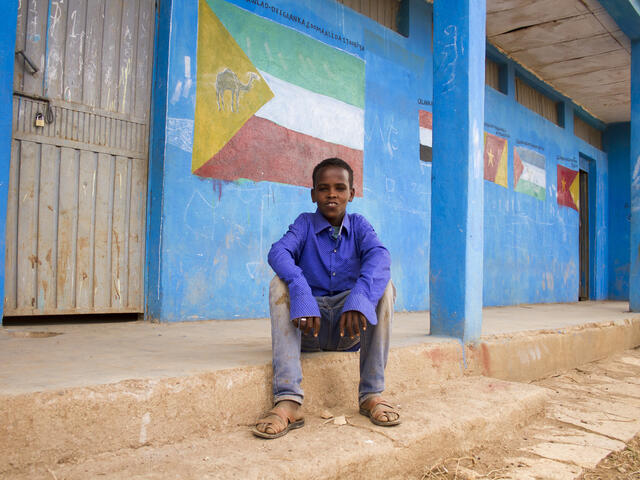 Abdi Badel Bade, a 13 year old in the country’s Somali region, hoped some day to be a teacher. But when drought came, he stopped going to school. Instead, Abdi would walk for hours to fetch water in a jerry can to bring home. But after the IRC built a water point closer to his home, Abdil was able to return to the classroom.

In arid regions like Ethiopia, the burden of water collection often falls on women and teenage children. Many carry heavy plastic containers on their backs over long distances. Children forego education, a situation easily reversed when water is available. In one village, the school dropout rate fell from over 20 percent to less than 1 percent when a water source was fixed closer to the community. 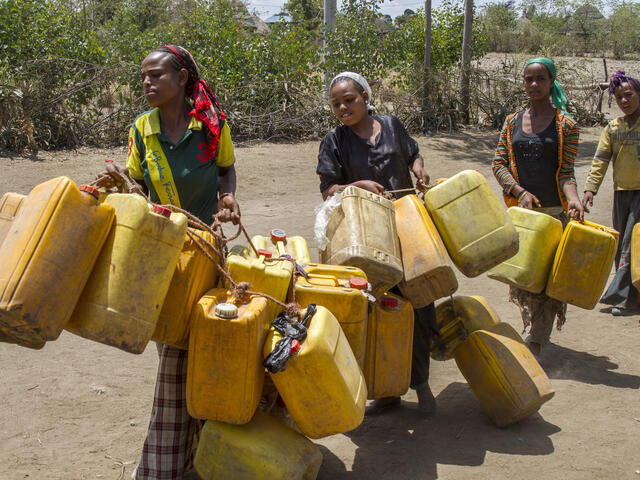 It is not uncommon for pregnant women to go into labour while searching for water, but giving birth in established health centres that lack water can be equally dangerous. Lack of basic cleanliness and sterilisation put both mother and baby at risk.

Equally worrisome, women and children forced to walk miles through remote parts of the country early in the morning or late at night face increased risk of attack from wild animals, especially hyenas. Their exhausting journeys, day after day after day, also take a toll, exacerbating health problems and preventing women from entering the workforce or even doing household chores. 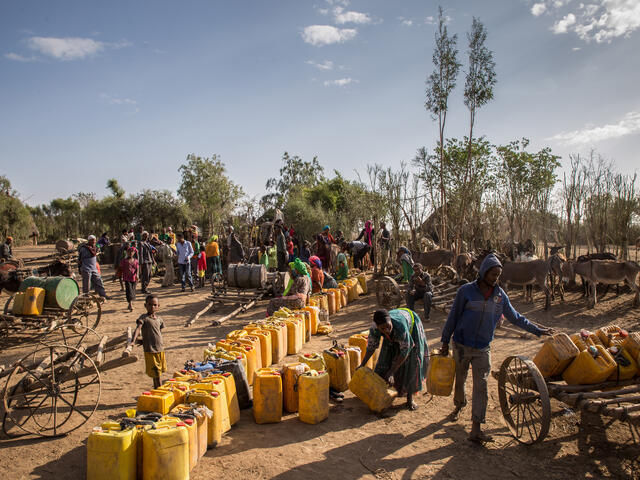 More than 10 million people in Ethiopia, including 5.65 million children, will require food relief in 2016. An estimated 5.8 million people have been affected directly by water shortages.
Photo: Tyler Jump/IRC

Like sleeping in? Ethiopians coping with drought and the hardships it brings rise before the sun, typically around 4 a.m. Many do not return home until after 4 p.m., twelve hours of hard labour with little to show for it except a few gallons of dirty water. There’s no time for socialising. It may be late afternoon, but dozens of chores demand attention, dinner must be prepared, and children must be tend to. Without water, social time evaporates.