Harris* fled his native Afghanistan fearing for his life. He had no choice: He had worked for the United States as an interpreter for five years. As the U.S. presence drew down, the Taliban were waiting and threatened retribution.

As one of the lucky few refugees welcomed to resettle in America, the 26-year-old is hopeful for his future but concerned for the safety of other refugees affected by President Donald Trump's executive order suspending the entire U.S. resettlement programme for 120 days.

He shares his story: 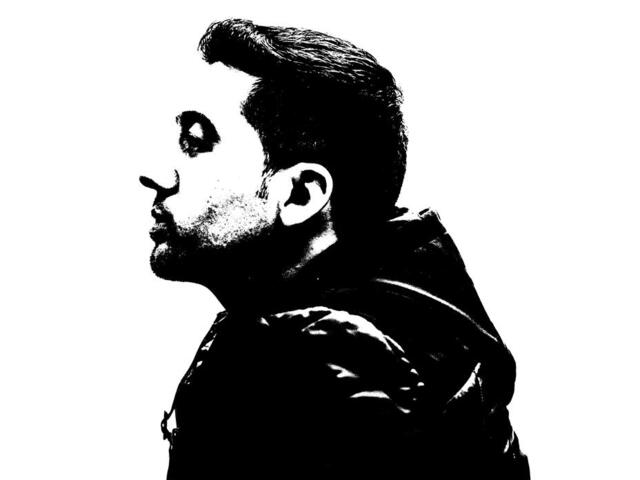 26-year-old Harris from Afghanistan was resettled by the International Rescue Committee in Baltimore.

I cannot recall too many happy memories in Afghanistan. As a child, I remember when the Taliban tortured my father because he worked with the Afghan government.

We’ve always lived a life of fear, but we loved our country and wanted to fight for it, protect it. I come from a family who sacrifices their lives for others. We care about our brothers and sisters, no matter where they are from or what they believe in. We’re all humans with the same heart.

When the Americans arrived, I was a young school student, but I was always wondering why there is so much war and misery. When I finished high school at the age of 17, I decided to work as an interpreter.

The Americans put a lot of trust in me. It was my job to make sure they made it out alive. They had families to go home to. I was unaware of the consequences for aiding the Americans. I knew I was doing the right thing, but when the troops left, my life was out of my hands.

The dangers I faced were countless. I’ve dreamed of becoming a doctor since I was a child, but the nursing classes I wanted to take were in a town with insurgents who were after me. I received threatening letters at my home almost every night. I felt like I lived in a cage.

I applied for the special immigrant visa to move to the United States, but after almost four years, I didn’t hear back. I woke up every morning hoping to hear from the embassy so that I can be released from all this stress, frustration and fear.

So I waited, and waited, but the visa never came. How can you have a proper life when people are after you? I had to leave, but I didn’t want to pay a smuggler; I wanted to follow the rules. So I applied for a nursing scholarship in Turkey.

I studied hard and stayed in Turkey for four months, but my visa was about to expire and I didn’t wanted to return to Afghanistan where the Taliban fighters were still looking for me. I had no other choice.

The Americans put a lot of trust in me. It was my job to make sure they made it out alive

Like thousands before me, I climbed into a boat in the middle of the night with 40 people—many women and children—to go to Greece. I thought I could start a new life in Europe.

The whole journey has become a blur now. I can’t put into words how tiring it was. It was the winter of 2015, cold and intolerable. I can’t even believe that I survived! No one risks their life like this, walks across countries for safety. I was desperate.

When I arrived in Austria, I thought to myself, “You have to stay here. You have no money, you’re exhausted, you can’t continue.” But I had faith. I was determined to make something of myself, prove to people that someone like me can conquer all obstacles.

So I practiced my German and volunteered with the Red Cross. I continued to send emails to the U.S. embassy in Afghanistan asking about the status of the visa application. My American friends also sent emails because they knew the hardship I’d endured. I truly believe hope is the main ingredient for survival. Hope keeps you alive.

I am a survivor

Thankfully, my visa application was finally approved—a total of nine years of hoping. After medical screenings, I had no money left so one of my former American colleagues paid for my plane ticket.

I’ll be forever grateful for that.

When I landed in Baltimore, Maryland, I had tears in my eyes. I was finally free. After years of hardship and threats to my life, I was given an opportunity to live a normal life as a human being. It had been such a long time since I felt like that.

This country's history is all refugees, immigrants. We work hard, we pay taxes and we do our best to make America great.

My first two months were extremely difficult. I was alone, a single man without a degree, job or car. I was welcomed with new obstacles and challenges. I’d started another chapter of struggles.

I never gave up, though. I’m a survivor and I have no fears.

I don’t think Americans have all the facts on what it takes for a refugee to come to this country. It took me almost five years—I started my application process in 2012. I’m someone who worked with U.S.!

Its people like me, refugees, who made this country great and continue to make it great. This country's history is all refugees, immigrants. We work hard, we pay taxes and we do our best to make America great.

Recently, I was offered a job at a medical company in Texas, where I've since moved. I love it here. It's warm and sunny.

I no longer need to worry about being killed because I tried to do something good. I have the freedom to become a doctor here, to go back to school, to do so many things I never imagined I could do.