A skateboarder from Kabul learns there is nothing she can't achieve

Belqisa Nazari, 22, has dreamed of being a professional skateboarder since she first discovered the sport in seventh grade.

For four years, she taught children in her hometown, Kabul, to skate while working for Skateistan, a non-profit that works to empower girls and other groups often excluded from sports and education. But her dreams were cut short when she had to flee Afghanistan out of fear for her life.

Belqisa recently arrived at a United States government site hosting refugees in Virginia. There she has received support from the International Rescue Committee (IRC) to make a better future for herself in a new country—and continue to chase her dreams.

Belqisa had only ever seen a skateboard in videos when her friend brought one to class in seventh grade.

We spoke with Belqisa about her love for skateboarding, her life in Afghanistan, and her hopes for the future.

How did you discover your passion for skateboarding?

I was in the seventh grade when one of my friends, who is still in Kabul, brought a skateboard to class. I asked her, “Where did you find this?” I had only ever seen one in videos.

She said there is a place called Skateistan where girls and boys practice and teach, but separately, and she herself was a volunteer of that organisation.

After that, I was very eager to go and see people skate and see if I could stand on one of the skateboards. I got permission from my family to join. I still remember my first practice to this day. 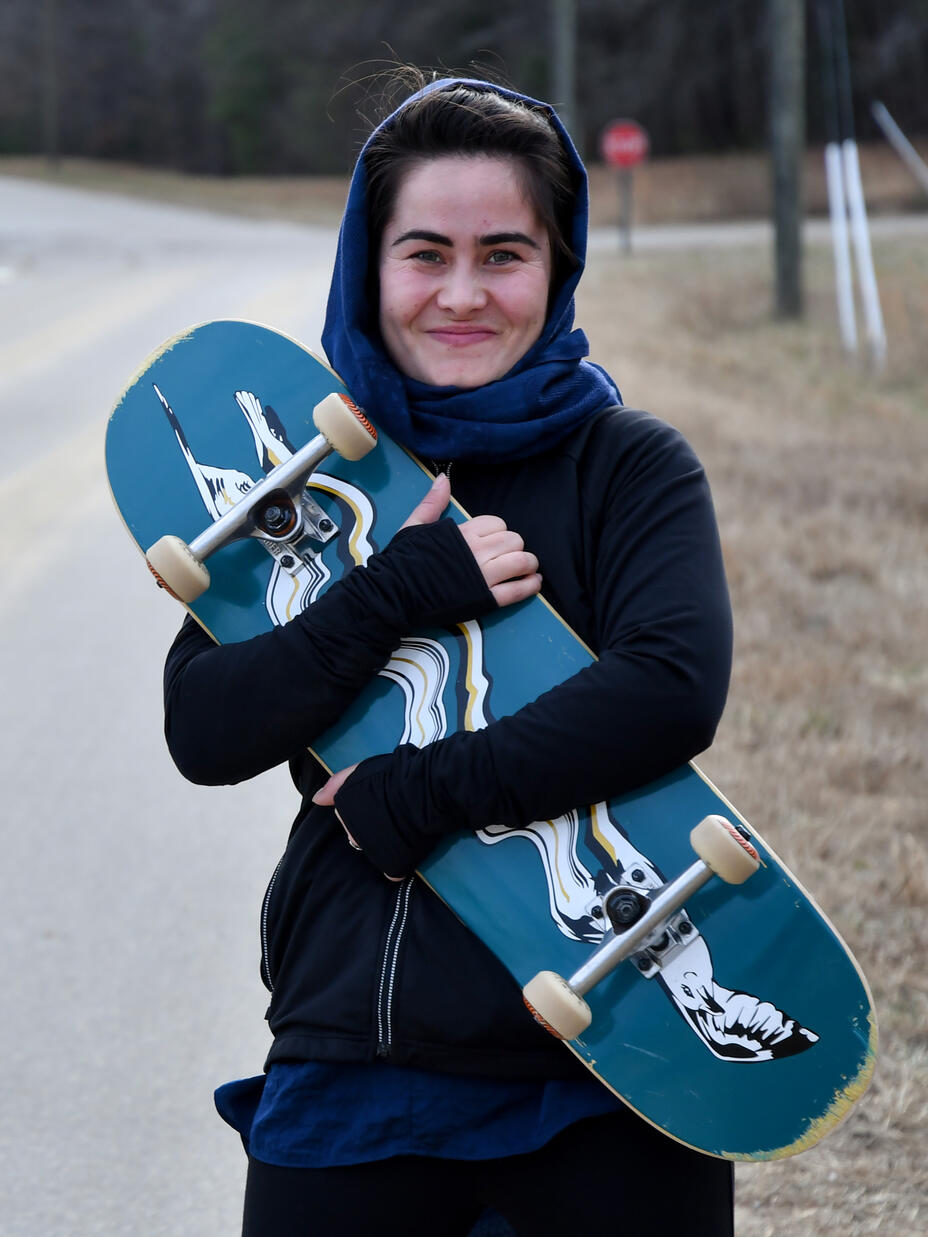 "[Skateboarding] taught me that I can do anything and nothing is beyond my limits," says Belqisa.

What do you love most about skateboarding?

We all have problems and hardships in our lives, but what kept me going and gave me energy and confidence was skating. It taught me that I can do anything and nothing is beyond my limits.

I had it in my mind from the very beginning that if you don't fall, you won't know what it means to stand up. In the first days, you might fall and hurt yourself, but don't lose your courage and motivation. Practice until you perfect it.

I really like the kickflip. When I first started training, I couldn’t even balance myself on the board. I would ask others to search for tricks for me on YouTube on their phones. And when I saw this trick, I was in love with it, thinking what a great day it would be when I could perform like that. 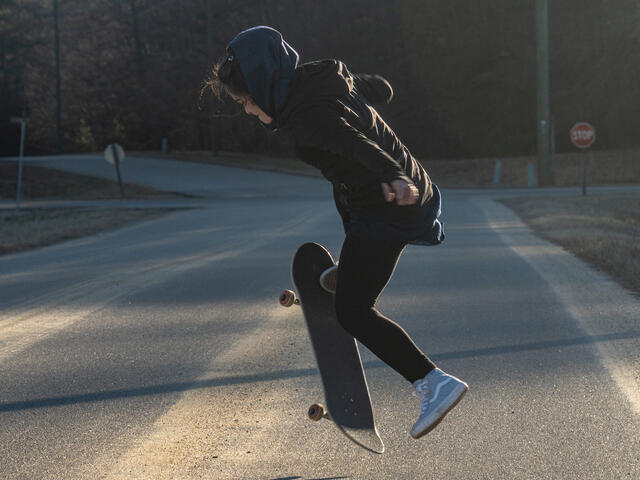 How did you begin teaching others how to skateboard?

Because of the passion I had for learning skating, I was able to start teaching. I worked half days [at Skateistan] for a while and then I started my official work, teaching for four years alongside many other skater girls.

Do you have any skateboarding role models?

The person whose skating I like the most is Sky Brown, a girl who is young but skates very well. I really like her style. She knows a lot of tricks and I really admire her. If I got the chance, I’d really want to meet her in person.

Why did you leave Afghanistan?

We didn't leave because we wanted to. The situation has gotten harder, especially for women who used to go out of the house for their jobs–or simply to practice skating like us. We found out our lives were in danger and that we might be threatened if we stayed in Afghanistan.

Luckily, we were able to get visas so we could leave. Unfortunately, many of our families were left behind.

How was your experience arriving in the U.S.?

The IRC helped us when we had to leave our country. A lot of Afghan interpreters who had already arrived in the U.S. are helping, too, and I am really grateful. IRC staff have always helped us with patience and an open mind, and their treatment was kind. 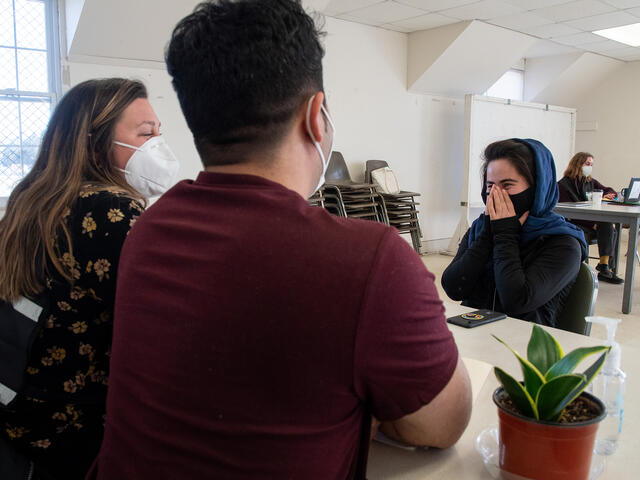 The IRC helped Belqisa when she first arrived in the U.S.

When I arrived here, people supported me a lot because I am a girl from a war-stricken country. I thought now I would be able to go even further and study the things I haven’t been able to study in my country, make a better future for myself and follow my passion for skateboarding.

When I came here I also helped some American teachers who taught Afghans. The Afghans treated me very well and even got me presents. One is a skateboard and the other is a magazine about skating, which I love. 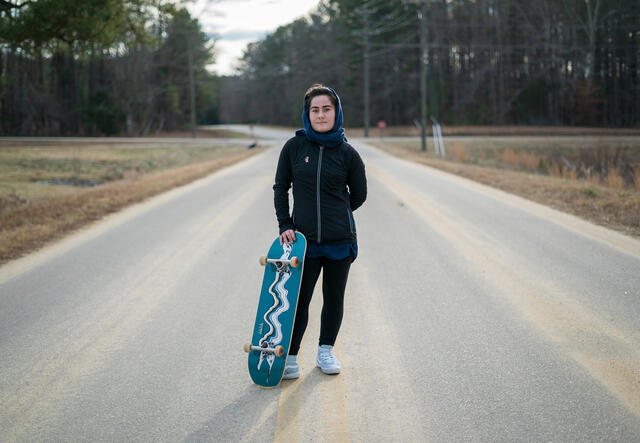 "One day, when things improve, people will come to Afghanistan and see what a great place it is to live in, what a great climate it has, and how sweet its people are," says Belqisa.

What do you hope people understand about the situation in Afghanistan?

We had a great life before the Taliban. Although there were some restrictions, we could go out to our jobs and everywhere else.

People say it's an unstable country and full of terrorists but they don't know that Afghanistan has a lot of athletes, especially women athletes, most of whom brought us a lot of valuable medals. But unfortunately, now they are all in bad situations.

One day, when things improve, people will come to Afghanistan and see what a great place it is to live in, what a great climate it has, and how sweet its people are.

What would you like to say to other young people in Afghanistan?

All those who skateboard inside and outside Afghanistan should never give up on their dream and always persist regardless of all the problems.

If you want to learn something, especially skating, practice and don't think about what others might say. Keep on working and always follow your goals. 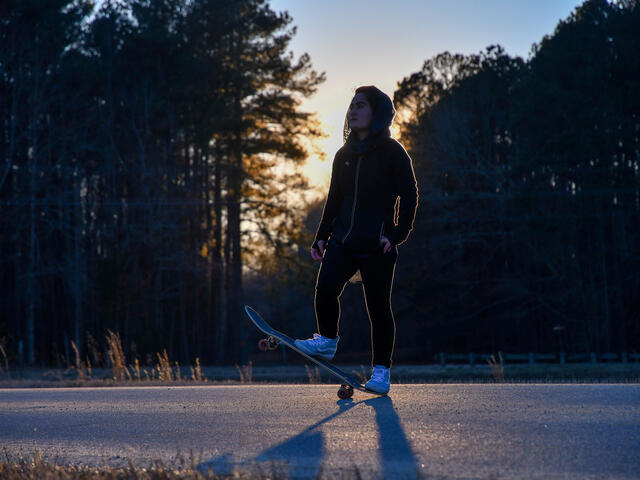 "I want to be a professional skater," Belqisa says, "so that when someone hears the name of Afghanistan, they remember me—not the wars."

What are your own hopes for the future?

First, I want to finish my studies in the field I was pursuing. After that, I want to be a professional skater, so that when someone hears the name of Afghanistan, they remember me—not the wars.

How the IRC helps Afghan refugees in the U.S.

In the months after the Taliban takeover of Afghanistan, the United States welcomed 70,000 Afghans at “safe havens” operated in part by resettlement agencies like the IRC. New arrivals were offered temporary accommodations and received food, medical care and COVID-19 vaccinations. The IRC alone deployed over 1,000 staff and volunteers to support these efforts. We continue to offer COVID-19 health orientation, adult and youth education, immigration legal assistance, and support finding housing, employment and health care to Afghans and other newcomers around the country.