Kidnapped by soldiers at 15, these brave girls escaped to find their families

It can really happen anywhere—at the market, while collecting water, on the way to school…

Rosine left home one day to buy food when she was abducted by a local rebel group. Carine was kidnapped from her own house after she returned from school. Both girls were just 15 years old.

I met Rosine and Carine at the International Rescue Committee office in Goma, the capital of North Kivu province in eastern Democratic Republic of Congo, where a decades-long bloody cycle of violence and political turmoil has wreaked havoc. Families in North Kivu are frequently displaced and often separated while on the move. Violence and rape are unrelenting threats. Nationwide, two-thirds of the country’s five million internally displaced persons are women and children. 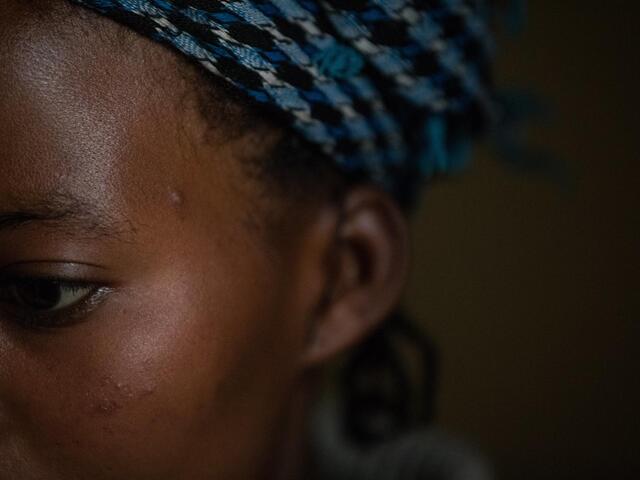 Carine, 17, was abducted from her own house after she returned from school. After four months of captivity, Carine managed to escape when the militants’ campsite was attacked by another armed group.
Photo: Kellie Ryan/IRC

Last year, more than 1,000 children were reported to have been exploited by armed groups in Congo. Many more go unreported. The term “child soldiers” evokes images of small boys and girls shifting large guns from shoulder to shoulder, forced to fight and commit atrocities, but for some children conscripted by armed groups, their roles are not limited to the front line and direct fighting. Soldiers exploit girls as “wives” or use them to carry out domestic duties. These girls face physical abuse and the constant threat of death and punishment if they dare to disobey or attempt escape.

“[The soldiers] said that they loved me, but I told them I was still in school and I couldn’t go with them,” Carine recalls in a soft voice as she remembers the afternoon of her abduction. She was forced to marry a soldier twice her age. “They told me that their boss had sent them. They beat me up and took me with them. There were three of them, and since there’s no law, they could do whatever they wanted with me.”

Rosine, now 17, grew up in the village of Kashuga, where violence has become a daily reality. Her family fled when fighters began to kill people in the area. In a nearby town, she and her mother, along with others, were kidnapped while they foraged for food. “After arriving at their camp, they took our mothers back to the village, but kept four girls as their wives.”

“Always someone watching us”

It isn’t easy for Rosine and Carine to speak of the horror they endured. After their ordeal, the girls are shy and timid, afraid of the outside world.

“Life was very tough—we thought we were going to die,” says Rosine, who spent a year and a half in captivity. “We would go hungry. We cooked for the soldiers once every two days, but we never ate. We were forced to be nice to them, so we’d get some food.”

Carine also remembers going days without food. “I thought about running away every day, but they would never leave us alone. There was always someone watching us.”

Rosine said the fighters told her that she would never go back home. She begged for her freedom many times, but her “husband” would respond by beating her and locking her in a room for days.

“They said that if we ran away and were captured again, they would kill us,” Rosine remembers.

They said that if we ran away and were captured again, they would kill us

After four months of captivity, Carine managed to escape when the militants’ campsite was attacked by another armed group. “Everyone scattered,” she says. “I spent four days wandering in the forest, asking people how I could get back home. I found out that there was an organization that could help me find my parents—the IRC.”

Carine met aid workers who brought her to a hospital, where she discovered she was pregnant. The good news was that the IRC was able to reunite Carine with her parents. “I kept my baby and I gave birth. But after three days, the baby died,” she said, trying to mask the tears behind her eyes.

“They chased me away”

When her husband was killed in battle, Rosine pleaded to a commander to allow her to visit a hospital. She was pregnant. Her husband had left her 10,000 Congolese francs ($6).

“On my way, I met some people who knew my family and said my mother was in the neighbouring village,” she says. “I decided to [run away] to look for my parents, but [they weren’t] there.” 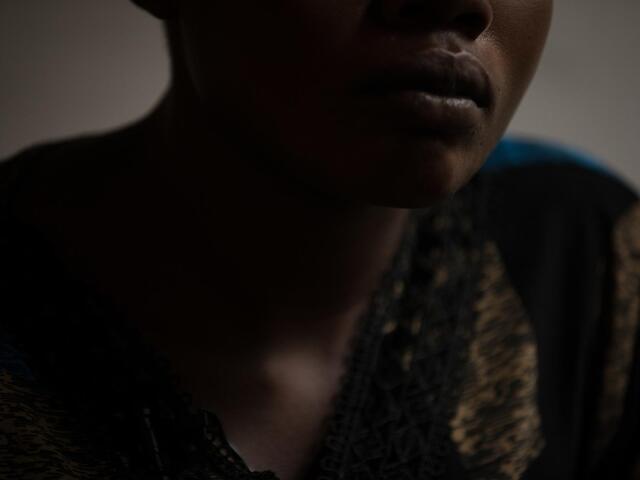 Rosine, 17, was on her way to the market to buy food when she was abducted by a local rebel group. She spent a year and a half in captivity. “Life was very tough—we thought we were going to die.
Photo: Kellie Ryan/IRC

Instead, Rosine found IRC aid workers who took her to the hospital, where she had a miscarriage. With the help of the IRC, she was able to find her parents, but they were not happy to see her.

“They chased me away because I was coming from the [militants’] camp,” she says. “They told me to go back to where I came from. So, I went to the IRC, who decided to talk to my family and explain what I had been through. They helped them accept me, and it felt good when I finally went back home.”

“I am not scared of the future”

The IRC has been helping hundreds of children in North Kivu who were formerly associated with armed groups or at risk of recruitment. Tracing families requires painstaking detective work, especially in remote areas of eastern Congo—many families are difficult to track since they’ve fled from ongoing violence. The IRC works with a local partner who has established a trusted network with the community to help gather information about each child. 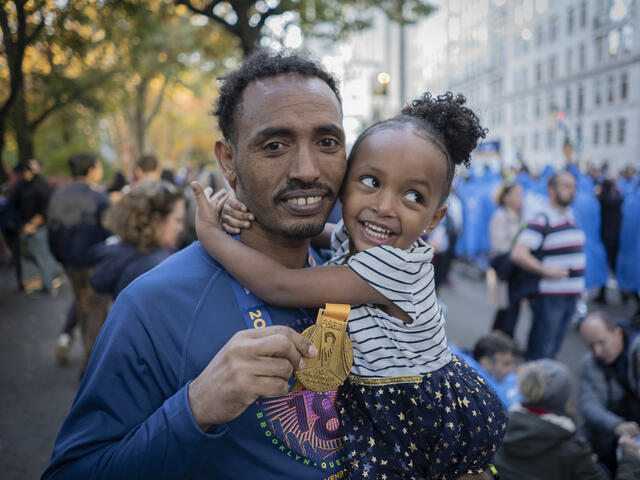 While they wait to be reunited with relatives, the IRC places children in foster care or a transit center and provides them with psychosocial support and organizes group activities in a safe space where boys and girls can share experiences. Once back in the community, the IRC supports children to develop life skills and positive attitudes. School-age children are reintroduced to formal education, while older children like Rosine and Carine choose other means to reintegrate, including vocational or skills training. We work with local community members and leaders on ways to reduce the risk of recruitment by armed groups.

Through an apprenticeship program, Rosine and Carine are now learning to sew with the goal of becoming professional tailors. “I am not scared of the future,” says Carine. “I would like to become like my sewing teacher. Once I do this, I won’t be scared of anything.”

*Names have been changed to protect the privacy of the children