Ebalo is seven. He has spent his whole life in Nyarugusu camp, Tanzania.

Nyarugusu refugee camp was established in 1996, making it one of the oldest refugee camps in the world. Over half of the refugees living in the camp are children, and like Ebalo, many were born there. His family fled conflict in the Democratic Republic of Congo. 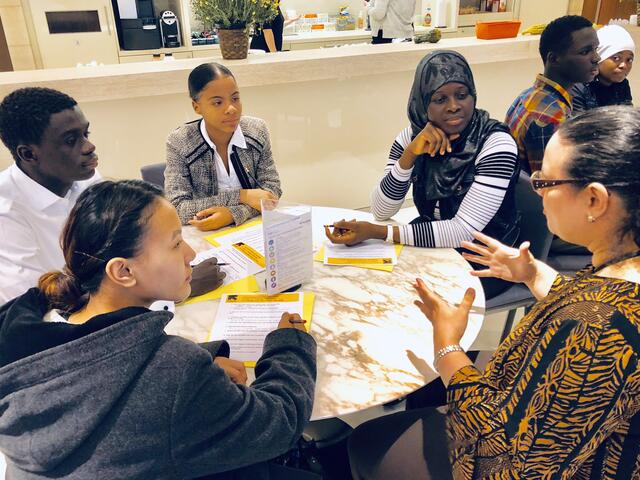 LITs participated in roundtable interview-style discussions to build skills while learning about the legal field in New York and internationally.
Photo: Rosalie Arndt/IRC

Ebalo lives with his uncle Edi Maurice, as well as his eight cousins, and his grandmother.

“Education in the foundation of life. When he studies, and does well, he is helping his future,” Edi says. “He likes school. He wakes up every day and chooses to go, we do not have to force him.” 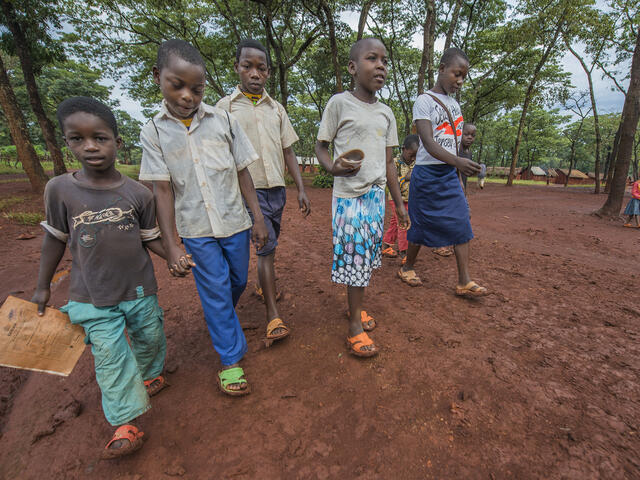 Around the world today there are 52 million children out of school in conflict affected countries. The IRC knows how important it is to get those children back into education and back learning. Education not only provides children with stability, but also helps them to overcome trauma and war.

“It is important for the IRC to invest in children first because they are the tomorrows for their nations and their communities,” explains Thimotheo Masanyiwa, IRC’s Child Protection Supervisor in Tanzania.

When Ebalo grows up, he says he wants to be a policeman, so that he can help people. The IRC is committed to ensuring that he has the best start in life so he can make his dream a reality.