"It always feels good to come home, to Africa. But this time, we had a different mission in [Ivory Coast]. From the children’s centre for HIV victims to women leaders standing up for their rights, it was remarkable to see the IRC’s work and how dedicated and passionate people were in trying to better their communities," they said. "It’s a new way of charity work—society helping themselves. The whole thing was a new experience for us."

I joined Nico & Vinz for their journey and wanted to share few highlights:

For many of us at the IRC, nothing is more powerful than being around children and connecting with the energy that radiates from within them. The only way societies truly change is through education. Making sure children—wherever they are—reach their full potential is key. I was glad to be on hand when Nico & Vinz were greeted with the opening ceremony of an IRC-supported primary school for over 300 kids in the remote village of Djibadougou. 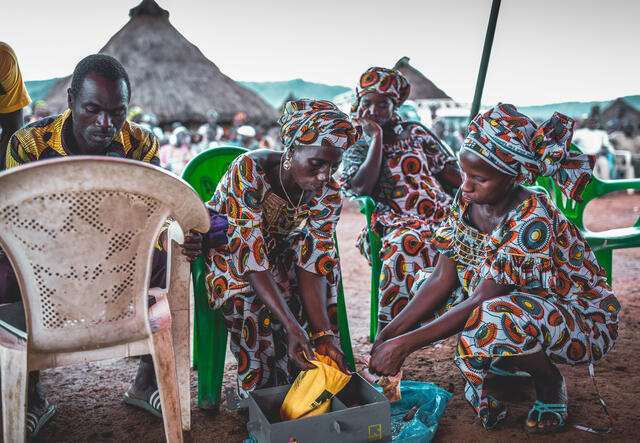 Saving for the greater good

After a delicious Ivorian meal, we travelled on to the village of Bouinda, where we received another warm, musical welcome. Here, Nico & Vinz witnessed an IRC village savings and loans association (VSLA) in action. VSLAs are groups of around 30 women, usually mothers who lack the financial resources to send their children to school; they contribute to both a savings fund (for their families) as well as a solidarity fund (for community emergencies).

Essentially, we saw women taking control of their own futures. They were women sharing their last pennies for the greater good of their village.

This stop in our journey was better than a “Law & Order” episode.

Over a year ago, as part of its work to combat violence against women in the village of Blapleu, the IRC identified a group of 15 women and men to observe their surroundings for possible violent behaviour and meet once a month to present their findings to village leaders and discuss the issues. Together with the leaders, the group determined a set of customary laws to be implemented in cases of theft, adultery, violence, rape, and other crimes. The laws encompassed monetary fines to be paid to victims and to a community fund.

On this very day, the group was considering an amendment to an existing law that prescribed the penalty for rape. They believed that, in addition to paying a fine, rapists should also go to jail. The representative of the group addressing the village leaders was a passionate speaker who nevertheless presented her case in a thoughtful, respectful way. 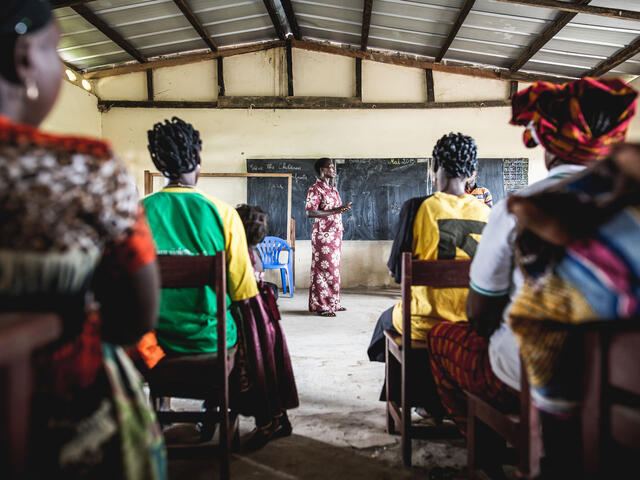 A group of residents presented ways to reduce violence in their community for consideration by village leaders.
Photo: Christian Bastiansen/IRC

The back-and-forth between this woman and the leaders was incredibly powerful; we were on the edge of our seats as we observed the deliberation. The entire village was also mesmerised; children and men stood outside the room, straining to catch a glimpse of this historic moment.

After about 30 minutes, the village leaders accepted the proposition—and the crowd waxed ecstatic. It was such a joyful, genuine display of relief, excitement and hope. People of all ages were chanting, singing, dancing, and inviting us to join in. We thought, “A step in the right direction—coming from women themselves!”

Imagine having one nurse at one medical centre for an entire 50-kilometre radius of villages? No ambulance. And the nurse makes house calls! That’s the case in Zonneu.

A local nurse was speaking to an audience of around 200 people about the importance of delivering babies at the centre—not at home—in an effort to decrease the high maternal mortality rate in the region. The IRC recently rehabilitated this centre as well as the adjacent home of the nurse in order to improve services for Ivorians. 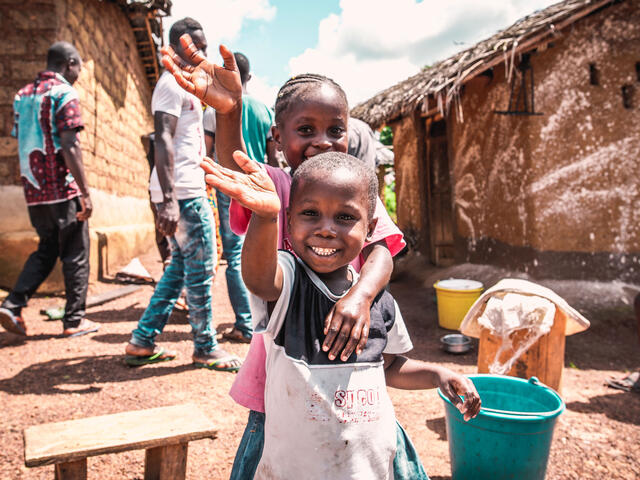 Ivorian children wash their hands in the village of Monleu after using a latrine. This rural community of 365 residents was once ravaged by cholera.
Photo: Christian Bastiansen/IRC

At noon, under a brutally hot sun, we entered the small village of Monleu, where the IRC’s water and sanitation staff, together with the people of the community, have ended the practice of open-air defecation.

In Monleu, Nico & Vinz saw first-hand how basic information about hygiene can mean the difference between life and death. Through the IRC’s work, from demonstrating the best way to wash hands to teaching people to build latrines, the village has not had a single case of cholera (a water-borne disease that can kill within hours) in over a year—a spectacular achievement.

We stopped by the town of Danané to see three men who, despite disabilities that have thoroughly limited their mobility, have started their own businesses with IRC microloans. Two of them had joined forces to open a cell-phone charging station, while the other built a broom manufacturing business. Both enterprises are thriving—the brooms are being exported to Mali! 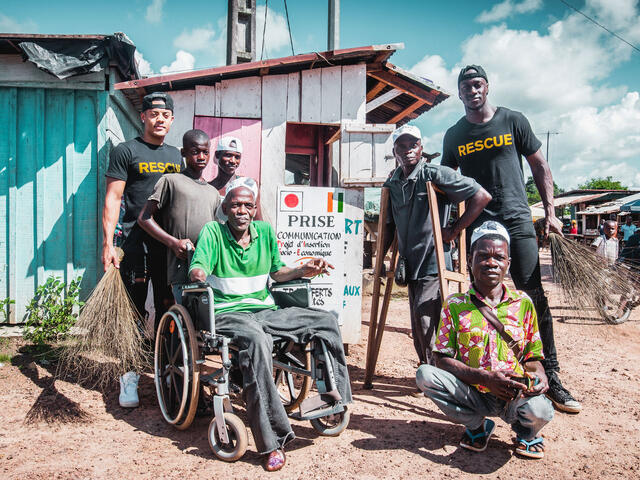 Nico & Vinz stepped into a centre for children orphaned by HIV/AIDS. The topic of the day was “hygiene,” and the children put together plays and wrote and recited poems as a way of learning the best practices for staying healthy and preventing the spread of disease.

Full of life and emotion, each child had a unique energy that captivated everyone watching. Four girls presented an interpretative dance for the singers' international hit “Am I Wrong?” They had been practicing the performance for over a week.

Children at the centre for HIV/AIDS orphans received hygiene kits equipped with a toothbrush, toothpaste and other supplies to keep them healthy.
Photo: Christian Bastiansen/IRC

"Despite their situation, it was inspiring to see the hope and happiness in the children and how the IRC is supporting them," the artists said. "It’s always beautiful to see a child’s innocence and joy especially under their situation."

The last stop of the trip was a visit to an Ebola treatment centre. Not only was it empty, but it had never been used—but that was the point of its construction. Neighbouring countries of Guinea, Sierra Leone and Liberia have felt the dramatic consequences of Ebola, but so far Ivory Coast has not been directly affected. This centre, though, can be fully ready in less than 24 hours if need be. We hope it never will.

The IRC in Ivory Coast