The International Rescue Committee (IRC) and the IKEA Foundation are partnering to support urban refugees and host communities in East Africa to secure livelihood opportunities.

East Africa hosts more than five million refugees, many of whom have trouble finding safe and sustainable work after escaping war and persecution in their home countries. While they are often drawn to seek opportunities in rapidly growing cities as they rebuild their lives, refugees—like many local residents—suffer from high levels of unemployment and minimal access to banks and loans, city services and social safety nets.

The International Rescue Committee and our partners are working together with the IKEA Foundation on a five-year, €30 million ($35 million) initiative to develop livelihood opportunities for these vulnerable communities. The programme, Refugees in East Africa: Boosting Urban Innovations for Livelihoods Development (Re:Build), seeks to provide job support to 20,000 people in the urban areas of Nairobi and Kampala. The programme is unique in that it will not just serve refugees, but also their neighbours in host communities, helping the two groups work together and break down barriers. It is also designed to ensure that lessons learned and best practices are documented and shared with other organisations, so that even more people can be reached. 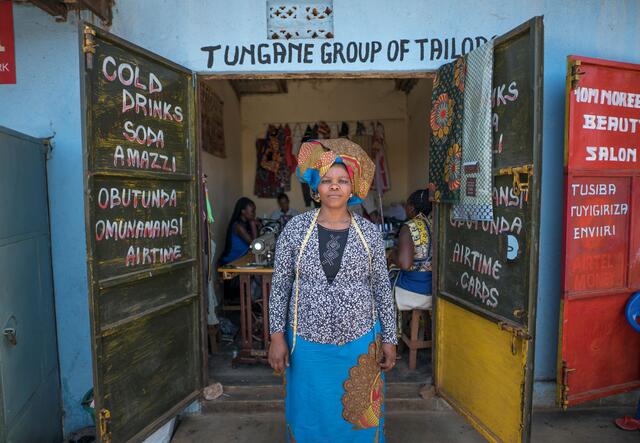 “We want refugees to be able to have meaningful, sustainable livelihoods,” said Priscilla Dembetembe, the project director for Re:Build at the IRC. “For us to bring a sense of community, cohesion and togetherness, we should, as much as possible, also provide support to host residents in these areas where we are going to be supporting refugees.”

A catalyst for change

Since the project launched in January 2021, the IRC has been working closely with local communities, governments, and the people that the project will serve to hear their concerns and address their needs. 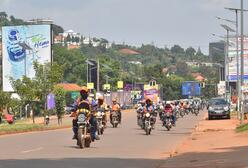 “Re:Build seeks to facilitate changes in policies and systems that will build strong markets and enable access to city services for refugees and host communities,” said Dembetembe. “If there's a gap in the market, let’s address that gap and get things moving. We really are a catalyst.”

We are also working to help women safely enter male-dominated industries; for example, Kampala is home to a vibrant transportation industry where Boda Bodas—motorbike taxis—are used to ferry people between locations.

“For now, we see that it's really male-dominated, but there are opportunities for us to support women to enter the industry, if we work with local authorities and business owners to provide a safe environment,” said Dembetembe.

Finally, we are working with private companies to recruit refugees through apprenticeship programmes, where they can gain the skills and qualifications they need to eventually become full-time employees. Meanwhile, if refugees have certifications from their home country, we can work with local authorities to get them accredited and better equipped to secure employment in their new city.

“At its core, Re:Build is about learning,” said Dembetembe. “The programme is a living, breathing initiative that will provide cutting-edge research as it grows, course-correcting itself and sharing learnings globally for others to do the same. 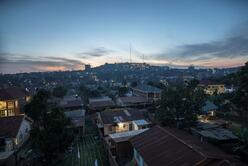 Kampala: Re:Build launched in the Ugandan city and in Nairobi, Kenya, but has the potential to expand across East Africa and beyond.
Photo: Andrew Oberstadt/IRC

“Our goal is really to provide evidence: rigorous, qualitative, feedback from the clients we seek to serve about their experiences with the programme. We’re trying to think outside the box and test those things that others may have tried and generate evidence on what works/does not work.”

Especially since the project was conceived during the COVID-19 pandemic, the IRC, our partners and the IKEA Foundation have worked together to be flexible and collaborative.

“If we plan to do something but it doesn’t work, we document it and then try another model—the uniqueness of Re:Build is in this iterative nature,” said Dembetembe. “The IKEA Foundation is very receptive to flexible and adaptive programming that is responsive to  the evolving context, especially in light of the pandemic.”

A model for the future

Re:Build aims to serve as a model for future refugee programmes and policies created by nonprofits, government organisations, and the private sector. 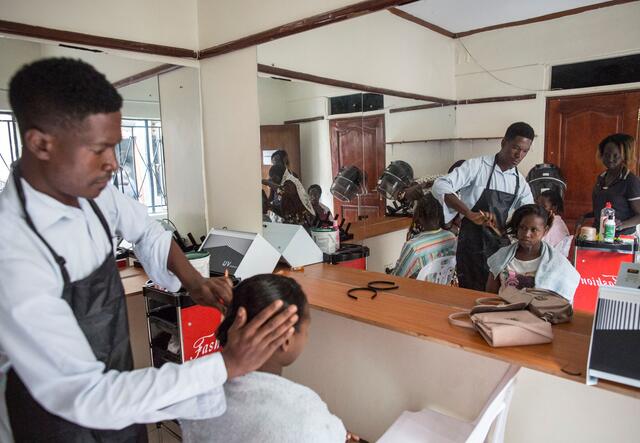 An IRC-supported hairdressing training class in Kampala. Through Re:Build we are working with private companies to recruit refugees through apprenticeship programmes, where they can gain the skills and qualifications they need to eventually become full-time employees
Photo: Tara Todras-Whitehill/IRC

The Re:Build initiative has started in Nairobi and Kampala, but it has the potential to expand across East Africa and beyond.

“We would like to see the practices and policies that we will implement in Re:Build being adopted by other cities that are hosting large numbers of refugees,” said Dembetembe. “Ultimately, we would be very happy if we can get to that level.”

Read more about how the IRC works to improve livelihoods opportunities for long-term economic wellbeing, and about our broader work in Uganda and Kenya.