Rescuing futures in Greece: “I see the children transform like butterflies”

“When the children first arrive at the Safe Zone they are often distant and angry. But as time goes on, I see them transform like butterflies.”

Ketty’s seen first-hand the impact that living in an IRC-run Safe Zone has on refugee children who have arrived in Greece alone. She joined the International Rescue Committee in April last year as a support worker.

The children she cares for have fled from countries like Iraq, Syria, Pakistan and Afghanistan. Many have had to endure gruelling journeys by foot, sleeping out in the open with no one to protect them. Arriving in Greece alone, they may be detained until they can be referred onto other services. 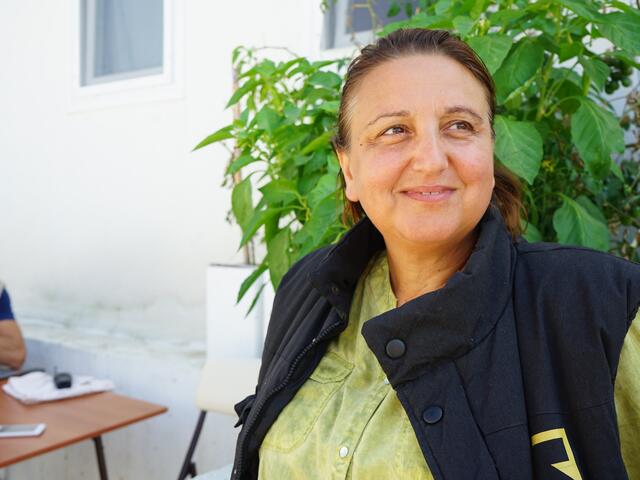 Ketty's hope for the children living in the Safe Zone is that they will make "good choices".
Photo: IRC/Lucie Horton

One of those services is our Safe Zone in Greece, offering 24/7 care and shelter. The children decorate their living spaces themselves: their own paintings, throws and rugs they’ve brought from home adorn the space. In one room, a child has made his own mobile to hang from the ceiling, it’s coloured paper hearts flutter in the breeze. With flowers nestled in colourful tyres and friendly dogs lying around in the sun, it is a world away from the horrors they’ve fled and the austere living conditions in the detention centres many have experienced.

But perhaps most importantly, the children have adults there, the IRC child carers, to listen to them. They’re there to help them cope with their emotions and support them on their next steps. The children gravitate towards Ketty, her matriarchal warmth thawing the armour of ice many of the children arrive with. 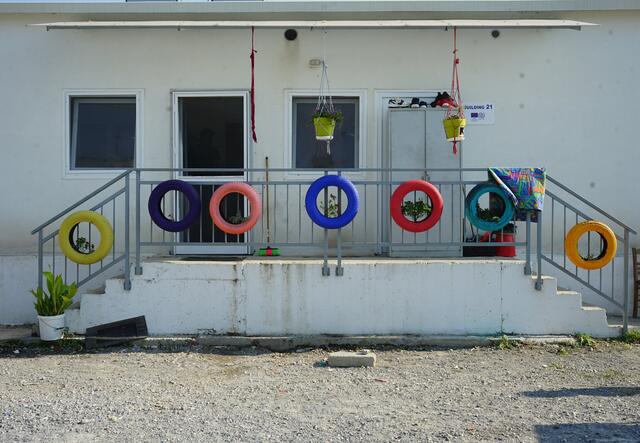 Our IRC Safe Zone in Greece gives children the opportunity to rebuild their lives with 24/7 care and support.

“The ice breaks when they get sick or they get toothache,” she says. “I am the one who gives them the medicine to gargle the doctor has prescribed, often they don’t take it with their hands, instead they open their mouth and let me feed them. When you see a child who is fierce on the first day show their vulnerability like that, it is very emotional. It makes me think, you are just a little child, here without your parents.”

“Every child is different and has different needs,” Ketty explains as she sits outside the Safe Zone building, surrounded by plants she’s nurtured with the children. “Some children are lonely. We try and not let them be secluded and integrate them with the team. They’ll spend weeks closed off until one of the other children asks them to play. Slowly, they start to open up. All of them show a desire to have new experiences.”

Ketty’s noticed a tenacity and drive in many of the refugee children. They’re inventive and eager to learn. 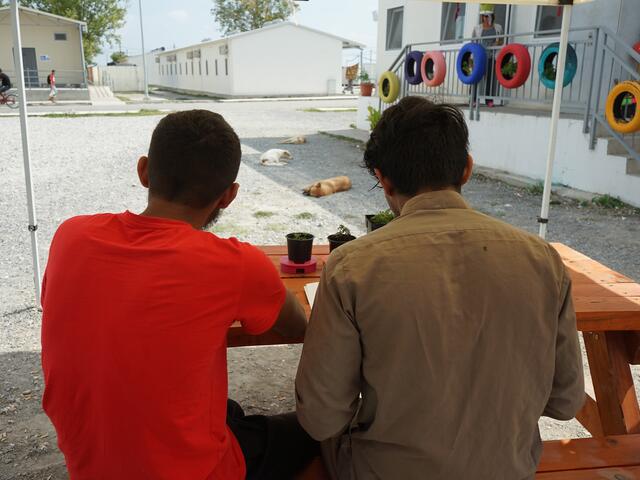 An event at the school the children attended encouraged Greek parents to bring in dishes. The children living in the Safe Zone created their own, taking recipes they’d learnt back in their home country. “I felt proud because I could see the kids were carrying their culture, which they always carry within themselves, but for the first time they could actually show it and I felt proud that I was with them.”

She goes onto describe one boy who continuously studied and relished the English lessons provided at the Safe Zone. “His English improved a lot whilst he was living here. He even learnt the names for all the bugs – he wanted to learn everything. When he was 18, he was hired by another NGO as a translator where my friend worked. I was very proud.”

As well as educational classes in the camp and enrolment in schools, the children living in the Safe Zone also have access to an on-site psychologist and lawyer. After going through so much, these vital services give them the opportunity to not just survive, but to rebuild their lives. Many will have to wait months or even a year for their paperwork and legal status to be accepted so they can settle in Greece, others are hoping to join family in other parts of Europe. Ketty’s desire is simply that they make “good choices”.

“I would like to see them in the future when they’re adults, perhaps ten years from now, that would be like a movie,” she says.

“I hope they make good choices, that is all I wish for them when they leave. I hope their choices lead them to good things. I hope they don’t end up victims of any kind of trafficking. Every child has their own dream: they hope they will lead a better life than the one they’ve left behind. Perhaps what they end up finding is not what they dreamt – but I hope it is good.”

Funded by ECHO EU Humanitarian Aid, the International Rescue Committee and our partner the Greek Council for Refugees provides unaccompanied children arriving in Greece with 24/7 care and shelter at the Safe Zone.