From the street to the classroom: getting Syrian kids back learning in Lebanon

It’s rainy and cold along the waterfront of Tripoli, the largest city in northern Lebanon. Despite being a school day, there are dozens of children walking up and down the ‘corniche’ with piles of CDs in their hands. Every minute or so they approach a passerby, sometimes a local, sometimes a tourist, to see if they are interested in buying a CD. Almost everyone says no.

Thirteen-year-old Bilal* has been working on the streets of Tripoli for the past two years. Originally from Aleppo, he would work 12 hours a day to bring in cash to support his family. 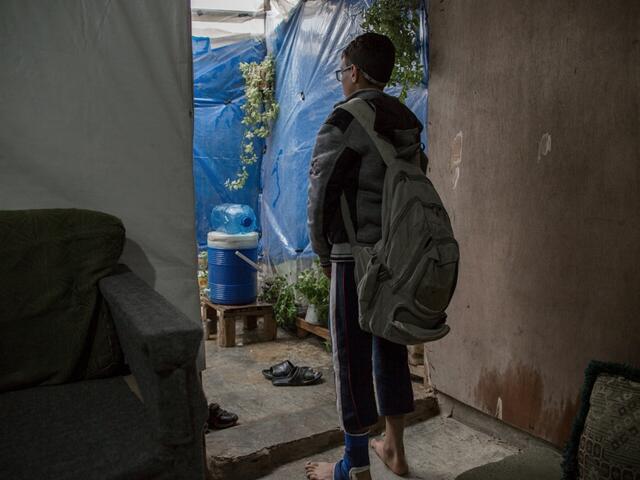 Bilal sets off to school from his home in an informal settlement near Tripoli, Lebanon.
Photo: T. Breuer for the IRC

Children working on the street is one of the most visible signs of the Syrian refugee crisis in Lebanon. Many of the 1.5 million Syrian refugees living in Lebanon struggle to afford food and rent, and some feel they have no choice but to send their children out to work.

A full day of work brings in barely a dollar an hour. Work long enough, and these children can still make a difference to their families.

But the price of working can be far higher than lost schooling or a wasted youth. Over two thirds of children working on the streets of Tripoli have experienced violence.

“I was scared for him, scared that something would happen to him. I would fear telling his father not to send him, he'd say we have no money,” says his mother Mariam*. 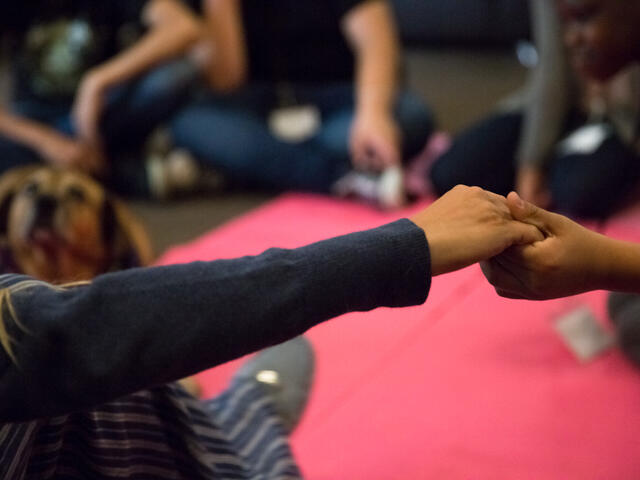 "Often his CDs would be stolen, he could have problems with other kids and get beaten up," explains Mahmoud*, father of 11-year-old Fouad*.

Fouad was just seven when his family fled Aleppo. The experience of war traumatised him. He had difficulty speaking and developed a strong stammer.

The IRC was able to make an immediate impact on Fouad's life. With support from his caseworker, Farah, Fouad is slowly beginning to speak again.

“The IRC offered him medical help, and psychiatric help, an x-ray for his head and blood tests. The treatment is ongoing, but hopefully he will be cured. He’s better than he used to be,” his father explains.

Every week Bilal and Fouad attend fun sessions run by the IRC. “I like the ball games. I like it when we draw,” says Fouad enthusiastically. 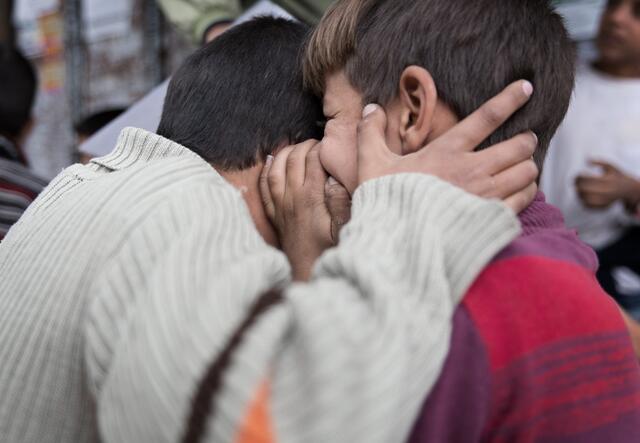 Two boys take part in Chinese Whispers during an activity as part of IRC's work to get children off the streets and back into school in Lebanon.

Through games and activities, this safe space gives children time to put aside their work and worries, and enjoy playing. Additionally, the children are given life skills lessons allowing them to discuss and overcome the risks that they face in their day-to-day lives, helping them to build up their resilience.

“My son has changed drastically since he met the IRC. His outlook is different. He has opened up and wants to go to school. Now, he runs rather than walking,” says Bilal’s father.

Getting children who work on the street back into school is a major part of the IRC’s response. In 2016 the IRC helped over 260 children attend school, even enrolling 150 in an accelerated learning programme to prepare them after years of lost education.

Now back at school, the boys are starting to dream of a brighter future. “I like studying at school. When I grow up I want to be a teacher. I want to teach Arabic, I'm going to get a job and teach Arabic!” exclaims Bilal determinedly.