Tortured and on the run from militias: The young men who escaped Libya

Young men, trying to escape from militia, have been gunned down in Bani Walid, about 180 miles from Tripoli. There are at least 10 fatalities and over a hundred injured. The local health clinics have none of the resources needed to treat the wounded. The survivors are being transported to Tripoli and many of them are in need of urgent care. Could the IRC assist?

The only answer is yes.

Dr. Eddin swiftly rallied his team. They were the first to arrive at the local detention centre to receive the wounded.

That day and the following, the IRC’s medical team worked around the clock to ensure that these young men – some of whom were under the age of 18 – received the care they needed. Primarily from Somalia, Eritrea and Ethiopia, they represent a few of the thousands of young men who have gotten caught up in the general lawlessness and wanton violence that pervades Libya today.

Their experience is – unfortunately – far too common.

In April of this year, IRC staff met with several young men in Italy who had travelled to Libya, either in search of work there, or because they were hoping to reach Europe. To a person, they described stories of indiscriminate violence and horror. Very few wanted to be photographed and, of those who did, the majority only agreed to be photographed from the back.

Here are some of their stories – the details of which you may find shocking, and which include references to torture and rape. 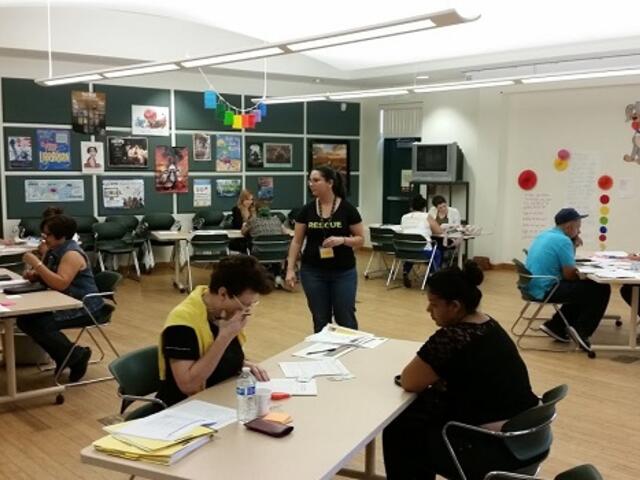 Imagine this. You are being held in a holding pen in the middle of the Libyan Desert. You are watching as the men who are holding you there – by force – threaten to rape a young boy who is travelling alone. They are shooting a video of these threats which they will send to his family as a means to extort them for money. You are there but there is nothing you can do. If you do anything, if you show any emotion they will turn on you too. And life is cheap here. And you know what these men are capable of. So you keep still.

“Max” is from Aleppo, Syria. He fled because of the war, and flew first to Sudan before starting on the trek north through the desert. Avoiding criminal gangs in Libya was impossible. From the moment he crossed the border he was quite literally at their mercy. He was dropped in the desert by smugglers and criminal gangs picked him up. If he didn’t go with them he would die. If he did go with them he was theirs to torture and extort for money.

His captors were adept at both psychological and physical torture. “There used to be people using electric sticks. They burned people with plastic.”

And frequently on camera. They would ask you to pay them and if you didn’t have the money, they would tell you to call your family and ask “to pay enough to keep you alive.” 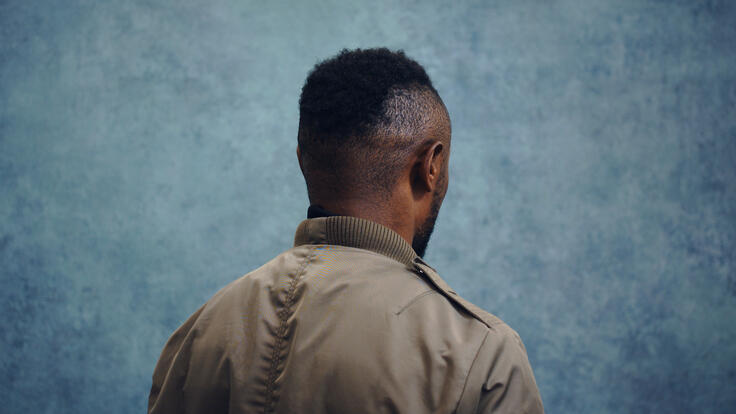 Imagine this. You are hurtling through the desert on the back of a pick-up truck. You are squashed in there, possibly 40 people, one on top of the other, finding it almost impossible to breathe. The pick-up is flying through the desert at breakneck speed, it hits a rock, swerves, and before you know what has happened, you are on the ground. It is the middle of the night. The truck driver doesn’t see you fall. And even if he did, he won’t stop anyway, such his is intent to get to the next drop-off point so he can relay his cargo, and get his cash.

This is what happened to “John,” a soft-spoken but assertive 30-year-old from Nigeria. He had just left Agadez, Niger, and was intent on getting to Libya. Through good fortune, he was able to save himself but he says, others were not so lucky. Dead bodies were littered across the desert. He did not know how they died. 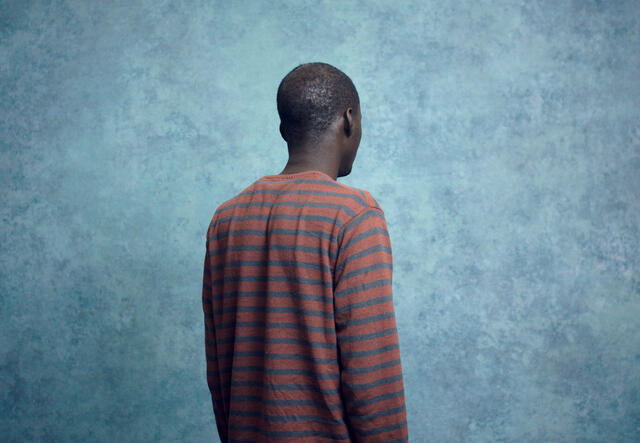 Imagine this. You are crammed into a militia-run prison in the Libyan Desert. It is the morning after a failed attempt to escape. Militia guards walk in. They want to know who led the attempt. No-one speaks. The guards leave. They come back a few hours later with a machine gun.

Three men stand up. A guard points his gun at one of them, and, right in front of you, he shoots him dead. The guards then take the second man and, again, before your eyes, beat him to death. The third person they take with them. You never see that person again.

They are propelled to Europe out of fear for their lives

This all happened in front of “Barry,” a sweet, kindhearted, deeply traumatised 22 year old from Gambia. And it is not the whole story. He too was shot in the leg by militia as he tried to escape a militia-run facility. He lost his best friend in Libya. They were separated, deliberately. The last thing he heard his friend cry out was his name. He has had no word from him since.

The young men the IRC treated in Tripoli in May were deeply traumatised. So too these young men in Italy. It’s worth noting that only 1 in 5 of those in Libya travel on to Europe. In some cases, they come in search of a better life. In other cases, they come because life has become too dangerous for them in Libya. They are propelled to Europe out of fear for their lives.

These stories have not been told before. It's up to us to make sure they're heard. Share on Facebook.

What politicians need to do

The IRC calls on EU member states to work with the Libyan authorities to find and support alternatives to detention for those in need of protection.

The only way to bring peace to Libya is through a political process. With over 1.1 million people in need and over a thousand militias vying for territory, every effort must be made to find a peaceful resolution to this crisis. The IRC welcomes the agreement by the four leading political parties, in May, to work towards democratic elections in December.

What the International Rescue Committee is doing

The IRC has been responding in Libya since September 2016. We provide critical health care in north-western Libya and in two detention centres in Tripoli.

In Italy, the IRC works through a local partner to provide psychosocial support to young men and women who have escaped the horror of Libya.