Top moments of 2021 that gave us hope

December 22, 2021
Photo: Together with refugees

2021 hasn’t been the easiest year but as we reflect it’s important to remember some of the positive moments that kept us going despite the challenges and uncertainty.

England’s football team got to the final of the Euros

This summer the UK went football-mad as England made it to a final for the first time in over 50 years. The young team were praised for representing the diversity of the UK. The UK is home to people from all backgrounds and cultures, enriching our communities and contributing to our success.

Brits showed kindness and compassion as they welcomed refugees from Afghanistan

In the summer, the world watched in horror as events unfolded in Afghanistan causing immense uncertainty for people living in the country. Many attempted to flee the country.

As the UK government agreed to resettle 20,000 Afghan refugees over the next few years, Brits from across the UK did what they could to welcome refugees. From donating clothes to offering their spare rooms, people in the UK stepped up to make Afghan refugees welcome.

In Brighton, Together with Refugees met on Brighton Beach to create a giant orange heart; spreading the message that refugees are welcome in the UK. 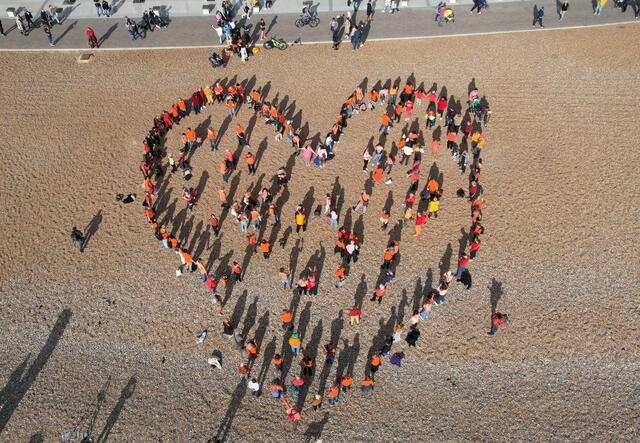 In Brighton, Together with Refugees met on Brighton Beach to create a giant orange heart, spreading the message that refugees are welcome in the UK.
Photo: Together with refugees

The IRC is also supporting Afghan refugees as they integrate into their new communities in the UK, through Refugee Integration in Southeast England (RISE). Find out more and how you can support here.

For the first time ever, an official refugee team competed in the Paralympic games that were held in Tokyo this summer. The team consisted of one woman and five men.

Rather than representing a specific nation, they represented the 82 million people who have been forced to flee their homes and cross into another country.

The IRC started supporting refugees in the UK

This year the IRC has started working with refugees in the UK for the first time. RISE supports newly resettled families, equipping them with the skills and knowledge they need to thrive in the UK.

We support refugee families living in the UK like Maasom’s. After their daughter Nasrin was born with life threatening heart-condition, Maasom and his wife Hiba left everything behind to resettle as refugees in the UK so that Nasrin was able to get the lifesaving treatment she needed. Today, the family are supported by the IRC as they navigate life in the UK. And this year, 4-year-old Nasrin started school for the first time. Watch the family’s story below: 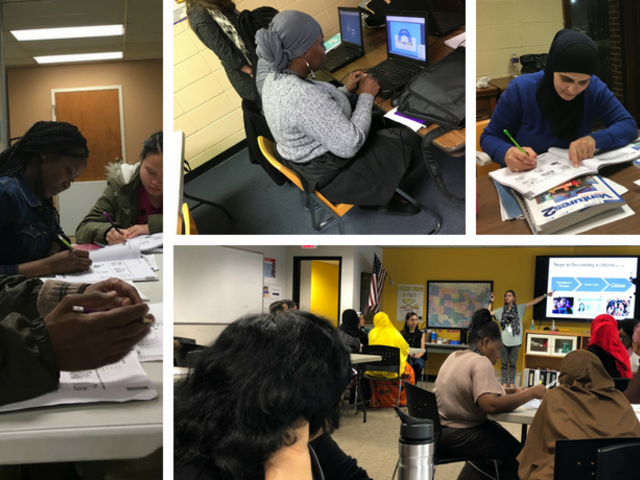 Covid vaccine for refugees: one step closer to vaccine equality

As the coronavirus vaccine rollout continued across the UK and other western countries, the IRC worked to get vaccines to people who need them most in crisis-affected areas where healthcare systems are strained and people are living in cramped conditions.

Yet, there is still a long way to go until everyone in the world is vaccinated. Find out more here.

Little Amal, a giant puppet brought to life by the Good Chance Theatre company in The Walk, travelled 8000km across Europe in 2021. The Walk represented displaced boys and girls around the world as they search for safety and a place to call home.

As official friends of The Walk, the IRC was amongst the crowds to welcome Little Amal to London and we were filled with pride to see the warm welcome she received. From groups of children welcoming her with open arms and even chanting her name, to speeches from leaders declaring London as the most diverse city in the history of the world with "room for everyone."

Imagine not being able to see or hug your brother for ten years.

That’s what happened to brothers Ali and Mehdi, both child refugees from Afghanistan who were kept apart for eleven years. Below, watch the moment they were finally reunited, with the help of the IRC.

IRC staff around the world are responding to climate change

The World Bank has predicted that the worsening impacts of climate change could force over 140 million people to be displaced within their home countries by 2050. The IRC is currently undertaking climate programming in approximately 20 countries, but all around the world, our teams are seeing the consequences of the climate emergency firsthand.

Environmental Health and WASH manager, Solomon tells us about how the IRC is using solar panels for power in Nigeria:

“We try as much as we can to reduce biohazards and carbon emissions from our generators when operating boreholes in displacement camps and across communities. So one of the methods that we use to adapt to saving the planet and meeting the needs of people is using the solar system to power our generators and supply water to the displaced population.” 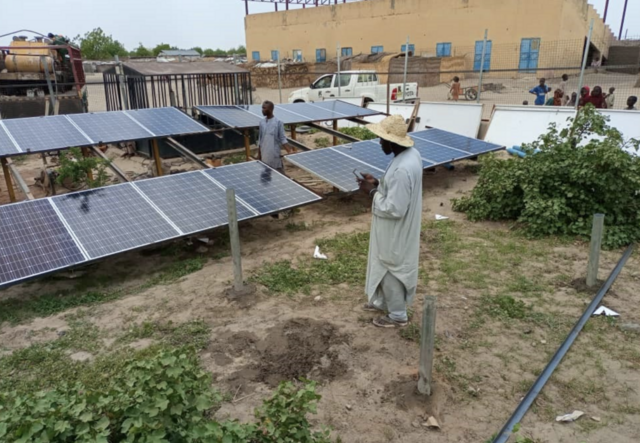 “By using solar power we help in saving the planet as well as utilising the natural resources that we have.” Says Solomon, Environmental Health and WASH manager in Nigeria.

Hear from other IRC staff members on how climate change and extreme weather is affecting the communities they work with, and how they are doing their bit to care for both people and the planet.

We celebrated the courage of refugee artists on World Refugee Day

On World Refugee Day this year, we celebrated refugee artists who use their creativity to connect and heal—bringing people closer together.

Diala Brisly, a Syrian artist and refugee living in France, created an illustration for the IRC for World Refugee Day that embodies the statement "Refugees are courageous." 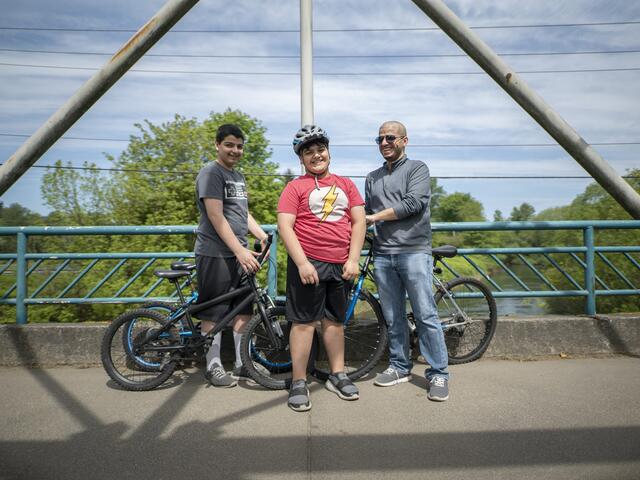 In January 2021, the IRC was excited to welcome the new Biden administration to power in the United States.

After assuming office, President Biden inherited a refugee admissions ceiling of 15,000 for fiscal year (FY) 2021 - the lowest in modern history. The president committed to raising this ceiling while on the campaign trail but when he initially had an opportunity to lift the record-low resettlement cap, he declined. The decision threatened to leave thousands of refugees in limbo and in need of safety.

Americans spoke out, and Tens of thousands of people, including IRC supporters, made phone calls urging the administration to change course. Following public outcry, the president raised the admissions gap for fiscal year 2021 and later fulfilled his campaign promise to set a fiscal year 2022 cap of 125,000 refugees.

Get the facts on the U.S. refugee resettlement program and find out what President Biden is doing to welcome #refugees from #Afghanistan and around the world. ↓https://t.co/4IBOWWKoJi