At 27 years old, Fernanda Levin was forced to leave behind her parents, siblings and home simply so that she could safely be herself.

A transgender woman from El Salvador, Fernanda would eventually make it to the United States, but the journey was not easy. She took a bus across El Salvador and used a makeshift raft to cross Mexico’s southern border. For a time, she was one of the hundreds of thousands of people stranded at the dangerous U.S.-Mexico border. There, she sought safety in an IRC-supported shelter in Mexico created and run by trans women in the same predicament.

Fernanda is just one of many people in the Americas who have been forced to flee danger and seek shelter in the U.S. Below, her story.

Northern Central America is considered one of the most dangerous regions for women and LGBTQ+ people. In El Salvador and across the region, trans women are especially vulnerable. The life expectancy for a trans woman in El Salvador is just 33 years, a staggering 41 years lower than the population average.

Fernanda encountered discrimination even before she could safely transition. While working at a fast food company, her employers noticed that she dyed her hair in bright colours. In 2019, they fired her because of it.

“El Salvador does not allow people like us: either you are a man or you are a woman,” Fernanda said. “It was difficult for me to find a job, because the woman who lived within me began to show up, even before starting any treatment.”

The discrimination extended to Fernanda’s family. Her parents, who had supported her, started receiving hate messages and were harassed.

Fernanda found a new job as a female celebrity impersonator in nightclubs, but she still was not safe. One night after leaving work, she and her sister were attacked, targeted because Fernanda was wearing women’s clothes.

“The reason I left El Salvador was because I didn't feel comfortable identifying myself as a gay man,” she said. “I wanted to open up, explore who I am. I began to acquire the attitudes of Fernanda—who I am today—but that was very hard for society." 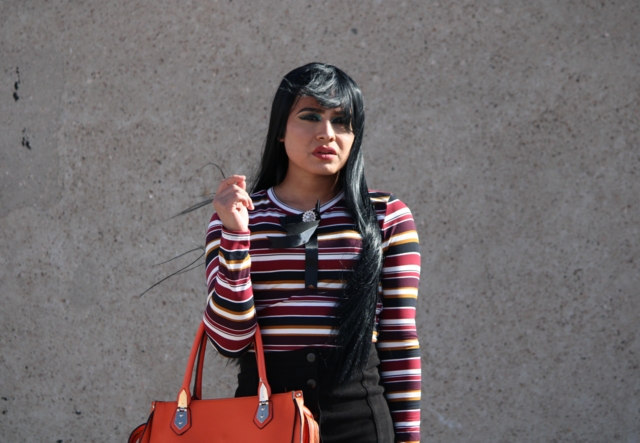 “You could say that I am the only trans woman in my community, or the only one who had the courage to come out, and that's how I started to be singled out and discriminated against,” said Fernanda.
Photo: Everardo Esquivel for the IRC

As she realised that living in her hometown meant putting her family at even more risk, Fernanda looked into options for seeking asylum somewhere, where she could safely be herself. She learned that the United States was a safer place for trans women than El Salvador. In September of 2020, she decided she would use what resources she had to undertake the journey to the U.S.

Fernanda initially considered making a life in Mexico, but became discouraged when she met another trans woman whose asylum application was denied. Instead, she made her way to Ciudad Juárez at the U.S.-Mexico border.

Northern Mexico is facing challenges that have been intensified due to restrictive asylum policies in the U.S. The Biden Administration has continued the Trump-era policy, known as Title 42, which refuses entry to asylum seekers under the pretext of public health. Title 42 continues to be used and expanded to turn away asylum seekers at the U.S. border, depriving them of their legal right to seek safety in the U.S.

Experts agree: there is no public health rationale for denying people their legal right to claim asylum at the US border. It violates U.S. refugee and anti-trafficking laws, and international treaty obligations.

As a result of this policy, many asylum seekers have found themselves stranded in Mexican border cities where they encounter risks such as human trafficking and rising violence perpetrated by organised criminal groups. Local communities face these same dangers while also trying to respond to the needs of arriving asylum seekers.

At the border, as in many places, women, children and LGBTQ+ people are most at risk. After arriving in Juárez, Fernanda discovered a group of trans women who had created a shelter for the LGBTQ+ community.

When they could not stay at another shelter, eight trans women founded Casa de Colores in September 2020. Created out of an abandoned building that one of the women’s former employers had lent her, the space hosted a total of 43 people, mostly trans women. The IRC helped by providing cash assistance to the residents and other support. 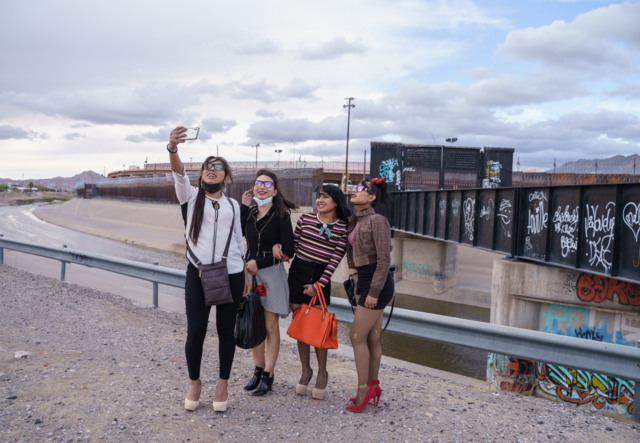 Fernanda poses for a photo with other women from Casa de Colores.
Photo: Paul Ratje for the IRC

“When we arrived at Casa de Colores, the IRC gave us an aid card, which was the only income we had for three months,” Fernanda said. “The card was our support. We used [it] to buy food, we also bought warm clothes, because we didn’t have any. We did not know that Ciudad Juárez was very cold…we came from the heat of Tapachula!”

Gianna*, a 25-year-old trans woman from El Salvador, was one of the eight women who founded the shelter.

“Casa de Colores could be considered a second family because we all support each other, no one is unprotected,” Gianna said. “If one of us is sick, the other tries to help her; if some food is needed, we find ways to cover that need.” 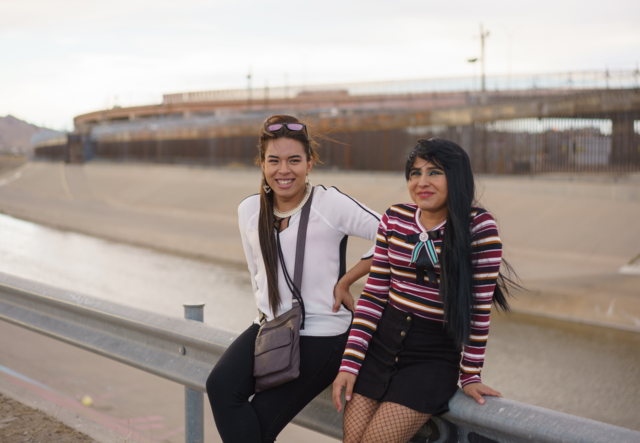 Gianna and Fernanda sit together in Juárez, Mexico.
Photo: Paul Ratje for the IRC

Seeking asylum in the U.S.

Fernanda was finally able to cross into the U.S., along with many of the women from Casa de Colores. Title 42 remains in place, however, and many asylum seekers with similar stories continue to be turned away.

“My dream upon arriving in the United States is to find a decent job, to have an income to help my parents,” Fernanda said. “I want to feel like a productive person for society, doing whatever I can: as a waitress, cleaning staff or cook. A decent job for me is where you can do something that is paid for and that is not denied to me because of how I look."

“I try not to think too much about my past but about what awaits me in the future and how today will surprise me.”

The IRC is responding along the main migration corridors in Mexico: from the southern to the northern borders and along the routes through the country.

Our support is focused on addressing urgent needs, including:

In El Salvador, the IRC serves individuals and families in vulnerable situations or at increased risk for violence and displacement, including members of the LGBTQ+ community who are survivors of gender-based violence.

In the U.S. the IRC’s 28 offices provide a range of legal services, case management, mental health and medical evaluations, and other services to asylum seekers and other individuals in need of protection.

You can read more about the IRC's work around the world in our annual report.