Daniel has been living in Kakuma refugee camp in Kenya since fleeing Sudan in the mid-90’s. Known as “Commander” by his neighbours because he was a soldier in the Sudan People’s Liberation Army (SPLA), he now lives in his mud brickhouse with four dogs.

We met him as he was walking home from the hospital, where he is being treated for a bad cough he developed from exposure to the cold. The medical staff had offered him a bed, but Daniel declined it, saying he could not be away from his beloved pets.

“He has come a long way,” says IRC mental health officer Alex Kalatu, referring to Daniel's post-tramatic stress. “When we first admitted him into the programme, Makou couldn’t comprehend much. Now he knows his drugs and takes his medication and can hold a sound conversation with people.” 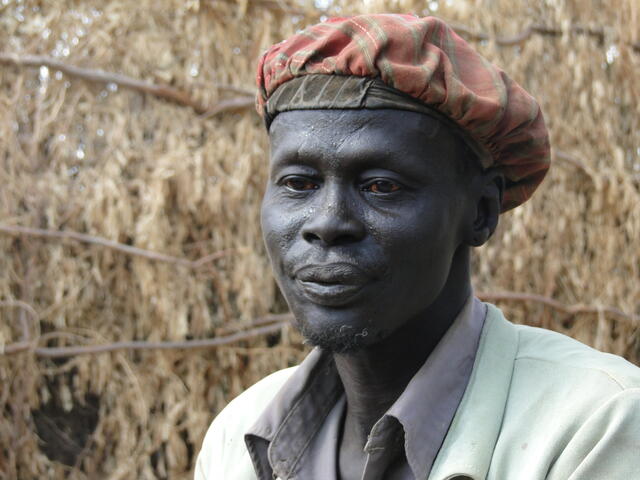 Daniel, an ex-soldier from the Sudan People’s Liberation Army, fled to Kenya's Kakuma refugee camp in the mid-1990s. He suffers from post-traumatic stress. The International Rescue Committee provides mental health and psychosocial support for his disorder
Photo: Lizzy Ongoro/IRC

The IRC, in collaboration with the United Nations refugee agency known as UNHCR, has been working diligently to remove the stigma attached to refugees suffering from untreated mental illness.

Lack of knowledge, superstition, and a tendency to fear and exclude people perceived as different, all contribute to the blatant discrimination and routine human rights violations of people suffering from mental disorder. Many have no one to look after them or advocate for their needs.

Post-traumatic stress disorder is the most common type of mental illness seen in Kakuma, especially among new arrivals from South Sudan fleeing the ongoing conflict in that country. “There exists a strong positive correlation between wartime events such as witnessing the death of comrades, friendly fire or IED explosions,” says Kalatu.

At home and even in some clinics, mentally ill patients are guarded and, at times, shackled to their beds. “It's humiliating to see them shackled,” says Kalatu. “It's degrading, and it affects their self-esteem, as it would anyone’s.” 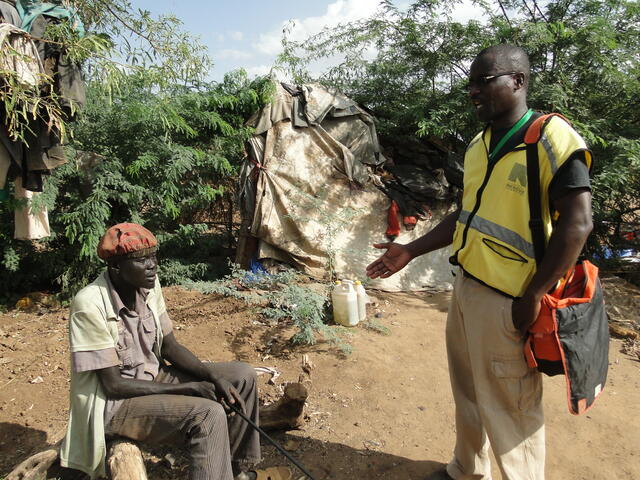 Daniel sitting in front of his house during a routine home visit by the mental health officer Alex Kalatu in Kakuma refugee camp.
Photo: Lizzy Ongoro/IRC

The situation prompted Kalatu to initiate the programme. He and eight assistants see an average of 140 patients in the camp every week, as well as conduct screenings and community follow up. They have been able to put more than 90 percent of their clients on sustainable, safe medication and initiate psychosocial interventions that have proved effective in treating mental disorder.

At the IRC occupational rehabilitation centre, for example, patients are encouraged to undertake household chores, tasks that keep them engaged and increase their sociability. The IRC is also providing health education to patients’ relatives and caretakers.

Daniel has benefited from the therapy and medication he receives at the health centre, says Kalatu, who is confident that he will recover. Investing in mental health, he says, results in individuals better able to cope with stress and conflict, and communities that enjoy a better quality of life.